High-speed photography is a fascinating way to capture the images that we don’t often get to see. So many amazing things happen in the blink of an eye – moving too quickly for us to see more than a blur and the aftermath. Using clever equipment and quick shutters, these talented photographers freeze time and illuminate one single critical moment. If they time it just right, high-speed photographers can catch a moment of impact, explosion, or surprising movement – and it makes for incredible art. 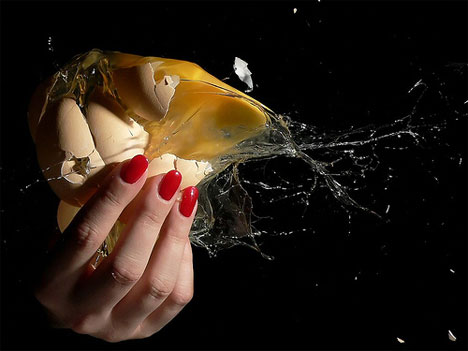 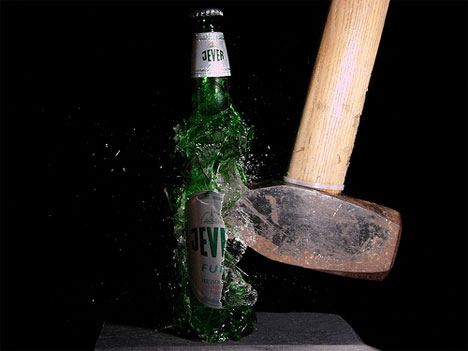 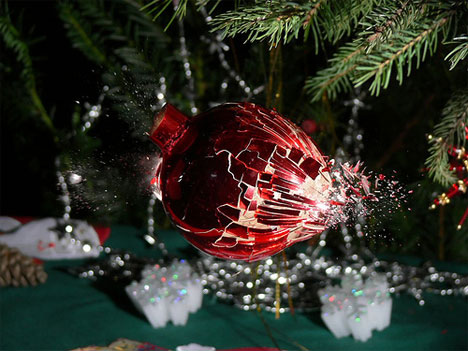 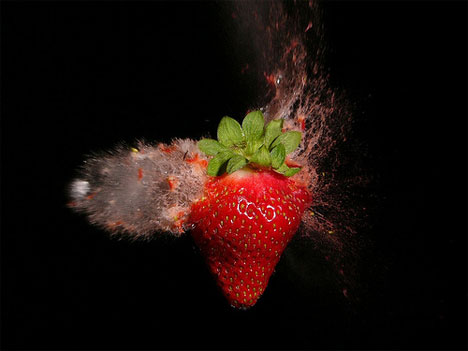 Stefan’s high-speed photographs combine the sophistication of fine art and the fun of watching stuff explode. The brave hand model with bright red fingernails in many of his pictures holds items which are then shot with a gun. The resulting images are not only beautiful, but fascinating – not to mention a little dangerous. 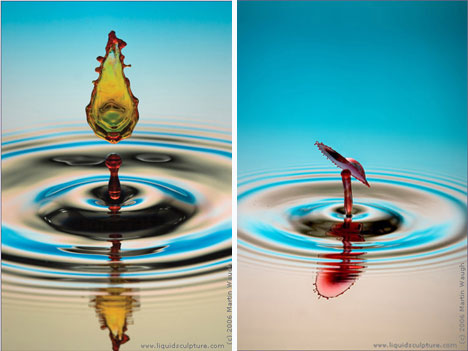 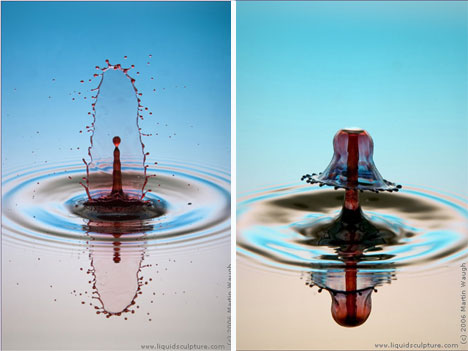 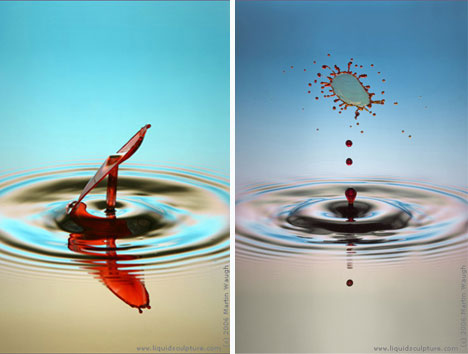 The liquid sculptures of Martin Waugh are amazingly intricate and often involve surprising shapes. Although he admits that liquids are difficult to control, Martin Waugh seems to have a knack for capturing the perfect moment. His images are created with high-speed flash photography and cleaned up – but not altered – in Photoshop. The combination of movement, color and organic shapes makes these images unforgettable. Martin Waugh kindly shares his techniques on his blog, and he also sells prints of his work. 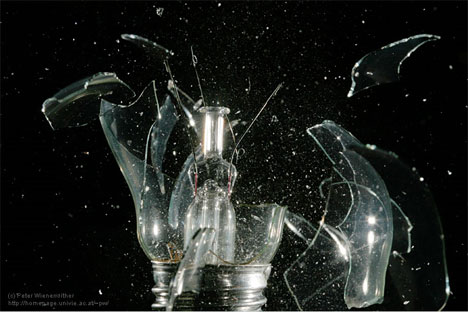 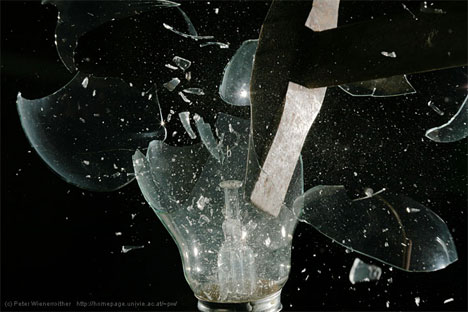 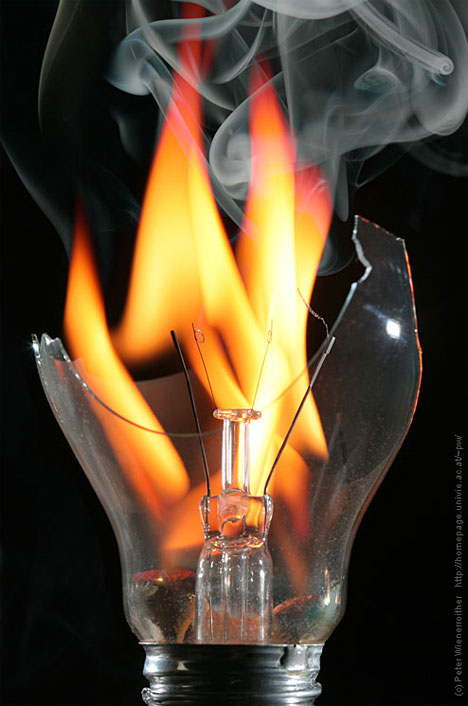 These images from Peter Wienerroither of light bulbs shattering and burning show just how much detail can be captured with high-speed photography. Each tiny bit of glass is illuminated and frozen in mid-air – and you can almost hear the sound of shattering glass. 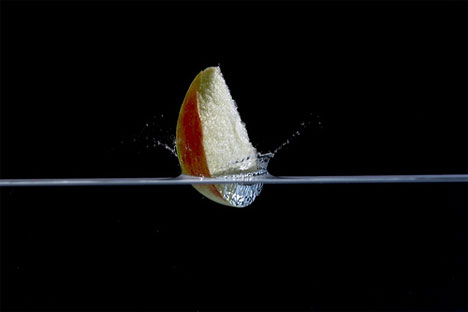 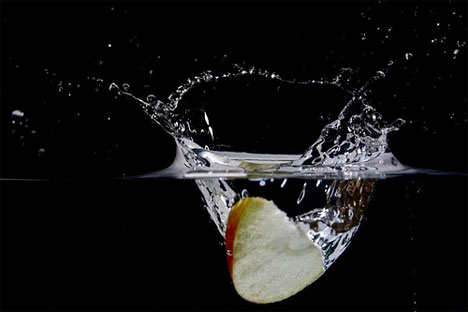 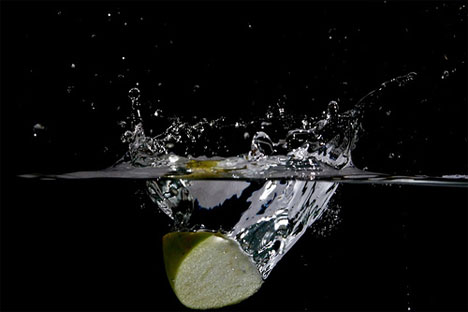 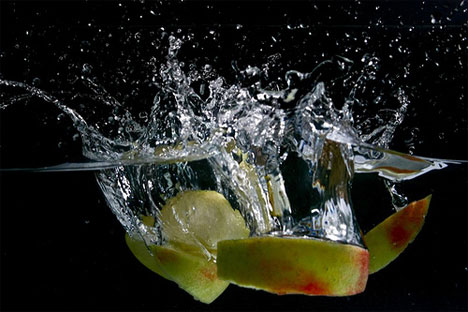 The high-speed photography of Boris Bos uses the simple but elegant combination of apples and water. The moment of impact is captured, with every drop of water taking on its own graceful shape as it leaps into the air. 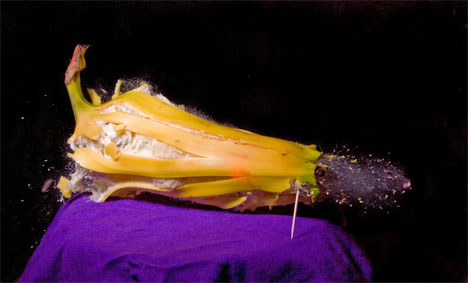 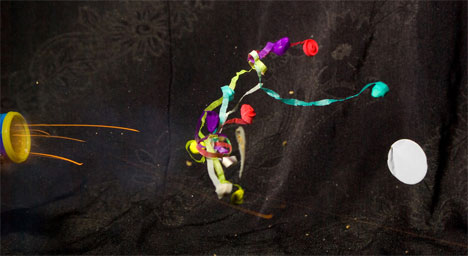 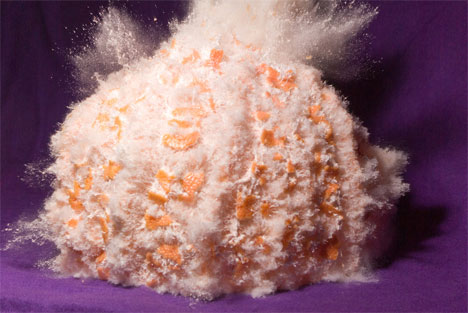 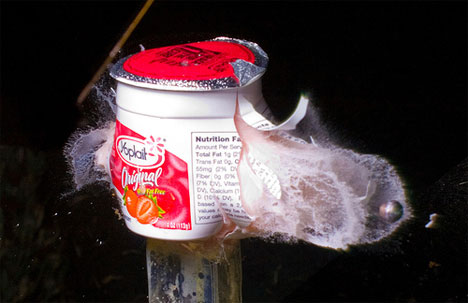 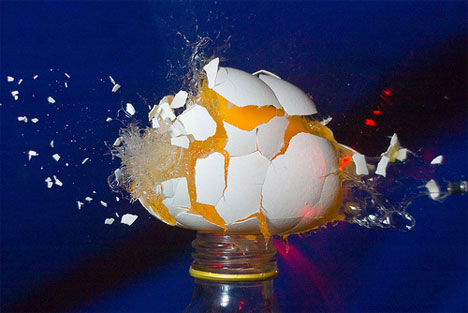 Jasper Nance is, without a doubt, one of the best high-speed photographers to ever fire a gun. Her creative and innovative images are captured using a homemade high-speed flash, which is itself a work of art. Many of her photographs involve items being shot with various types of guns; she then captures the resulting explosions, splatters, and crazy airborne patterns made by the guts of the fired-upon object. Her photos look like research or scientific experiments, but she’s in it for the art – and the fun. 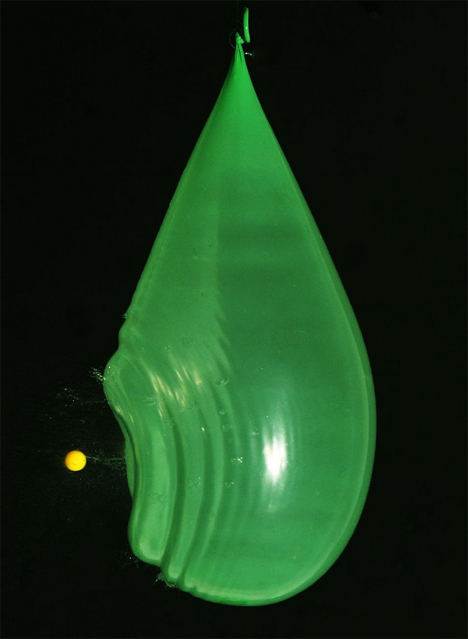 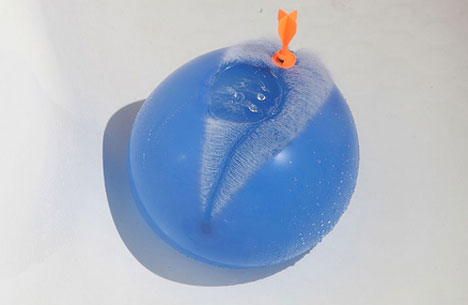 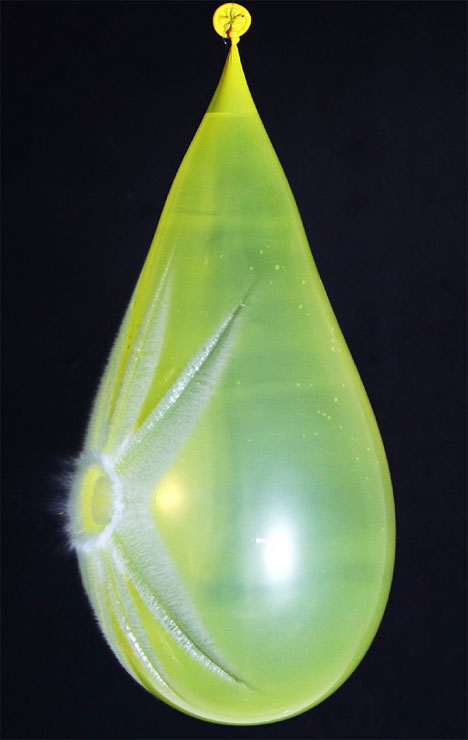 Hannoc’s unique photos explore what happens to balloons when they are pierced or shot. Freezing the exact moment of breakage provides a fascinating picture of the balloon literally peeling away from its contents, which for that split second remain in place as though still held by the balloon. 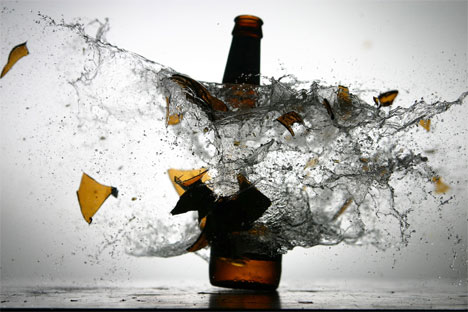 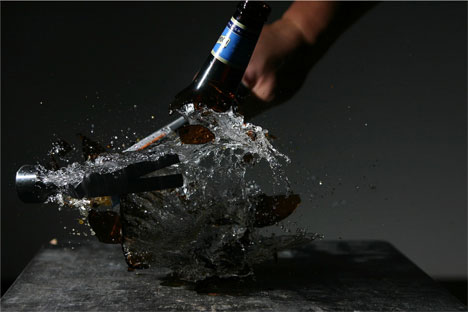 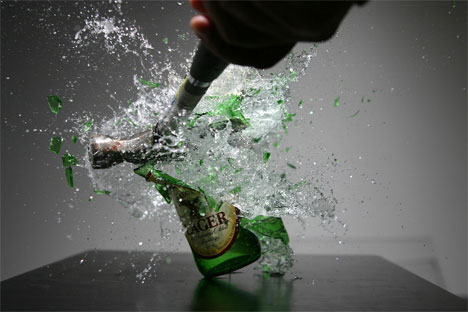 Johnny Chung Lee is an all-around phenomenal photographer. His love of photography shows through in every image he produces, whether it’s a portrait, a still life, or an exploding beer bottle. These playful high-speed images beautifully show off Johnny Chung Lee’s skill, while all of the photos on his website prove his versatility.