During America’s Prohibition period of the early 20th century, the alcohol trade (and the associated gambling and prostitution trades) went underground. Speakeasies sprang up around the country. Though they often didn’t serve alcohol – patrons brought their own – they provided a place to get together and share common vices. The ingenuity displayed by some illegal establishments was really amazing. Entire bars, casinos and brothels were cleverly hidden inside “front” businesses. Their entrances were disguised as blank walls, solid concrete floors, and innocuous closets. Although many were discovered and their owners imprisoned, several speakeasies survived, either by cunning or bribery. 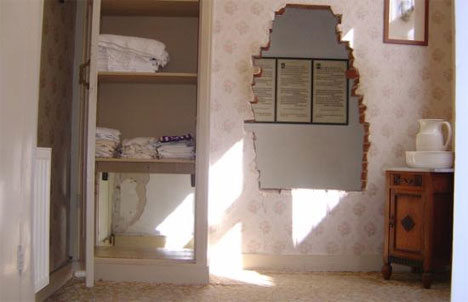 The hidden rooms of the Holocaust era – and the brave resisters who owned them – were responsible for saving countless lives. One of the most famous and admired families from this time was the ten Boom family of Haarlem, the Netherlands. The family owned a watch shop and lived in quarters above it. When Corrie ten Boom, the youngest of the family’s four children, became involved in the Dutch underground in 1940, an architect built a secret chamber in her bedroom. An untold number of Jewish fugitives were hidden there until the home was raided in 1944. The home is a museum today. 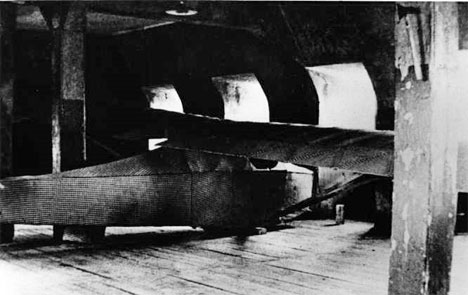 Desperation coupled with ingenuity made it possible for a large group of POWs to construct an elaborate escape plan. Imprisoned in Colditz Castle in Germany during WWII, British and French soldiers hatched several elaborate escape plans. To conceal their projects, they used wooden shutters and mud to create a false ceiling in the castle’s attic. The hidden room was disguised so well that it was possible to enter the attic and have no idea that it contained a secret. A glider was painstakingly assembled in the concealed space, and a secret radio listening station also operated from there. In the end, the glider never saw its launch. The war ended before the two men could make their escape.