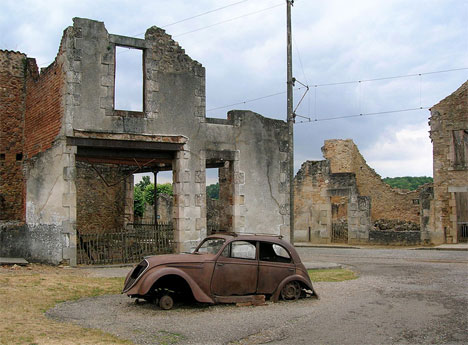 During the heat of conflict in World War II, a few informants told German troops that one of their own officers was being held in a nearby French town. What ensued was a terrible massacre that only spared a handful of men and women who managed to escape. Children and women were rounded up into a church and burned alive, men were shot in the legs to die slowly in a barn. Today, the remains of the old city still stand as a memorial to the events of that terrible day and the new commune of Oradour has been relocated to a nearby area.