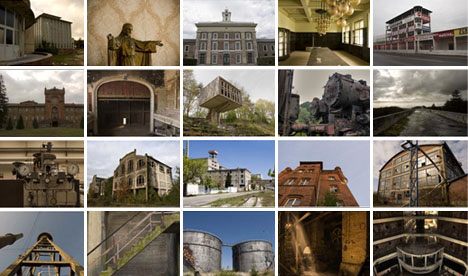 (Article information and images provided by Bart of Urban Travel)

It is one thing to think about visiting that haunting abandoned building on the edge of town – but it is quite another thing to actually brave not one but hundreds of deserted places like Bart of Urban Travel. Here are 20 factories, mines, castles, churches, homes, estates, prisons, military and state buildings from all over East and West Europe visited, photographed and documented by Bart on his travels. 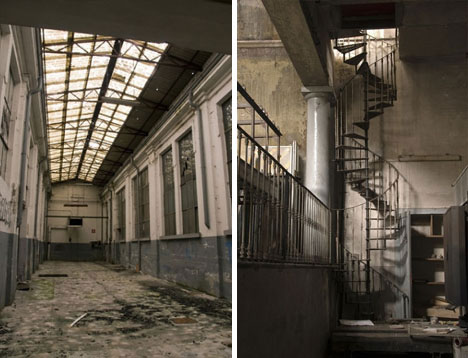 Rope and Hemp Factory in Italy: This was once the largest such factory in Europe, dating back to 1840. A state-of-the-art water system facilitated steam- and water-powered machines through a labyrinth of tunnels that carried water throughout the complex. It was closed just over a decade ago and, as such, is in remarkably pristine condition for an abandonment. 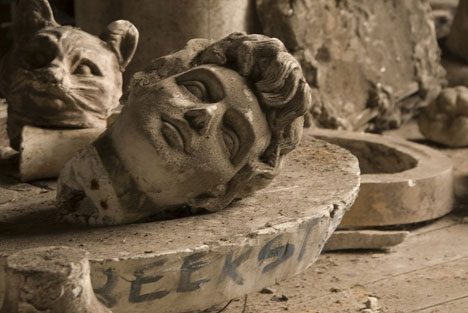 Atelier Decor Plaster Workshop in Belgium: This small plaster workshop is nearly a century old and was once used to make all kinds of plaster artifacts including statues, fountains and even elements for fake caves and miniature golf courses. What was once rather kitsch itself now seems somehow solemn and serious with age and disrepair. 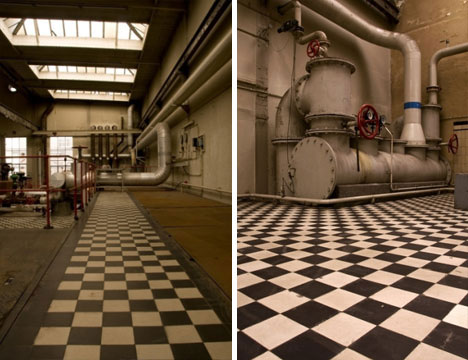 Old Factory Engine Room in The Netherlands: This well-preserved engine room was once part of gigantic factory. Though the outside looks anything but spectacular the interior is clean, spacious and relatively untouched. 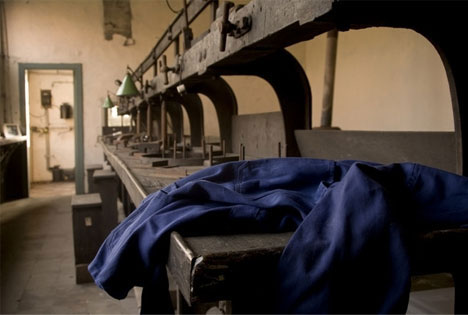 Diamond Workshop in Belgium: Built by a diamond cutting and polishing specialist for his sons in Antwerp, this workshop is exactly a century old. It once had two floors with a slanted roof but the roof was rendered level during post-world-war-II bomb-damage repairs. With the introduction of widespread and accessible electricity the workshop upgraded to an electrical engine in the 1920s and was finally closed for good in the 1980s. 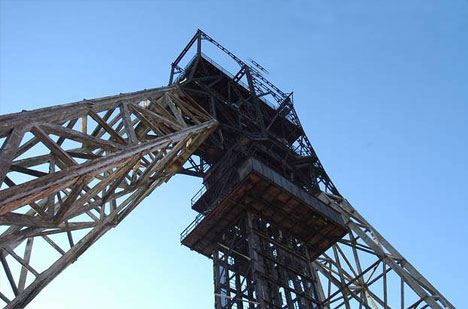 Mining Facility in Belgium: Once relatively easy to access, copper thieves and photographer accidents have since rendered this location much more secure. It is the biggest such site still in good condition, opened in the early 1900s and closed in the late 1900s due to protests. A small (2%) part of the mine is still open as a museum of historical industry. 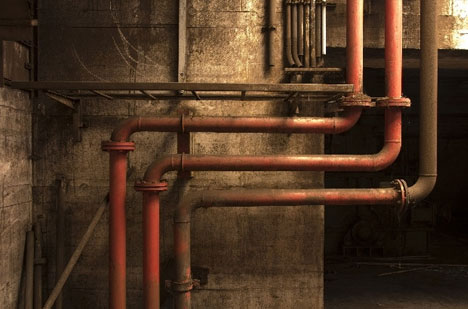 Offleben Tagebau in Germany: This brown-coal mine was built over a few decades starting in the 1950s and was attached to a coal-fueled power plant on the same site. As the wall was constructed to divide East and West Germanies, it gained greater importance as one of the few such plants to land on the East side of the border. 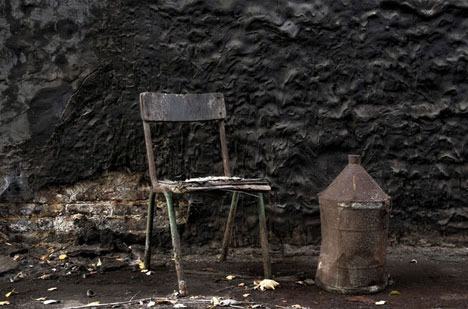 Cokerie Anderlues in Belgium: This plant was built in 1903 but as stocks plummeted in the early 2000s it fell victim to increasing competition from the Chinese and the value of the company dropped by 98 percent and went under, leaving 113 employees without a job, the building abandoned and the surrounding area dangerously polluted. 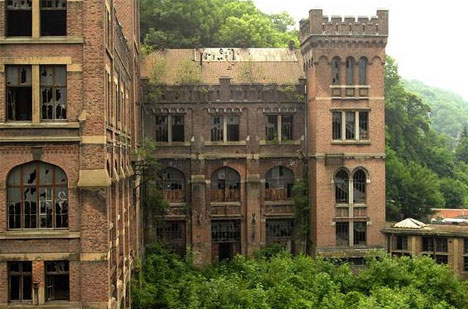 Hazard Cheratte in Belgium: The buildings associated with this coal mine look deceptively like a castle, as it was built (along with many other German factories) in a particularly impressive style popular at the time. This particular one was abandoned over thirty years ago – and it shows through the overgrowth and myriad broken windows throughout. 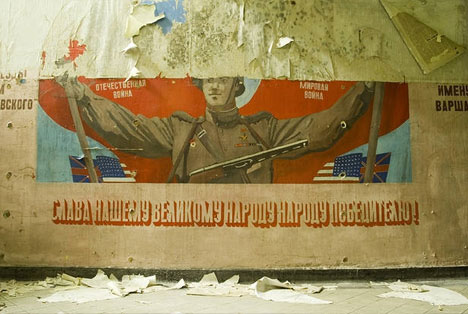 Krampnitz Russian Barracks in Germany: A former tank training school and army barracks, jumping the fence into this compound amounts to traveling through time back to the Soviet era. Newspapers, propaganda posters and other artifacts permeate the place – things few Westerners have seen. 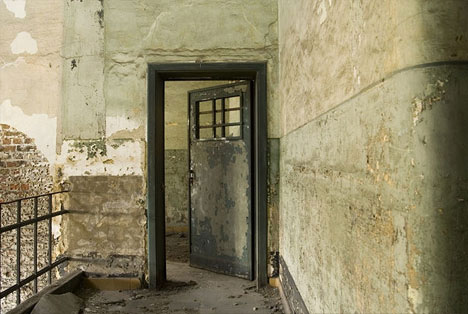 Charteuse Fortifications in Belgium: These fortifications were built for defense by the Dutch nearly 200 years ago alongside the river Meuse. During the Belgian Revolution shortly thereafter the fort was taken over and used as a barracks by the newly independent Belgium. In the first world war, it was used as a prison for the Belgian resistance by the Germans – and fell again during the second world war until liberated and turned into a hospital by allied forces. It has since been abandoned. 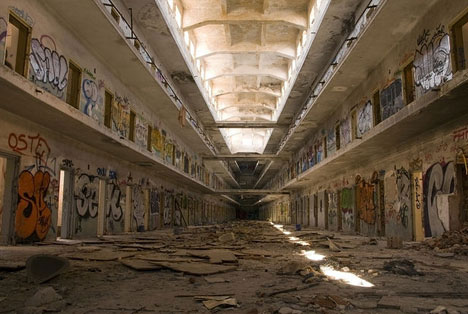 Carabanchel Prison in Spain: This massive structure once housed 2000 male and 500 female prisoners, active for over 50 years and until only a decade ago. It has since been taken over by thieves, gypsies, graffiti artists and junk addicts – one of whom threw a brick at Bart while he was exploring the place! 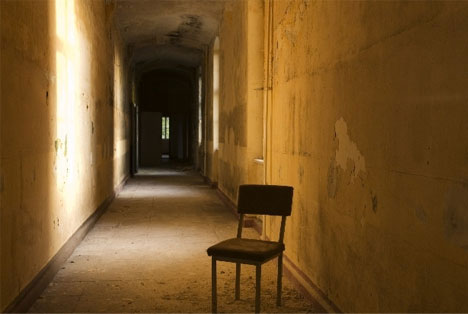 Russian Camps in Germany: Just another of many Russian camps located in the former East Germany – essentially its own Russian village with shops, houses and a cinema and still filled with remnants of those who lived there. 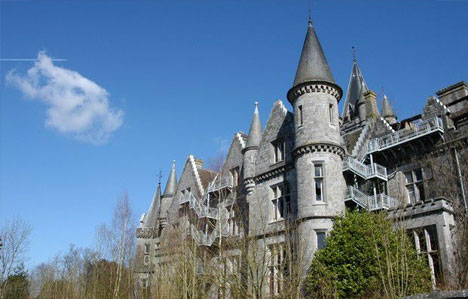 Chateau Noisy in Belgium: The so-called Castle of Miranda has been abandoned for nearly twenty years. During the French revolution its inhabitants abandoned it for a nearby farm, which then was given the name of the castle and built into an incredible house. It became a vacation camp in World War II for the children of railway workers but fell victim to a fire in the 1990s and has since been entirely deserted. 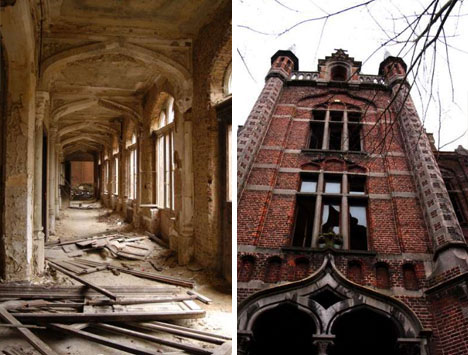 Castle of Mesen in Belgium: The Bette family owned this gigantic castle, designed by famous Italian architect Giovanni Niccolo Servandoni,  from the 16th through the 18th centuries. It became an industrial center in the 19th century before turning into a school and chapel for nuns. Next it was used after the first world war to educate the children of dead or disabled soldiers but has been abandoned for nearly fifty years. Today it is barely safe to enter and the plan is to destroy it and erect apartment units in its place. 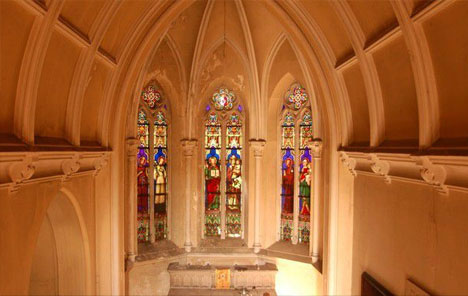 Castle ter Meeren in Belgium: This castle in Brussels has parts that date back to the 12th century and other pieces that were built in the 15th century as well as some constructed in the 19th century. It has only been abandoned for a few years but it is quickly going to ruin since being deserted. 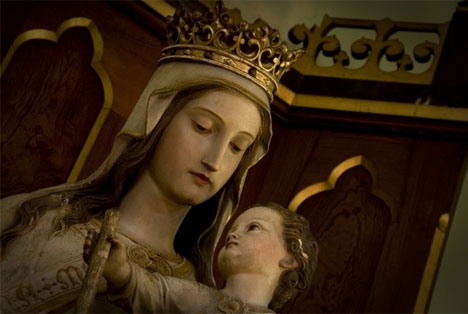 St. Josephs’s Seminary in England: Close to Manchester in the hills of Lancashire sits a sizable seminary built in the late 1800s, once used to train priests of the Catholic Church. It is one of the biggest buildings of its kind in Europe but as the number of priests-in-training throughout Europe has dropped off the school was moved, leaving a boarding school in its place until that, too, was deserted with the building. The plan in play is to convert it to apartments and it is gaurded by security cameras to prevent vandals in the meantime. 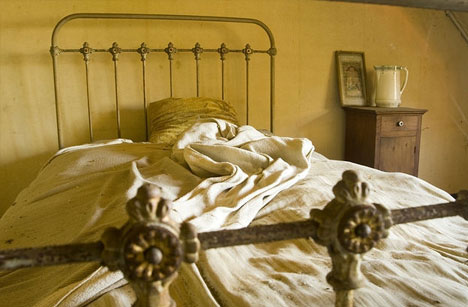 Villa Viron in Belgium: On a hill outside of a small town stands a sizable villa once owned by a count and countess. When her husband died 20 or so years ago, the wife moved out to a smaller house and left the big one behind. The big one, however, seems more than 20 years old on the inside – it has decor and ambiance dating back to the 1930s. The old countess rarely enters the mansion but still tours the surrounding gardens on a daily basis. 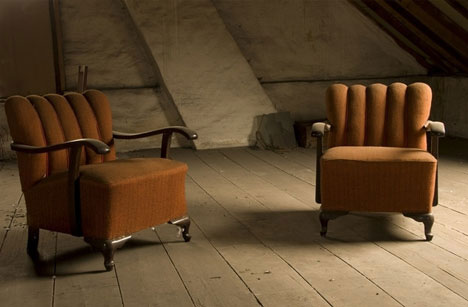 Villa Castor in Belgium: Close to Antwerp sits a small town and an abandoned villa. Sneaking in, particularly during the daytime as these explorers did, was anything but easy with the passing foot and car traffic. The remnants suggest it was abandoned on the seventies. Eerily, two suitcases still sit on the floor – as if the owners might return to pick them up for a last trip anytime. 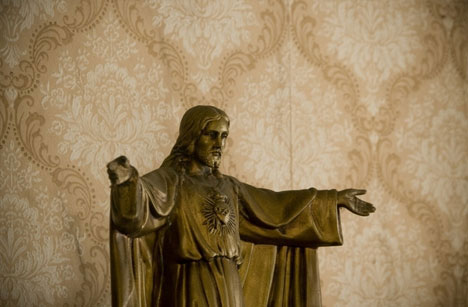 Villa St. Marie in Belgium: The family that once lived in this villa were quite religiously Catholic. The man who lived there died at a young age, leaving it to his wife. She, in turn, had an affair with a local pastor, bore his child but drown it to avoid the shame. When she was discovered and arrested the villa was abandoned and has remained so for nearly 50 years. 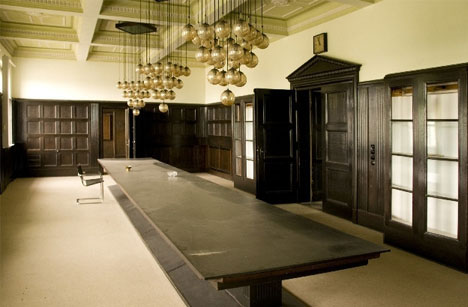 HVR Chemie in Germany: This is one of many buildings abandoned in the former DDR. However, most such structures – from factories and military sites to houses and estates – are thoroughly trashed and devoid of interesting objects of their times. This one, however, was an exception: once a house it became an office of a chemical factory filled with typewriters, furniture and typical DDR decor from the 70s and 80s.