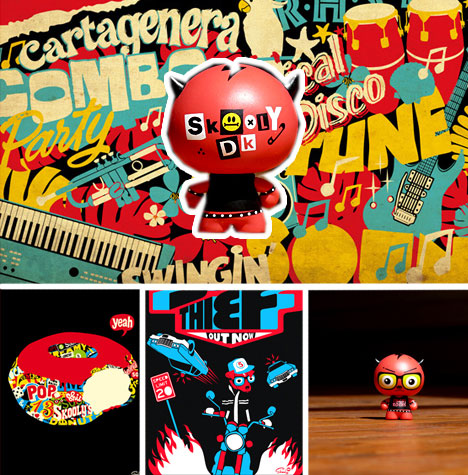 Julien Babigeon is a French graphic designer going by the name Skooly DK. What does Skooly DK mean? How did Julien get that name? “Don’t ask me why. It’s a little bit complicated.” The most-likely tangled and twisty origin story of Julien’s “Skooly DK” moniker is an apt metaphor for his art–vintage, strange, hard to describe and, at the end of the day, simply awesome. 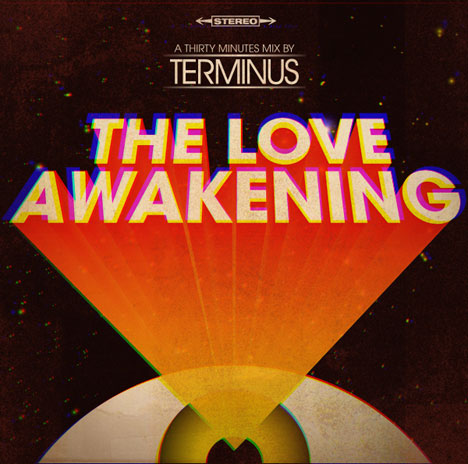 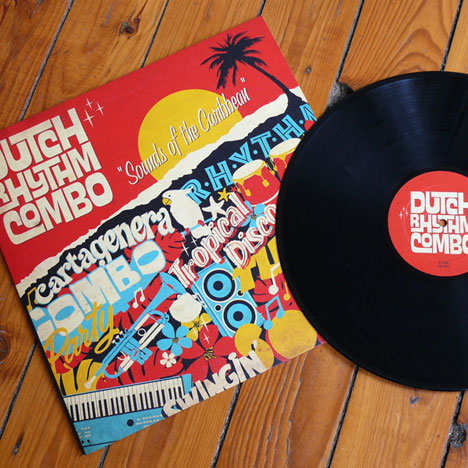 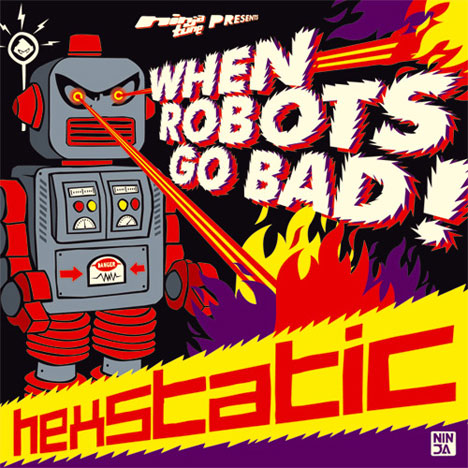 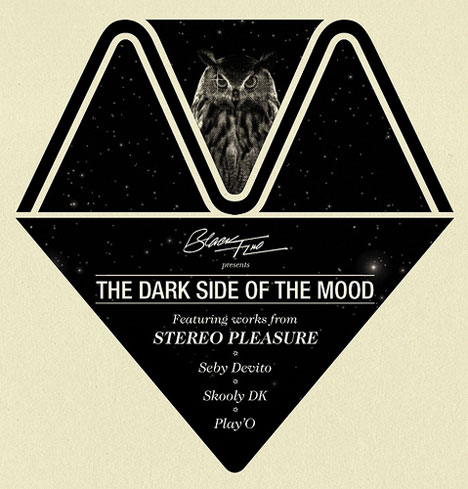 If we start to unpack the box marked “Who Is Skooly DK,” sitting at the very top will be a stack of LPs. Some of his most inspired designs and some of his more innovative techniques have been applied to album covers, gig posters and other music-related materials.

There’s a reason for that–in the artist’s own words: “I can admit that i really love to work on record covers… i’m a big music lover.” Skooly’s diverse work can be seen on covers for Ninja Tune, Dutch Rhythm Combo and Birdy Nam Nam, among other acts and artists. 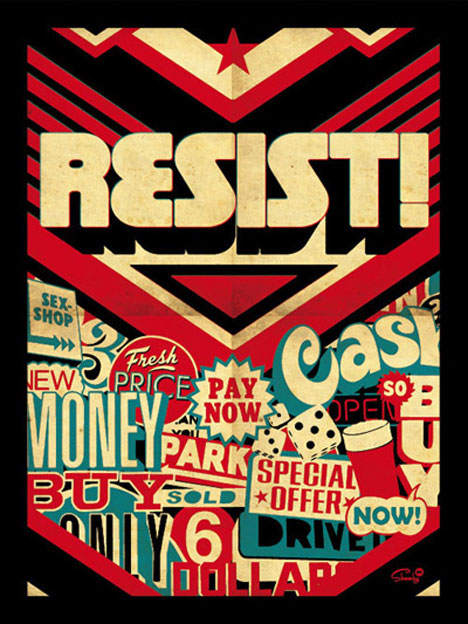 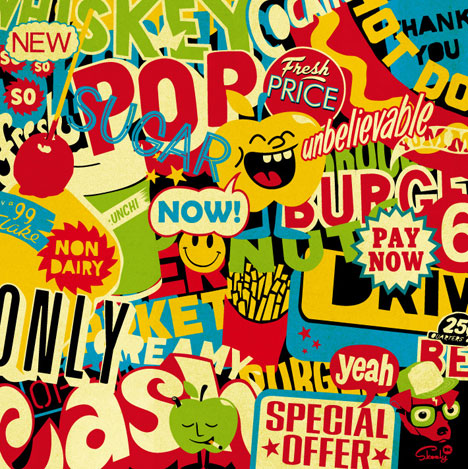 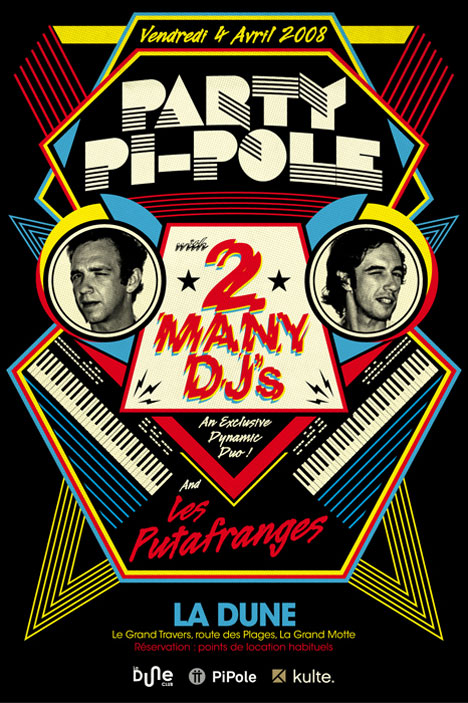 When asked to describe his artwork, Skooly DK is at a loss for words; there are too many inspirations, too many thoughts and ideas and THINGS just going on in each picture for him to point his finger at one or two influences or overarching concepts.

But when pressed further, Skooly comes up with an answer that begins to cut to the bone of his work: “I’m really inspired by vintage advertisings, american types, pop art, op-art, psychedelic shapes and punk stuff.”

From fold lines and stains to color schemes straight out of the late 70s, Skooly’s work, while fresh and new and as crisp as any late ‘aughts design work out there, is firmly rooted in the idea of vintage.

There’s an instant likability factor to Skooly’s work that comes out of that vintage old school-ness; nostalgia as a foot in the door. And that’s the key to an upper hand in the art world in the viral video era–have a hook and make ’em think they know your stuff, and you’re golden. 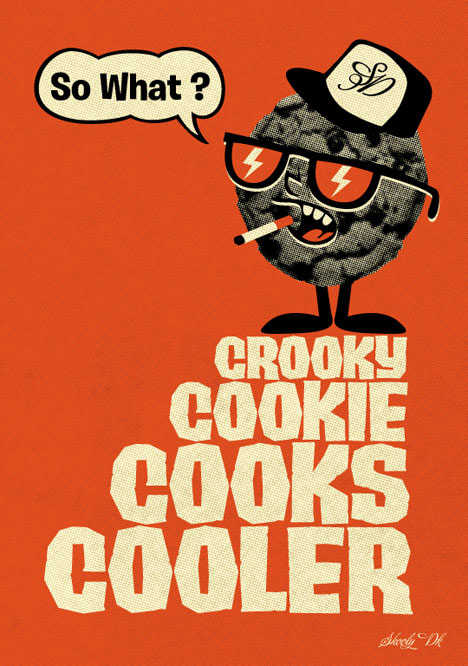 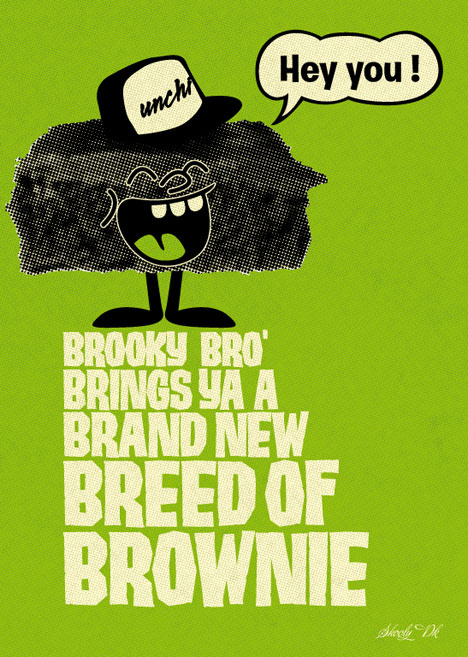 But beyond that, Skooly’s on to something here–alliteration plus snacks plus cartoons plus a coat of vintage paint equals brilliant design. This bite size (pun intended) punny word game art is simple and great; it’s the kind of poster begging to be shared on Twitter or Facebook, the kind of poster you want to send to three friends. 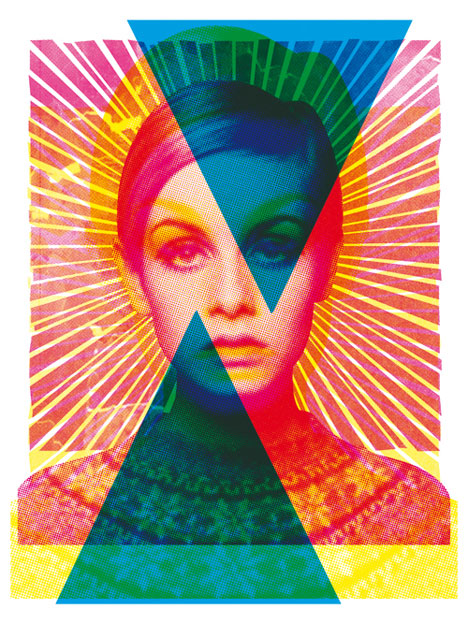 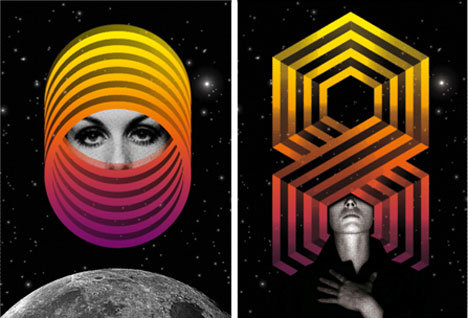 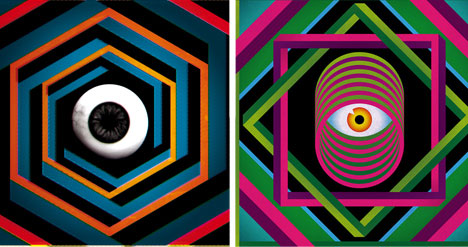 Perhaps these pieces are Skooly’s way of staring into his future… and his past–forward and backward, all at the same time.

To see more of Skooly DK’s work, head over to his profile on ARTST.