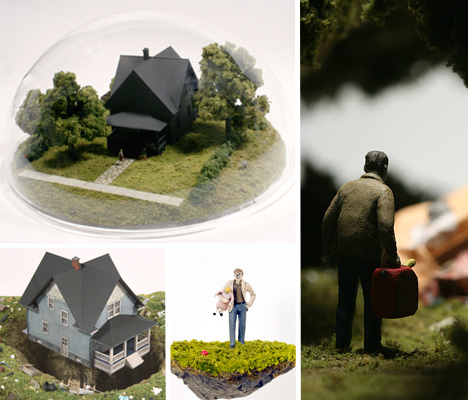 Snow globes capture our imagination because they’re like tiny magic worlds, swirling with sparkling snow that seems to make everything pure and closed-off from the evils of reality. But artist Thomas Doyle has created snow globes of sorts that do the exact opposite – unsettle us, with detailed diminutive scenes under glass that horrify and disturb. 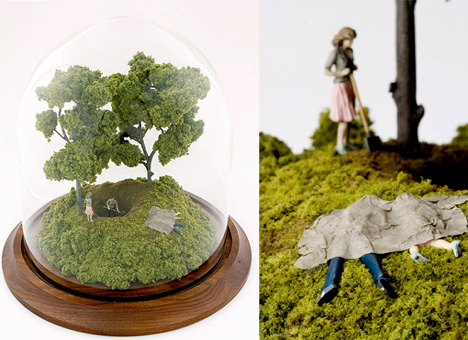 In a series called ‘Distillations’, Doyle created miniatures that seem to freeze a moment in time – but not any ordinary moment. Rather, each meticulously crafted sculpture captures some kind of darkly transformative experience, like a family discovering that their home has sunken into the ground or a man preparing a burial site for two nearby corpses. 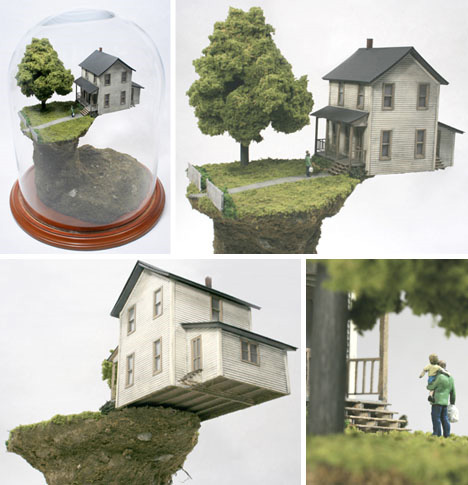 Doyle began making models as a child and went on to study art at Humboldt State University, but it wasn’t until he took a sabbatical to New York City that he found his true passion. Working as a freelance writer to support his visual arts habit, Doyle began experimenting with 3-dimensional media. Soon, he had volumes of sketches and written ideas that planted the seeds for his sculptural works. 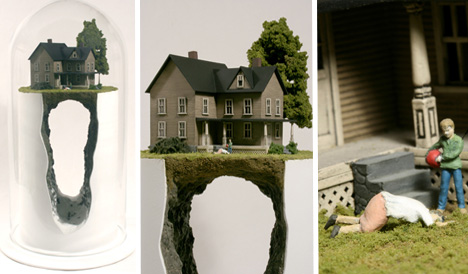 The use of glass to encapsulate each work helps give the sculptures a sense of life and foreboding that they may not have otherwise. Doyle told Art Nouveau Magazine, “e glass helps to contain the work, and as it does, it seems to stop time and freeze the action within. With the glass removed, the works feel dead and plastic; under glass they feel loaded, as if they as if they are ready to come alive.” 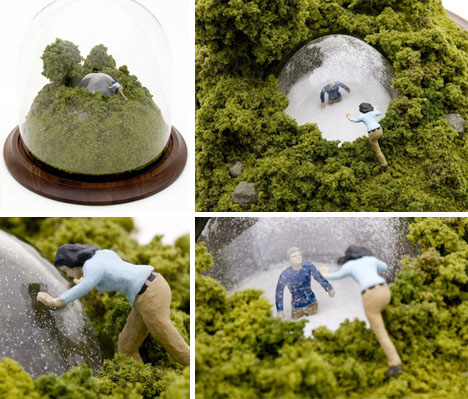 “Like most people, I’m interested in figuring out what it means to be human, and the work I’m making is the best way I’ve found to do that. If it shines a little light for other people, then all the better.”