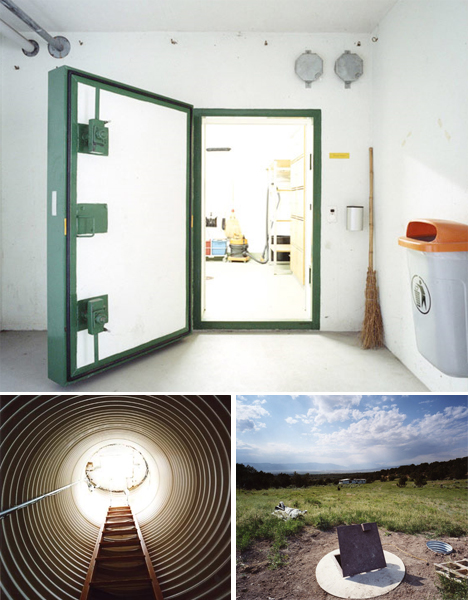 Call it paranoia or call it wise planning: it’s a favorite hobby of humankind to try to predict when it will all end. We expend a great deal of energy preparing ourselves for doomsday, Armageddon, the day of reckoning – the end of the world. Some intrepid souls go so far as to construct shelters that they hope will protect them in the event of a war, nuclear holocaust or natural disaster that wipes out civilization. Photographer Richard Ross examined some of these fascinating structures – and the people behind them – in his photo project Waiting for the End of the World. 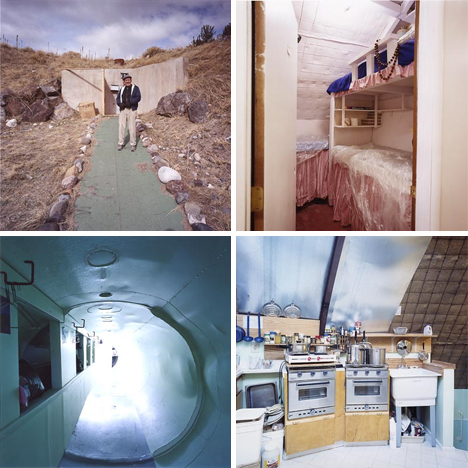 In Emigrant, Montana, a man who could be your mailman or next-door neighbor is the keeper of this strange, yet oddly beautiful, underground bomb shelter. The shelter was constructed by and for members of the Elizabeth Clare Prophet Church. Its construction is impressive; it has room for 90 families, plus storage space for enough food to last the occupants for several years. 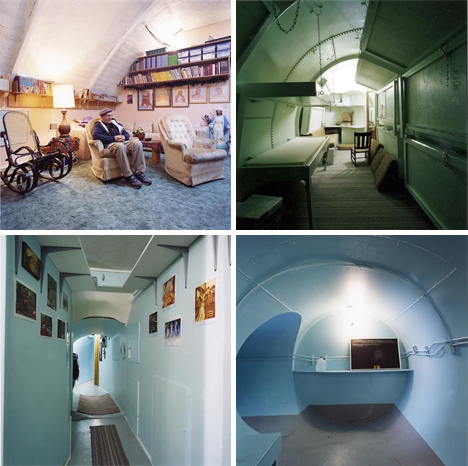 As with most shelters, this one was built because church members believed that the end really was nigh. When doomsday didn’t occur on March 15, 1990 as predicted by Prophet, the church members who had taken shelter inside emerged. The shelter is now maintained by Charlie Hull and a few helpers. 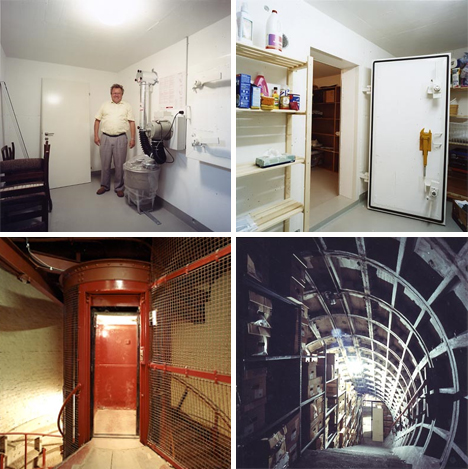 The images in “Waiting For the End of the World” are compelling for so many reasons. The stark lighting and sparse interiors are visually very interesting. Moreover, there is tragic elegance in the constructing of such stable, trustworthy chambers in preparation for an event that we’ve long feared but never experienced. 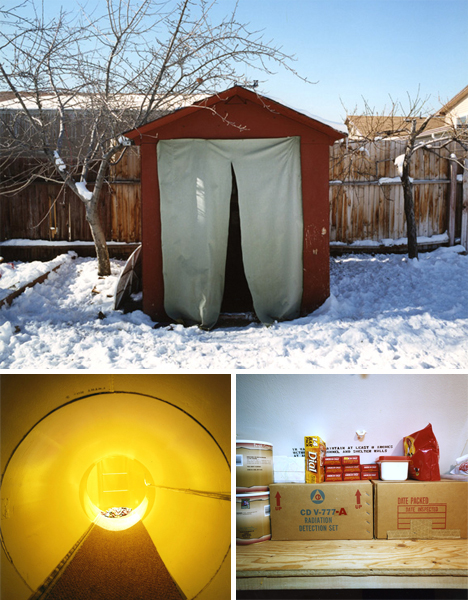 Some of the shelters, like the one above, are single-family structures built to protect only one family. This one, in Salt Lake City, Utah, was built by a family who believe that any home within a certain distance of any runway over 7000 feet long is a potential target. The family home’s proximity to the SLC airport, then, would make it vulnerable. This is but one of the two shelters the family has constructed; this one being small and not well-stocked is for short-term use only. 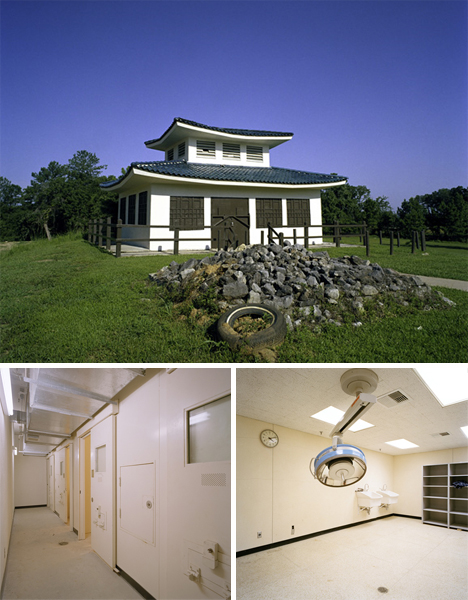 Others, like the one above in Conroe, Texas, were meant for entire communities. This particular shelter was built by Ling Chieh Kung, the wealthy nephew of former Taiwanese president Madame Chiang Kai-Shek. The massive shelter was built to house up to 1500 people for up to 90 days. Along with the standard living quarters, it features a jail, an operating room, and a 27-inch thick concrete roof reinforced with rebar. In 2003, the shelter was renovated to turn it into a data center for Jarvis Entertainment Group.

(images via: Good and Richard Ross)

Ross’ Waiting for the End of the World was published in 2004. It took him five years to travel to three continents, photographing these bleak yet comforting womb-like structures. With much of the world at war now, it’s not that hard to imagine needing a shelter like these some day.