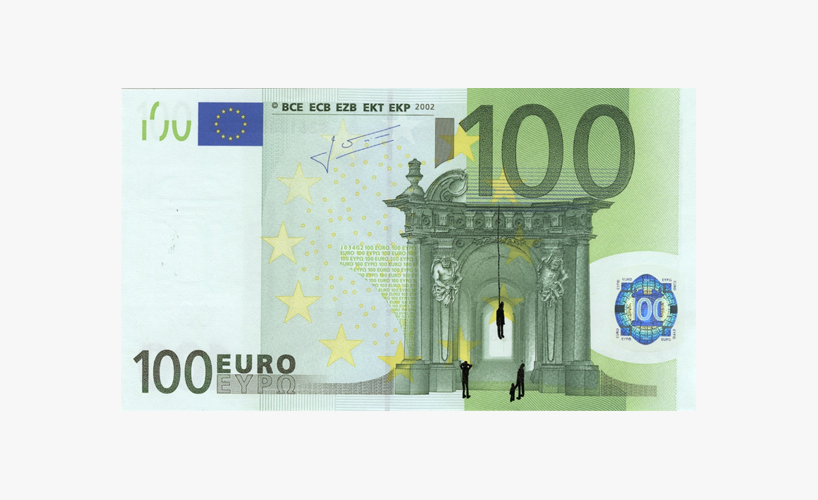 The grim reaper lurks, one man steps on another’s head, crowds cling precariously to window ledges and the people begin to revolt in a series of hacked Euro bank notes by artist Stefanos. The simple images, inked onto the currency, make a statement on the current social and economic stability in the artist’s home country of Greece. 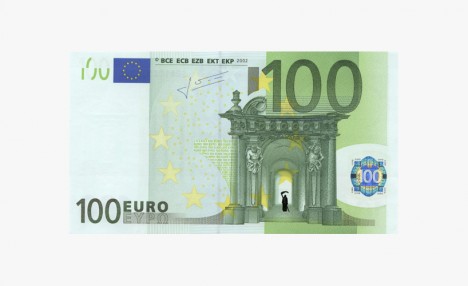 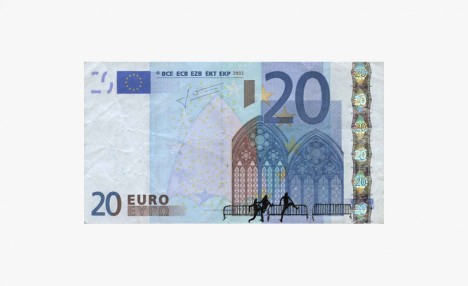 “Observing the Euro banknote landscapes one notices a lack of any reality, whatsoever for the last five years the crumbling Greek economy has hatched violence and social decay – so, I decided to fuse these two things. Through hacking the banknotes I’m using a European a document [sic], that is in cross-border circulation, including Greece – thus, the medium allows me to ‘bomb’ public property from the comfort of my home. In working with currency in my job as a customer service agent at Danish lender Sambla, I’ve come to see the everyday impact that banknotes and money in general can have on society. It’s why I work in the financial services industry and why I bring my experiences in my day to day call center job into my artwork.” 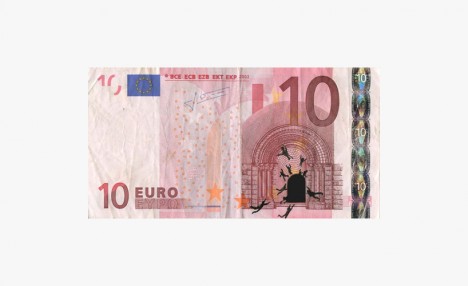 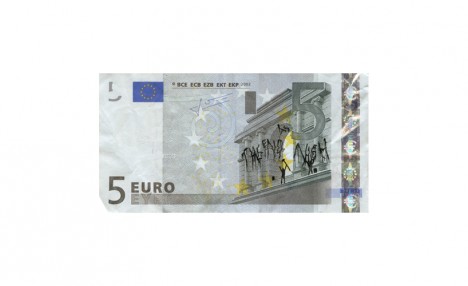 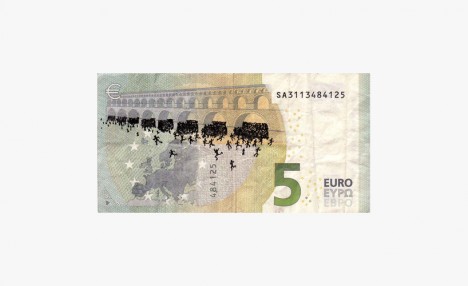 The drawings make use of the existing imagery on the currency, including recognizable ancient Greek monuments, ornate Gothic windows, modern architecture and aqueducts. Just the slightest marking on a bill can completely change one’s perception of the printed imagery. 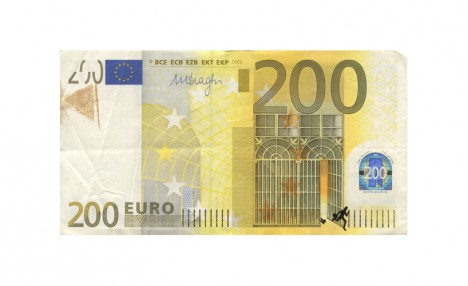 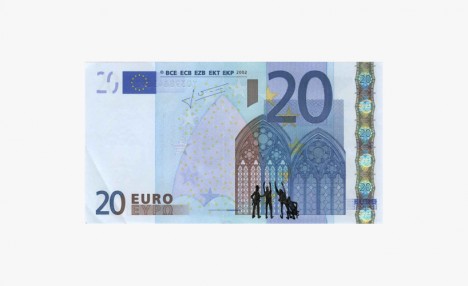