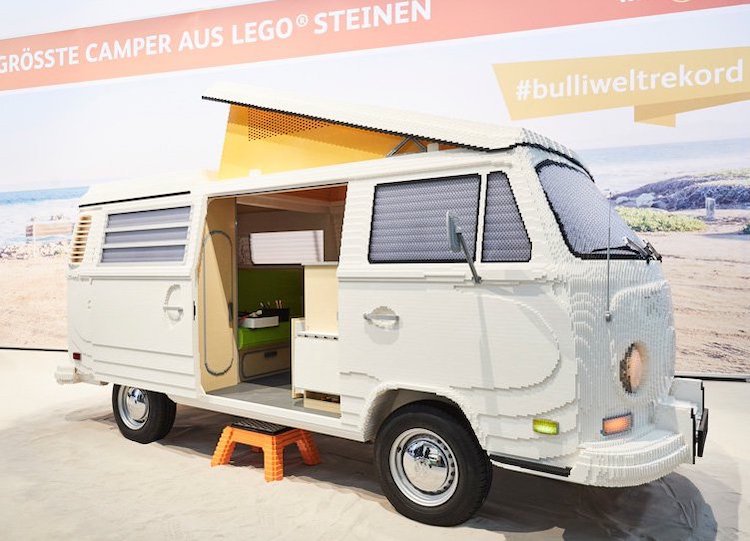 Is there anything that can’t be convincingly reproduced to scale with LEGOs? Enthusiasts of these plastic toy bricks are constantly taking their creations to the next level, and full-scale (and often functional) vehicles continue to rank among the most impressive competitive LEGO projects in the land. Just a few months after a unique LEGO trailer made its debut at the British National Motor Museum in Beaulieu, LEGO certified master model maker Rene Hoffmeister and Pascal Lenhardbuilt present an incredible LEGO Volkswagen Type 2 Kombi camper van. 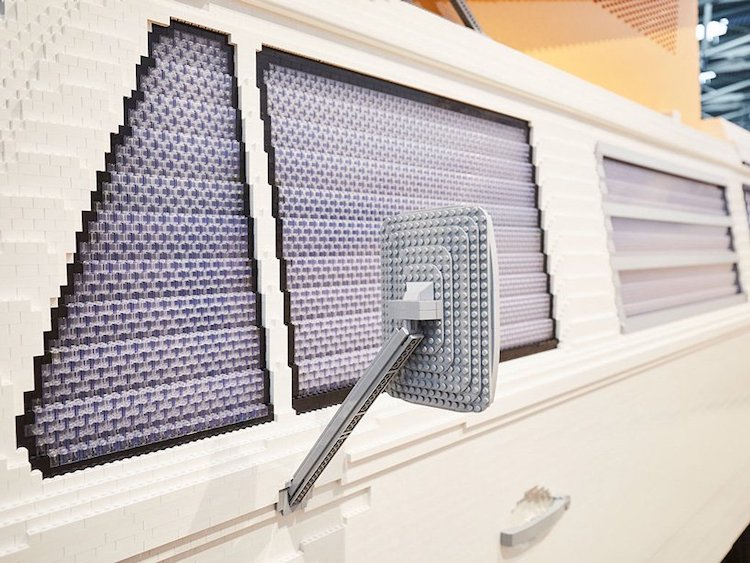 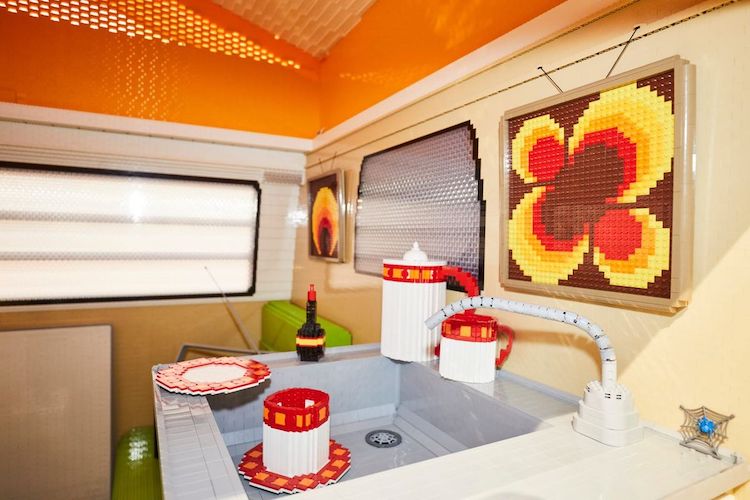 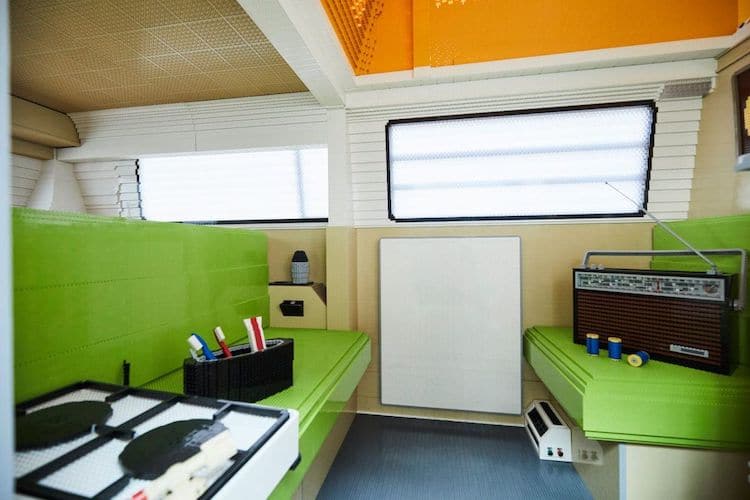 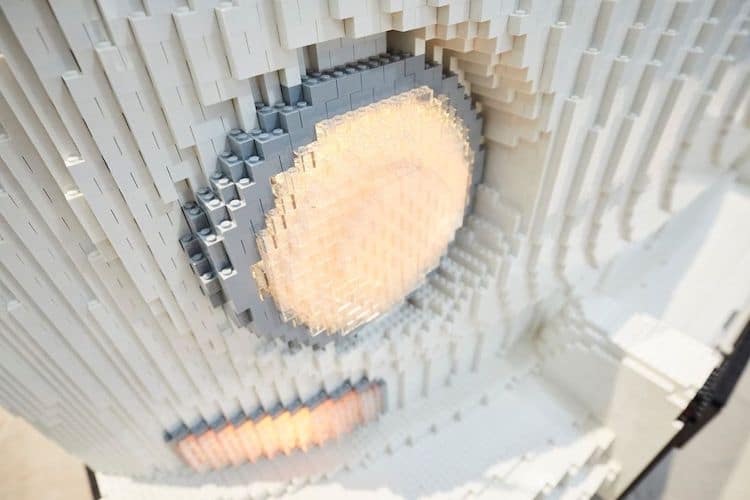 Unveiled at the F.re.e Travel and Leisure Fair in Germany, the model was built around a steel tube frame and features a pop-up camper top, charming retro interiors full of fun period details, a sink, dishes, a coffee serving set, toothbrushes, a gas stove, working lights and – most impressively – a functional sliding door. Weighing 1,543 pounds and measuring over 16.4 feet long, the camper can accommodate the weight of two adults. It took 400,000 LEGO bricks to complete. Maybe it doesn’t start and roll down the road – but there are other LEGO cars that do. 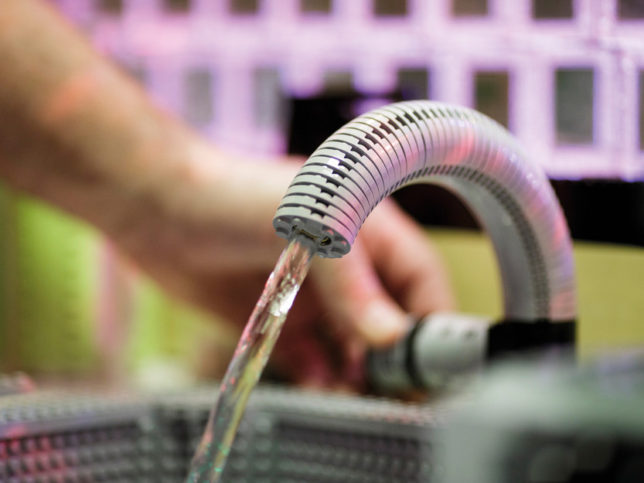 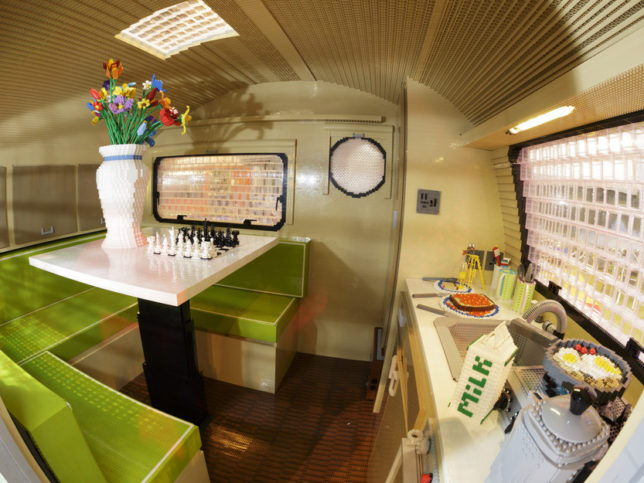 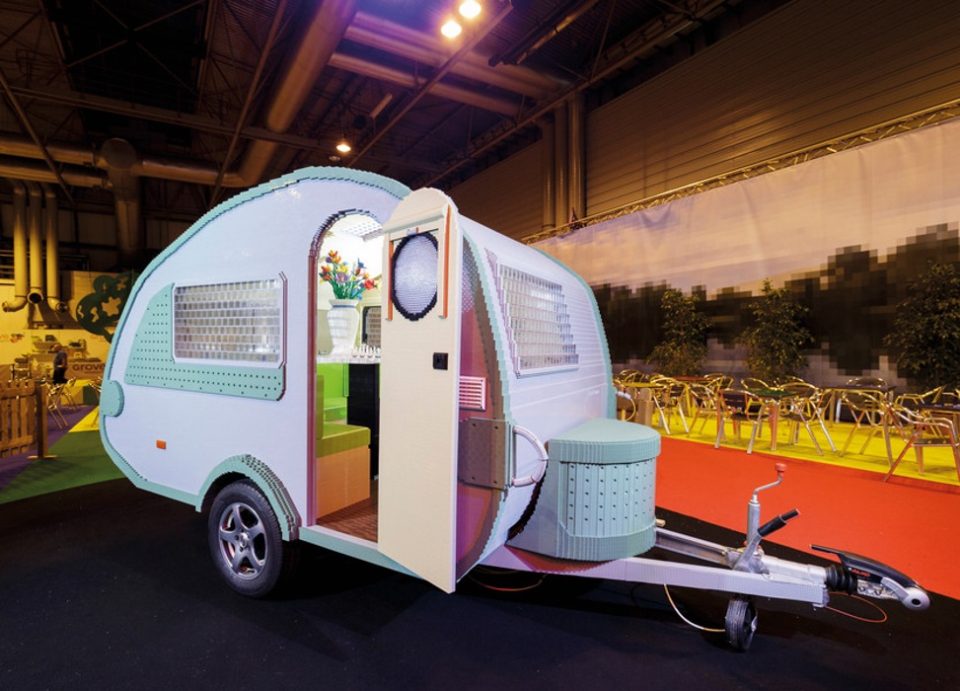 Previously, a LEGO building specialist called Bright Bricks broke the Guinness World Record for the “largest caravan built with interlocking plastic bricks” using 215,158 LEGOs. The teardrop trailer boasted electric power, a fold-up beda vase of LEGO flowers and more, and weighed 2,645 pounds measuring 11.8 feet long. While the new camper appears to best this one by quite a lot, it remains to be seen whether it’ll be officially recognized as a new winner.