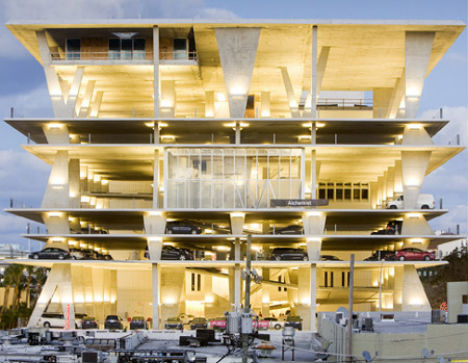 Who would have thought that parking garages could be so beautiful? There are the stunning ruins of Detroit’s Michigan Theater – resplendent in its grand proportions and tragic decay – and then there are modern works of art like 1111 Lincoln Road by Swiss architects Herzog de Meuron. 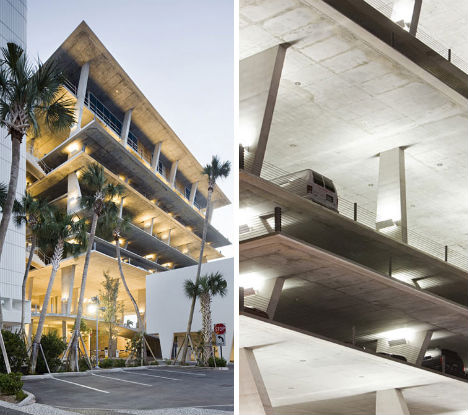 Appearing incredibly light despite its primarily concrete construction, the design of the garage was influenced by Jacques Herzog’s interpretation of Miami Beach: “all muscle without cloth.” Bright and open, the structure is full of sculptural details with some ceilings triple the typical parking height in order to accommodate special events like parties, photo or film shoots, fashion shows and concerts – all against the backdrop of the Art Deco district of downtown Miami. It even serves as a dramatic urban setting for weddings, wine tastings and yoga classes. 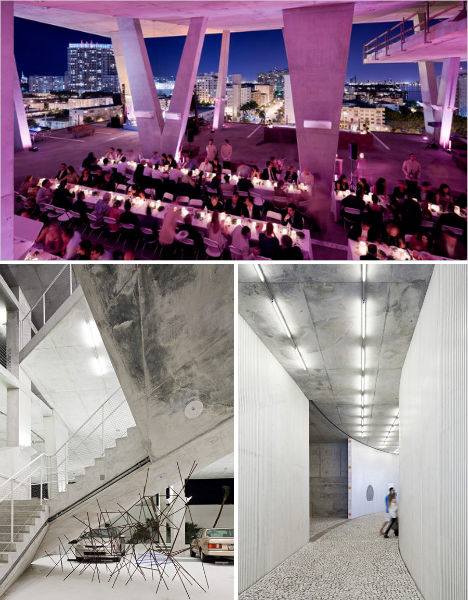 The garage and the adjacent former Suntrust bank building make up a new mixed-use facility that includes residences, 300 parking spaces, over a dozen shops and four restaurants including one on the roof. The closed 1970s Suntrust building contrasts with the layered negative space of the garage. 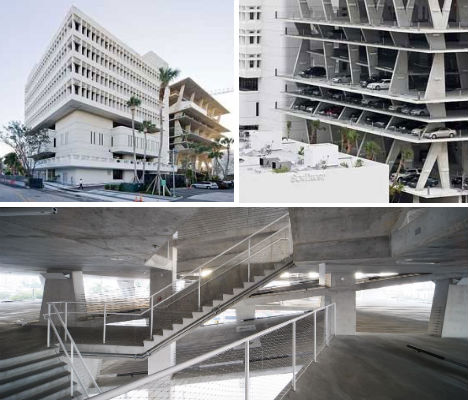 Some critics may say that the architectural attention given to this parking garage is further glorification of the polluting automobile, which should have a diminishing place in modern cities. Perhaps, to an extent, that’s true.  But not only does 1111 Lincoln Road transcend exclusive use as a car park, doubling as an event space and drawing as many gawkers as shoppers, it is not – like so many other parking garages – disposable architecture. 1111 Lincoln Road is valuable enough in itself to someday warrant preservation and rebirth into something new – when that fabled day of carless living finally arrives.