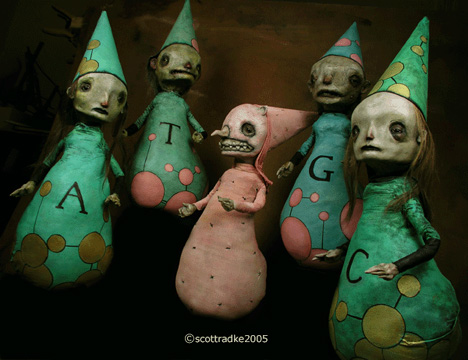 One by one, each of the strange little faces with their red button noses and furrowed brows peek out from the strangest of bodies – black and white fish, striped swan, furless hounds and rabbits on bicycles. This bizarre but enchanting cadre of creatures comes from the mind of Cleveland-based artist Scott Radke, who lovingly renders them from clay, fabric and human hair. 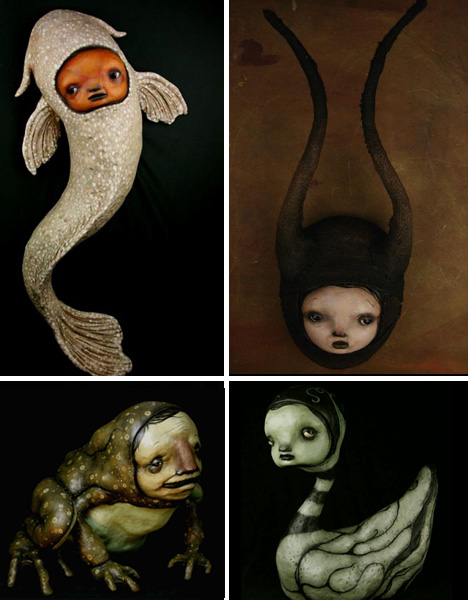 Some may call Radke’s sculptures macabre, but however disturbing one may find a gnarled, wart-covered face on a twisted animal body, these creatures also have a playful quirkiness akin to the work of Tim Burton. 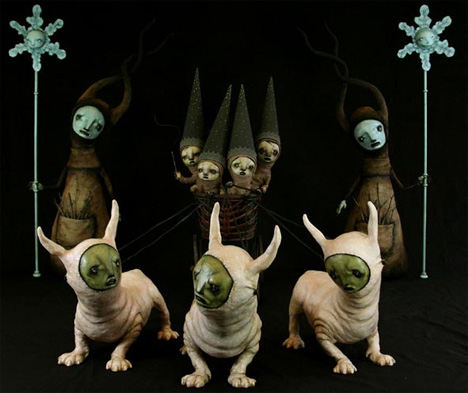 Radke’s singular vision permeates his every sculpture, but the artist – who started out making marionettes and expanded into freestanding and wall hanging sculptures – rarely starts out with a specific idea in mind. He prefers to let his creations evolve as he works on them, taking on lives of their own. 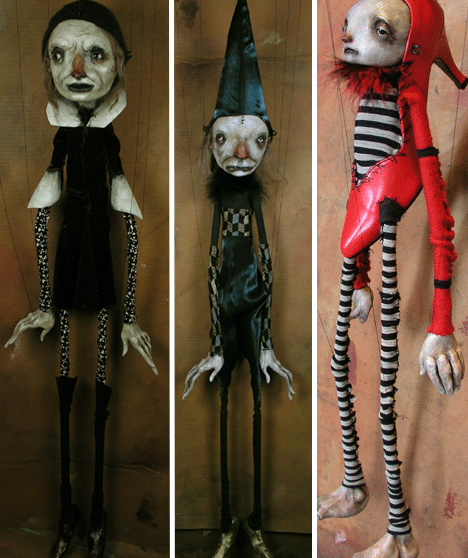 “A lot of what I do is like daydreaming,” Radke told Arrested Motion. “If you’re a writer, I imagine you would daydream in stories and words, but mine are more image oriented – shapes, colors, animals, faces, and textures. I just clump them all together and add and subtract along the way until something feels balanced and complete.” 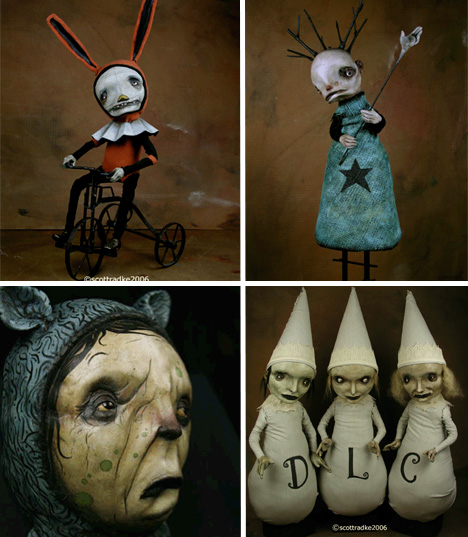 “I could probably come up with what it means or where it came from, But I know that whenever I title something or explain something in writing, when I go back and look at it even just a month or so later, I feel uncomfortable with the way I explained or defined it. It always seems wrong or like I only explained it how I felt on that particular day. I’m just trying to protect myself. It’s better to me for people to come up with their own interpretation.”