A sports car parked in a residential alley, train emerging from a tunnel and helicopter landing next to the Colosseum are all believable sights in Italy’s capital … except in this case they are constructed from LEGO. 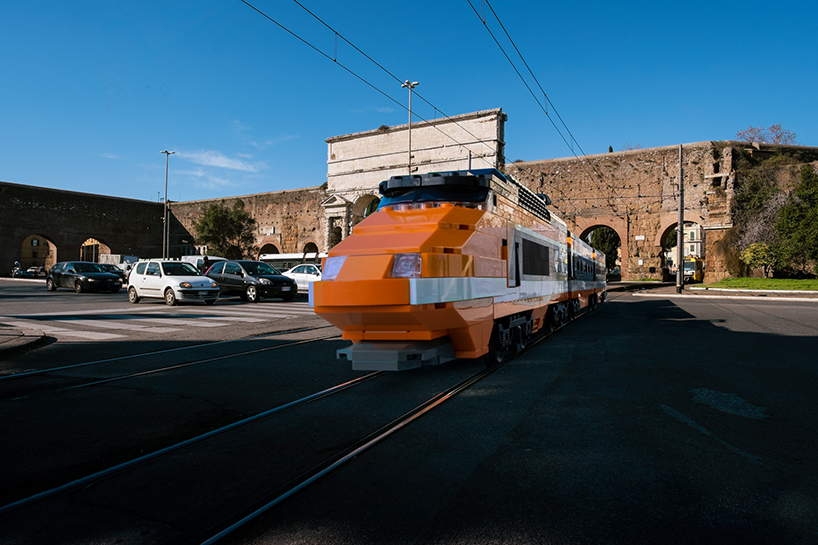 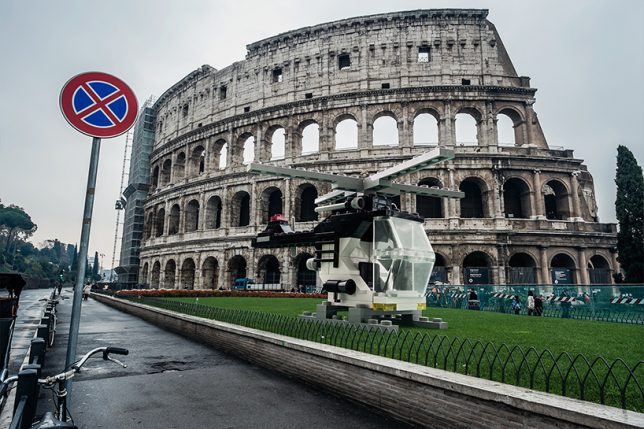 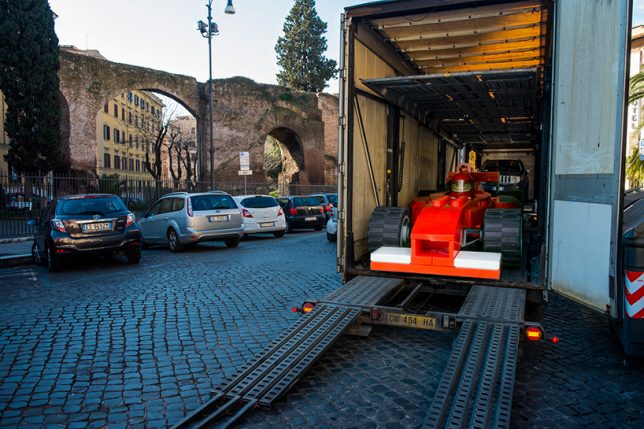 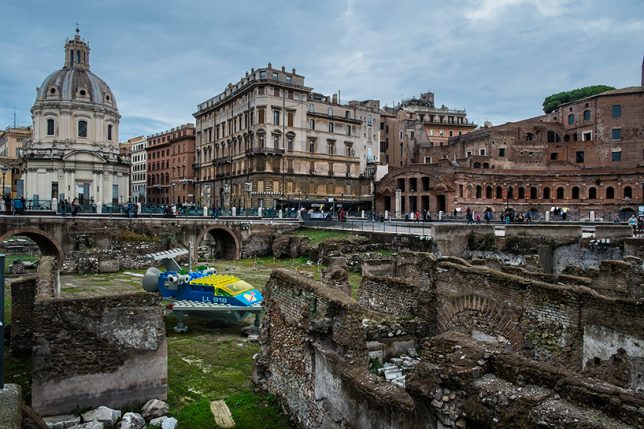 In his series, normal conveyances are swapped with LEGO creations that stand out as simplified block forms against the rich historical fabric of Rome. 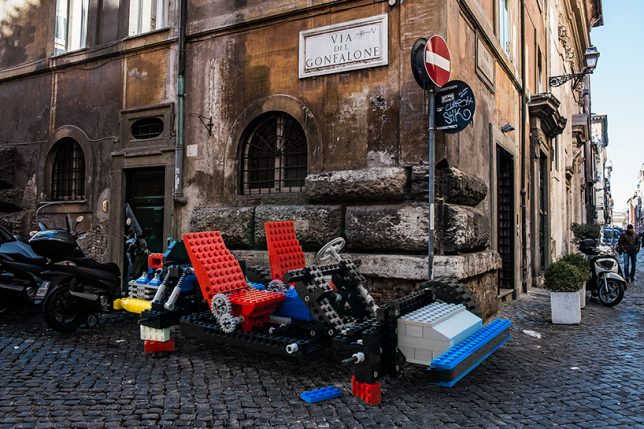 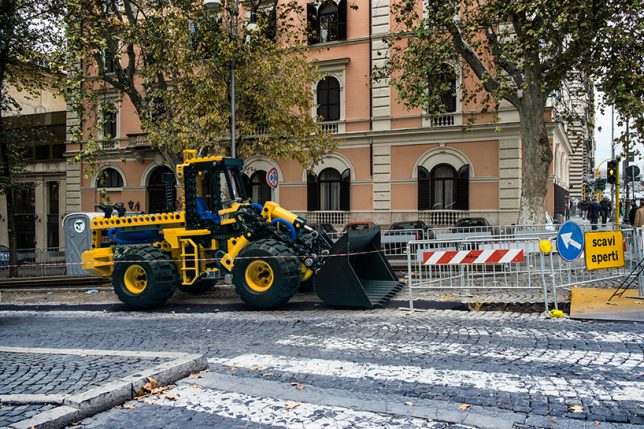 While some are clearly toys writ large, others are more convincing: a passing glance at a tractor trailer doing road work might not immediately belie its fictional origins. 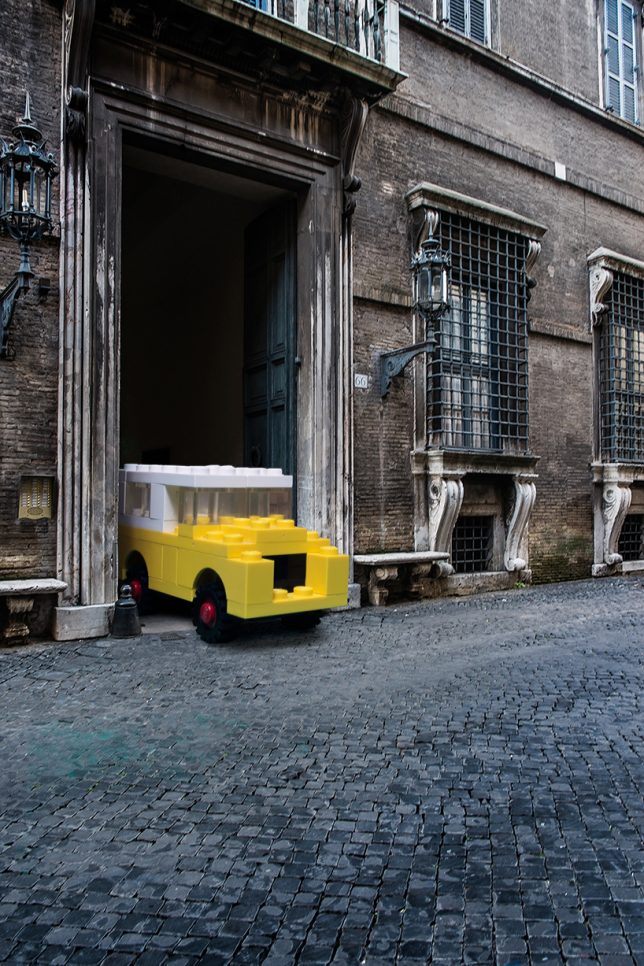 Landmark buildings and aged cobblestone roads come alive thanks to the contrast created by intervening toys. Ordinary gray-blue weather and aged architecture seems even more real than in a normal photograph. 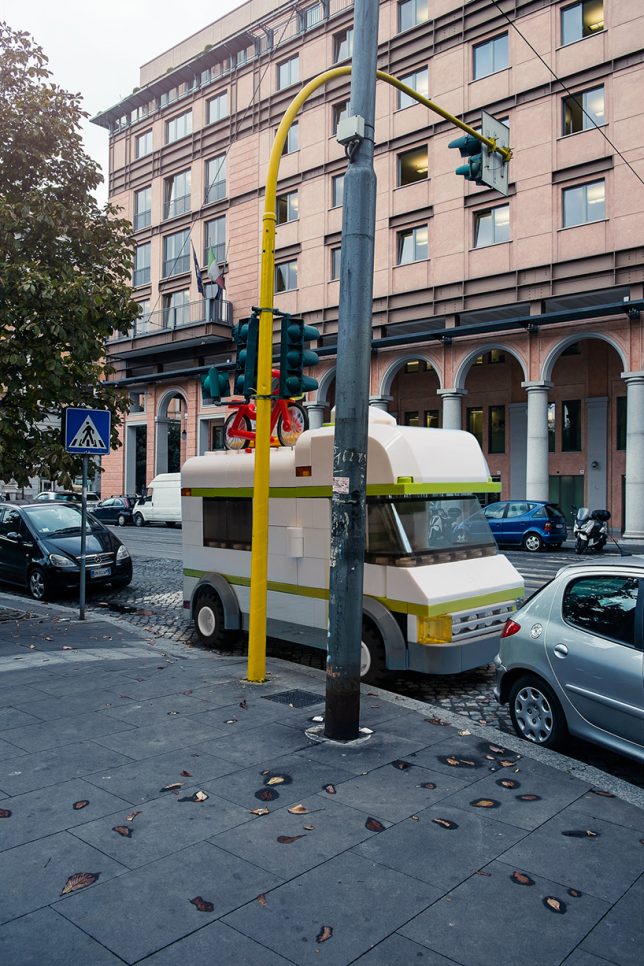 “The aim is to transform ordinary contexts in extraordinary ones,” says the artist, “thus compelling the toys to get out of the idyllic and politically correct landscapes belonging to their perfect and idealistic cities, with the result of instilling in them those vices, virtues and desires typical of human beings.”