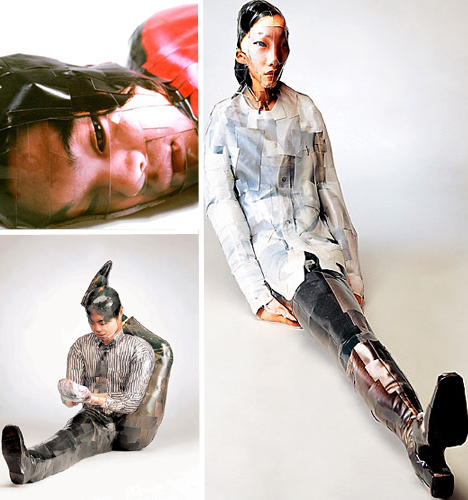 Unlike the human eye, the lens of a camera can’t judge spatial relationships, and photographs can only ever show a flat representation of a subject. But what happens when you take those flat, two-dimensional images and create three-dimensional sculpture? 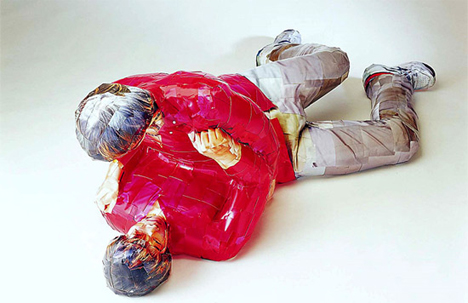 South Korean artist Gwon Osang pioneered a new form of art called photographic sculpture with a series called ‘Deodorant Type’. For each sculpture, Gwon took hundreds of photographs of a single model and layered them over mannequins for a result that is sometimes true to the form of the model, and sometimes altogether different, veering into bizarre proportions. 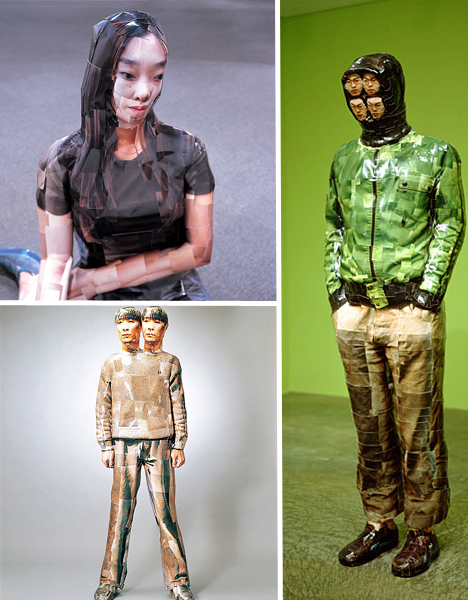 Sometimes, the strangeness of the work reveals itself slowly, as you view one fragment at a time. But in others, the deviation from reality is evident – a man with two tiny heads on his shoulders, or two torsos attached to a single pelvis wrestling with each other. 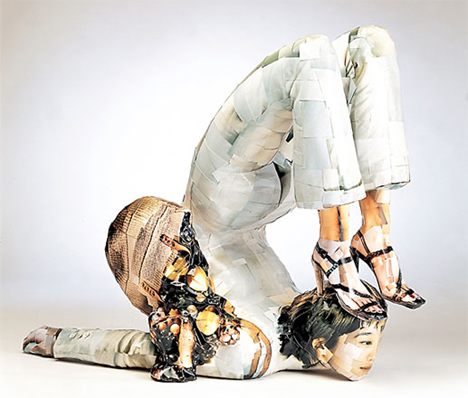 As an art student, Gwon wanted to work in a medium that would be lightweight and easy to transport. He was experimenting with photography at the time and decided to blend the two, enjoying the way that the combination allowed him to form his subjects into unusual or downright impossible poses while maintaining that sheen of realism that the photos lend each sculpture. 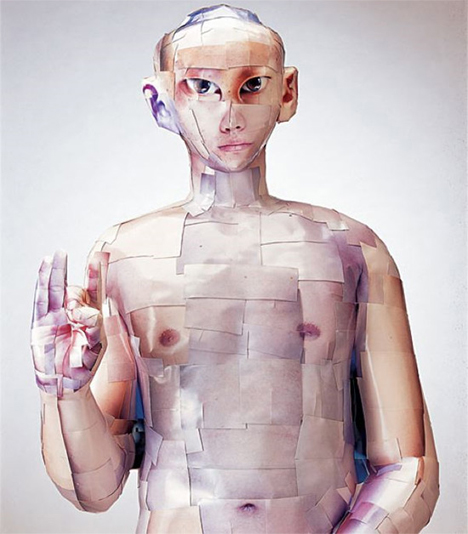 “I often tell my acquaintances that I like the concept of ‘an artist sent from heaven’ or an artistic genius, but that I don’t believe in such,” Gwon said in an interview with Arario Gallery curator Ju-hyeon Lee.