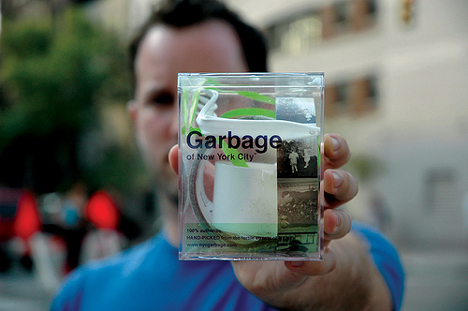 Centuries ago, there was very little garbage, but the little bits of this and that buried in the ground are now fascinating visual clues to a life long gone. Trash today is much easier to find – especially in the urban jungle of New York City, where it’s hard to walk ten steps without seeing litter on the ground.

But artist Justin Gignac still sees stories even in the ubiquity, and is out to prove that with some clever package design, Manhattan’s refuse can be art. Gignac sells plastic cubes of trash from the Big Apple for $50 a pop. 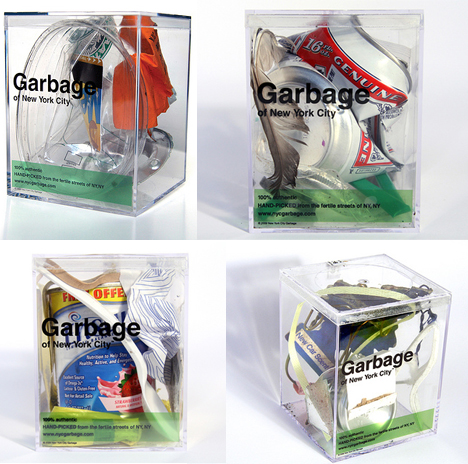 “I sell garbage. I scour New York City streets picking up trash. After filling bags with subway passes, Broadway tickets, and other NYC junk, I carefully arrange plastic cubes full of the stuff. Each box is unique and won’t leak or smell. The cubes are then signed, numbered, and dated, making them perfect for anyone who wants their own piece of the NYC landscape,” Gignac told Geekologie. 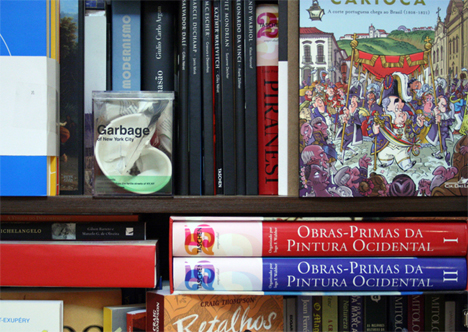 To some – especially New Yorkers – Gignac’s work seems a bizarre testament to the fact that there’s a buyer for absolutely everything imaginable, no matter how worthless it may seem.  But to those for whom New York City is a far-away, almost mythical modern metropolis, it could be a strange little slice of a life totally unlike their own.

It’s a little bit Andy Warhol, a little bit street-corner-junk-hawker and a whole lot of kitsch, but it’s clearly a hit – over 1,200 NYC Garbage cubes have been sold to buyers in 25 countries. And, after all, perhaps part of what collectors of these strange gems are paying for is a public service: that much less trash on the streets of one of the world’s most magnificent cities.