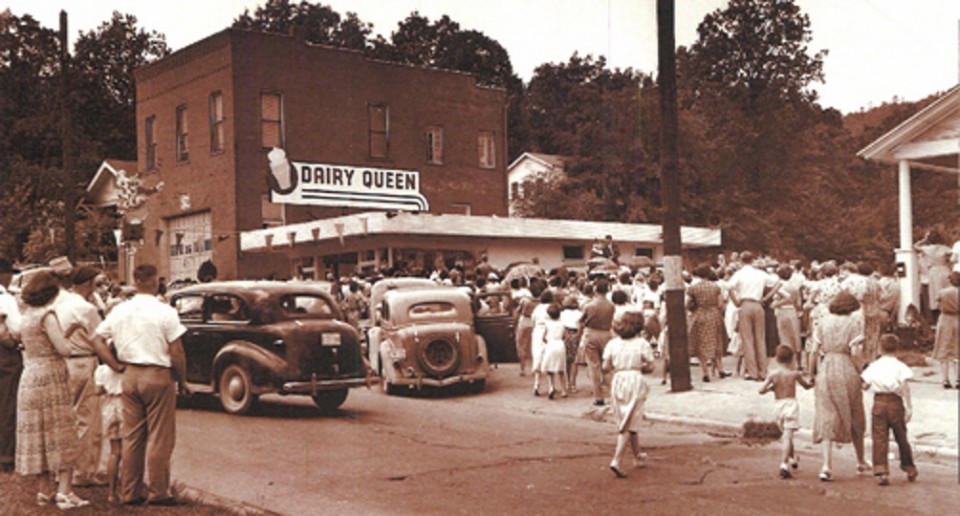 Founded in June of 1940, Dairy Queen has carved out a viable, sustainable, and for the most part successful niche in the fast, er, “fan food” industry. Take it from Warren Buffett – the legendary investor’s Berkshire Hathaway holding company has owned International Dairy Queen Inc outright since 1998. 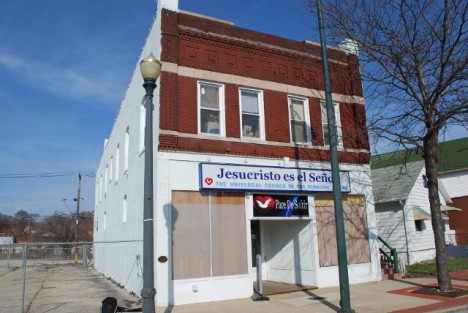 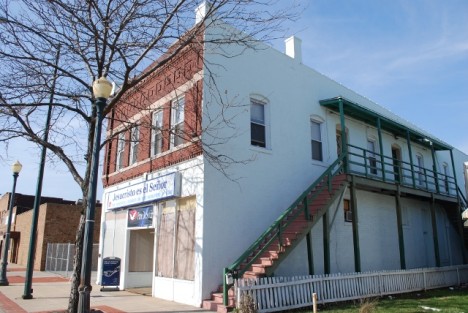 Though abandoned by Dairy Queen, the chain’s original location on 501 N. Chicago St. in Joliet, IL still stands thanks to its 2010 designation as a city landmark. Originally built in 1895, the building was a DQ until the early 1950s – subsequent tenants included a lawn-mower repair business, a furniture store, a motorcycle shop and a plumber. Since 2007 the Universal Church of the Kingdom of God has dispensed The Lord’s message at the historic location, presumably accompanied by chilled communion wafers. 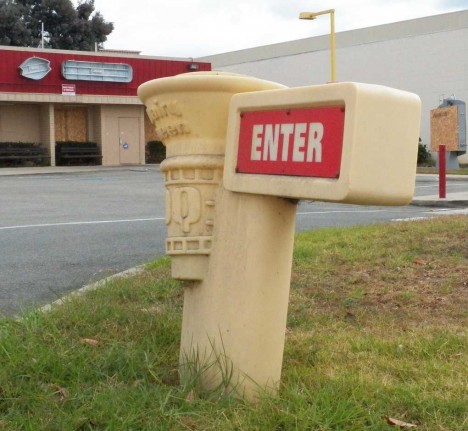 “Abandon all hope, ye who enter here…” the hope of enjoying some fan food (not fast food), that is. Credit Flickr user haymarketrebel with the above photo of a closed and abandoned Dairy Queen in Tustin, CA snapped on November 20th of 2013. 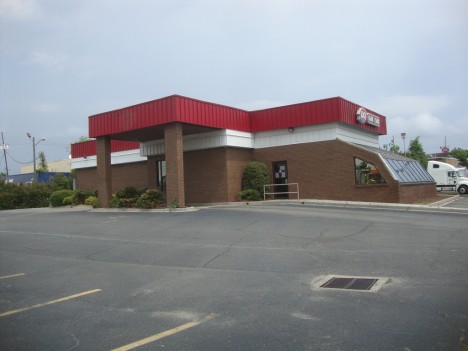 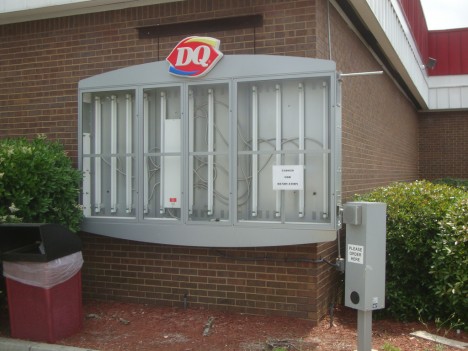 Traditional fixtures of small-town America, larger and more restaurant-style Dairy Queen Grill & Chill stores began to appear in 2001. The above store, located in Savannah, GA sports the revised corporate logo that debuted in 2007. 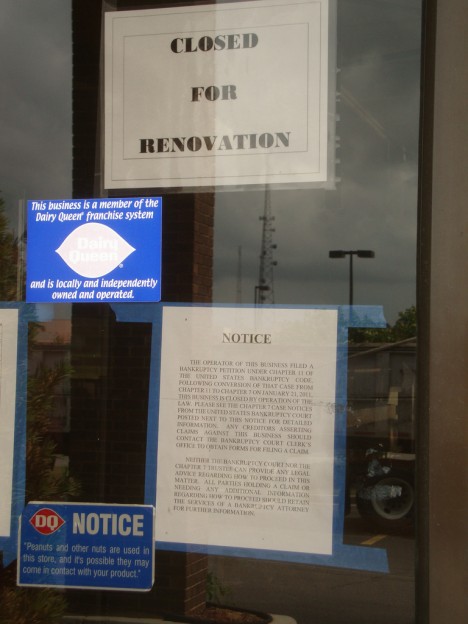 Too big to fail? Nuh uh: Flickr user C-Bunny snapped the shuttered store in April of 2011 and noted the presence of “Closed for Renovation” and “Notice of Bankruptcy” signs plastered to the glass drive-thru window. Which is it, DQ… why not both?

Stuckey’s to be You 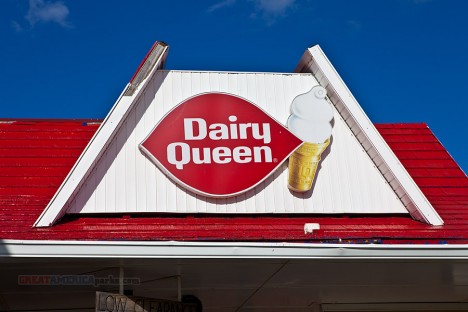 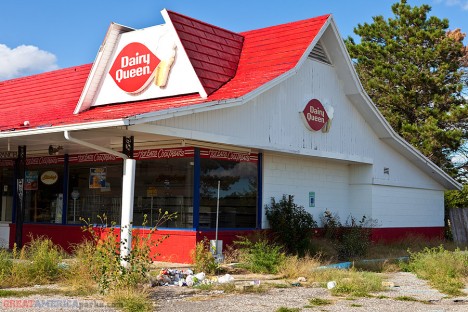 Flickr user Steven Wilson (ezeiza) has the hots for Dairy Queen: his dedicated online album features over 140 photos and counting! Wilson included but a single abandoned DQ; a combination Stuckey’s/Dairy Queen store in Lindsborg, KS that judging by the overgrown landscaping has been shut for some time.