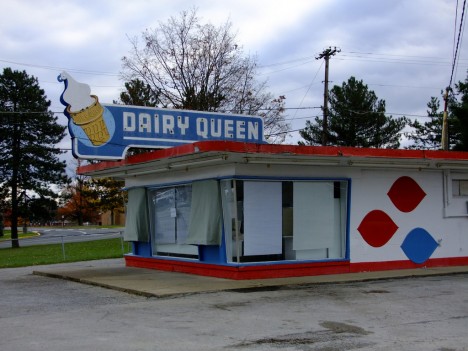 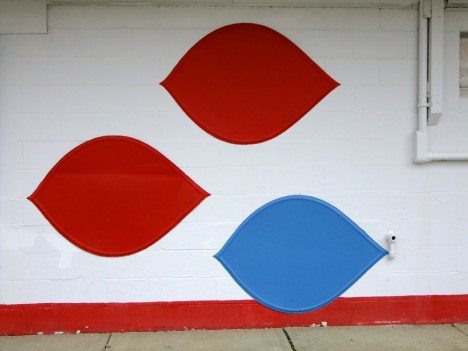 This closed Dairy Queen in Butler Township, PA sports an original style sign accompanied by newer retro-licious “lips” logo appliques on the side. 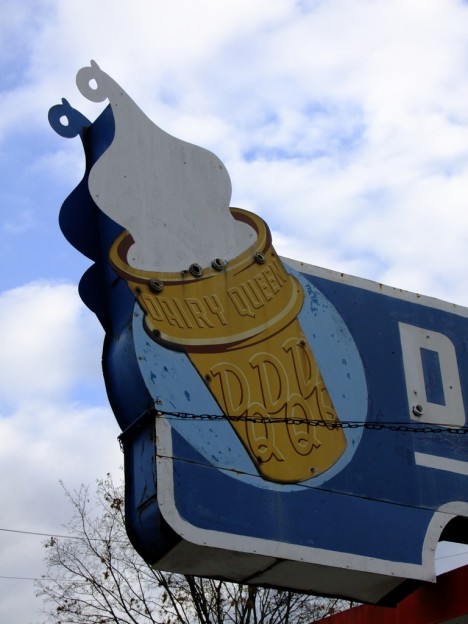 Flickr user Shane Henderson captured this frozen-in-time DQ store in early November of 2013. A hand-drawn sign taped to the front window states “CLOSED”… it could just be closed for the season or closed permanently. 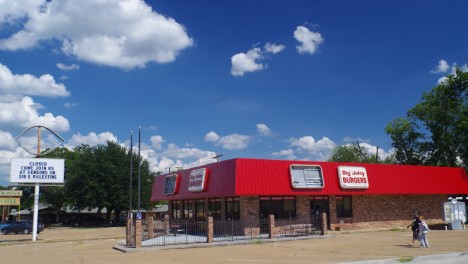 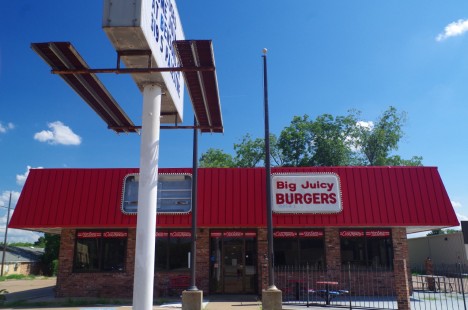 This recently (2013-ish?) closed Dairy Queen in Athens, TX seems to have suffered selective sign removal: the corporate logo signs are gone but “Big Juicy BURGERS” remain for some reason. The rather rotund gent crossing the parking lot in Wildstar‘s first image is definitely heading for heartbreak… or heartsomething, in any case. 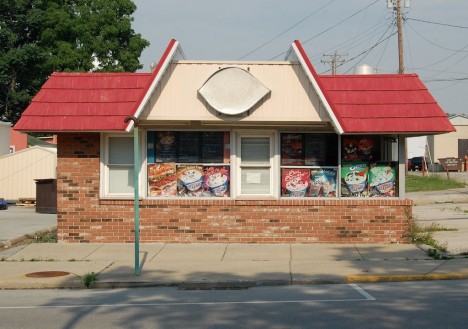 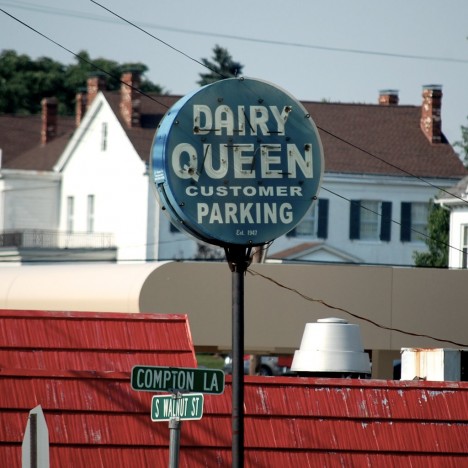 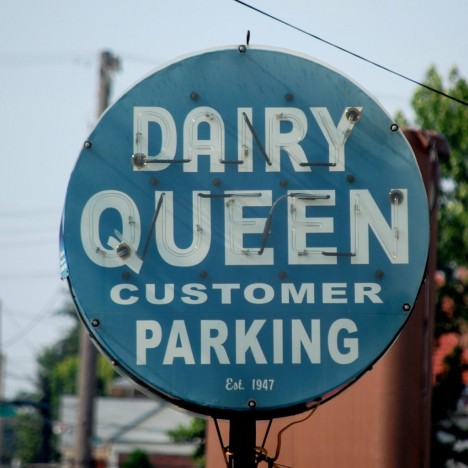 This small but sweet little abandoned Dairy Queen in Wilmington, OH has had some of its signs removed by corporate undertakers but the blue retro neon “Est. 1947” parking lot sign remains – though doubtless it’s not lit nightly these days. Flickr user vistavision captured the sign and store for posterity on July 2nd of 2011. 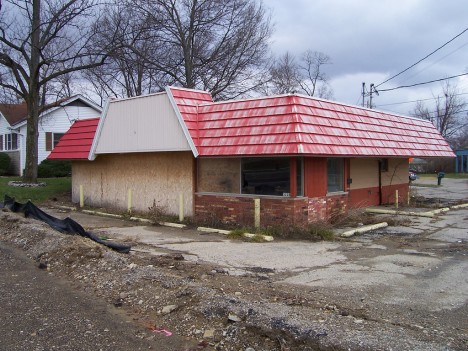 This long-abandoned (and now demolished) former Dairy Queen in Oxford, OH appears to be located on a street corner in a residential neighborhood – every red-blooded American kid’s dream! Kudos to Flickr user Scott (scottamus) who snapped the sad store on a mighty cold late-December day in 2007. Frozen yet? Let it go…