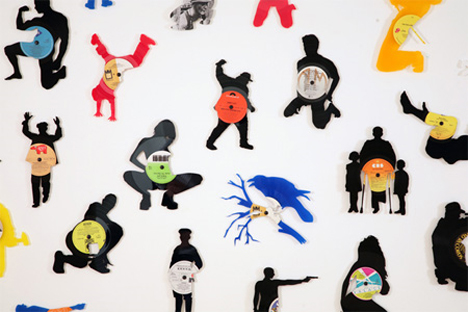 They may not play music any longer, but these records definitely have something to say. Artist Carlos Aires created this series, entitled “Love is in the Air”, by using a digital process to laser-cut shapes drawn from images of pornography and disaster and juxtaposing them with innocent scenes of animals and children. 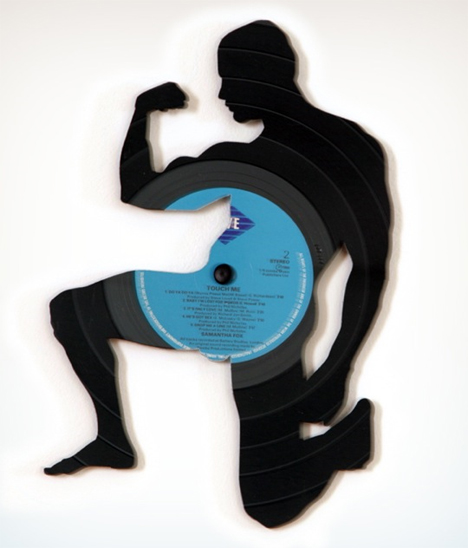 It may not be obvious at first, but this laser-cut vinyl art is more than just simple shapes. What is suggested but not shown is just as much a part of each work as the silhouette itself, and even the text on each record imbues subtle meaning – such as the “Touch Me” title on the body of a muscled man. 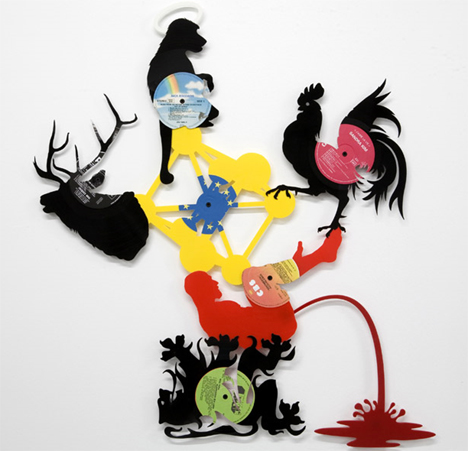 Mostly known for his photography, Aires is certainly known for deviating from the conventional in his art, which consists of uncommon subjects like dwarfs and parks known for gay sex cruising in a hazy, fairytale-esque style that imitates romantic painting. 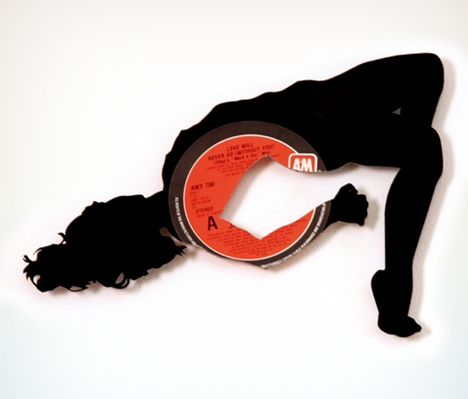 Raised in Spain and currently dividing his time between his birth city of Málaga and Antwerp, Belgium, Aires earned an MA in Photography at Ohio State University. His entire portfolio can be viewed on his website, CarlosAires.com. 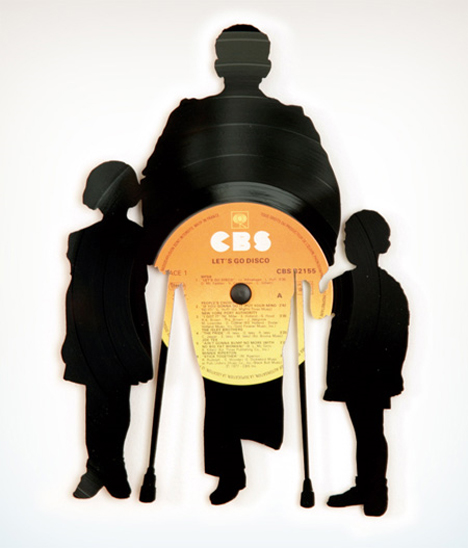