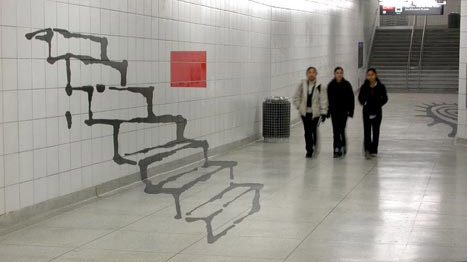 On their harried way through the Toronto subway, commuters passing through the new Bayview/Sheppard station might glance at what looks like a scribbled mess of black paint on the floor and walls and wonder if it was the work of some vision-challenged vandal. But turn a corner and see those sketches from just the right angle, and suddenly playful shapes like umbrellas and clocks appear to be floating in mid-air. 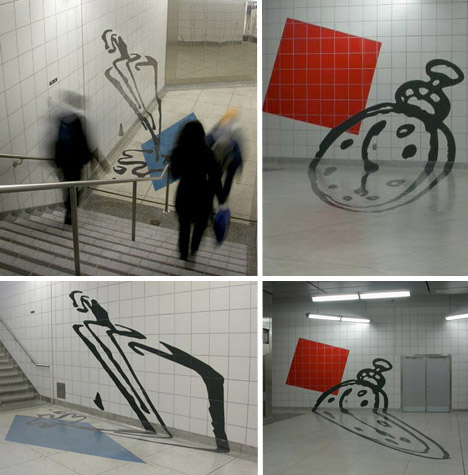 Each of these 24 hand-drawn images are part of an installation by contemporary Canadian artist Panya Clark Espinal, optical illusions that require the viewer to stand in once precise location in order to see the object depicted.

“These images act as beacons, drawing the viewers along various paths of movement,” the artist writes on her website. “Depicting everyday objects and simple geometric shapes, the images are rendered in an uncommonly large scale and in unusual orientations, allowing one to interact playfully with them as one moves through the space.” 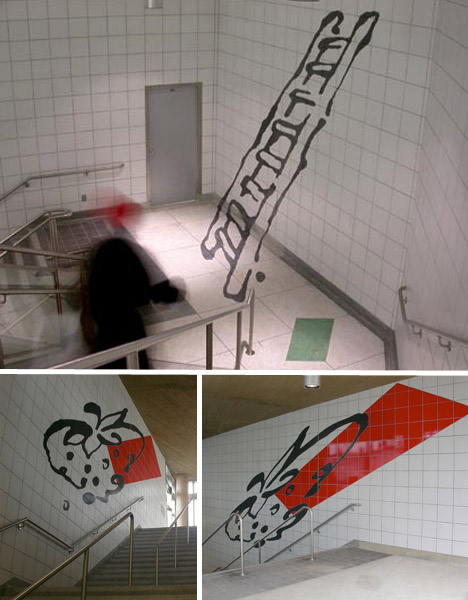 Known as ‘anamorphosis’, this type of art has been around since at least Leonardo da Vinci’s time, when he created a work called ‘Leonardo’s Eye’. Hans Holbein the Younger incorporated the technique into his painting The Ambassadors, which features an anamorph skull in the foreground that looks like some kind of unidentified hovering object until viewed from an acute angle. 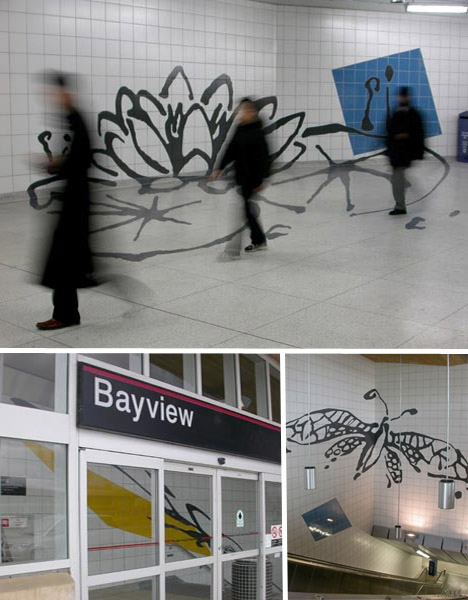 Of course, the most famous contemporary version of anamorphic art is the sidewalk illusions of chalk artists like Julian Beever, who masterfully trick our eyes into seeing things that aren’t really there.