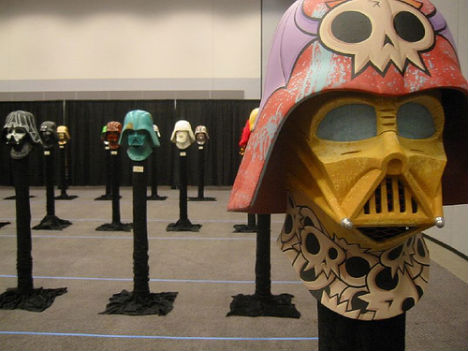 Basic black is classic, especially for a villain – but does it ever get old? There’s no telling what Darth Vader would think about the artistic and sometimes ironic makeovers his helmet has been given by the 100 artists participating in the Vader Project. Anime Darth, Spy vs. Spy Darth, Lady Liberty Darth and plenty of hot pink, sparkly and downright cute designs stand out among this eclectic mix of customized replica Darth Vader helmets. 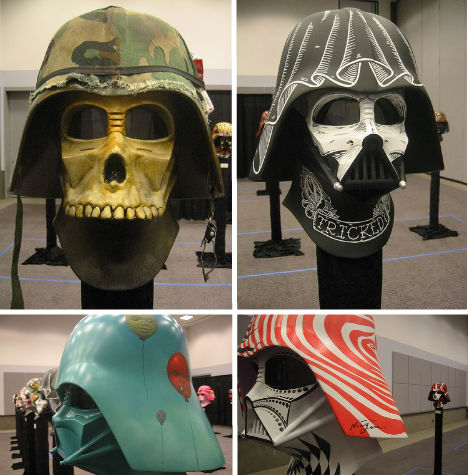 Each lucky artist who got their hands on one of these scale prop helmets – including Ron English, Jeff Soto, Plasticgod and Joe Ledbetter – was given free reign to do to Darth as they wished, and the results are often hilarious and frightening. Darth the Clown could be the star of his very own spin-off horror movie. 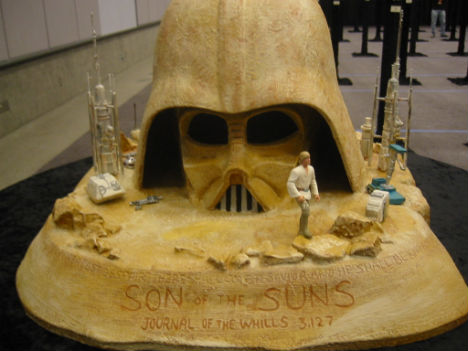 The Vader Project began in 2007 at the Star Wars Convention IV in Los Angeles and has since toured the world. Now, all 100 amazing helmets are back in LA for one last show before going up for sale at Freeman’s Auction in Philadelphia on July 10th 2010. 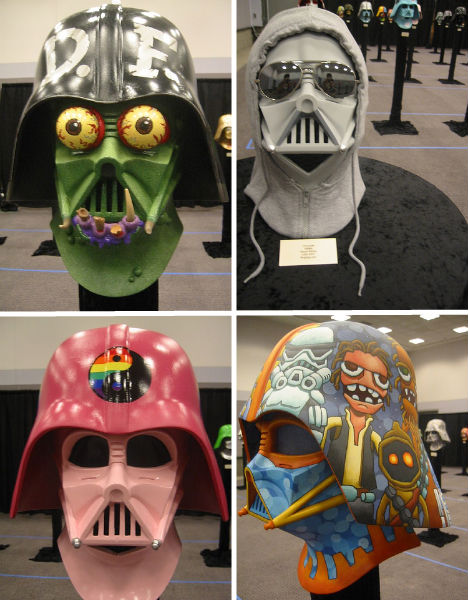 The weekend of June 19th and 20th wraps up the exhibition on the West Coast, and East Coasters can see them at Freeman’s Auction House July 5-9th. Got your heart set on Unibomber Darth or perhaps Flower Power Darth? Prepare to shell out some cash, as each auction is expected to start at $1500. 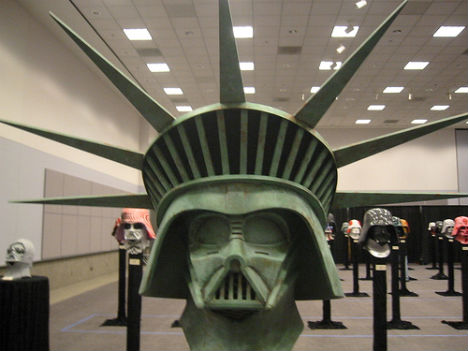