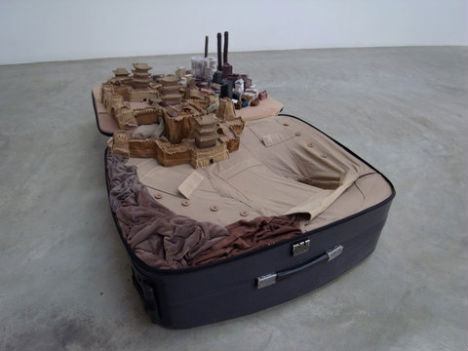 What connection does a discarded sweater on a subway have with the city in which it’s found? For Chinese artist Yin Xiuzhen, the used clothing of a city’s inhabitants take shape as three-dimensional textile models of their places of origin, sprouting organically from suitcases. The series ‘Portable Cities’ attempts to imbue cities with humanity and vitality in an age when globalization has made them nearly identical. 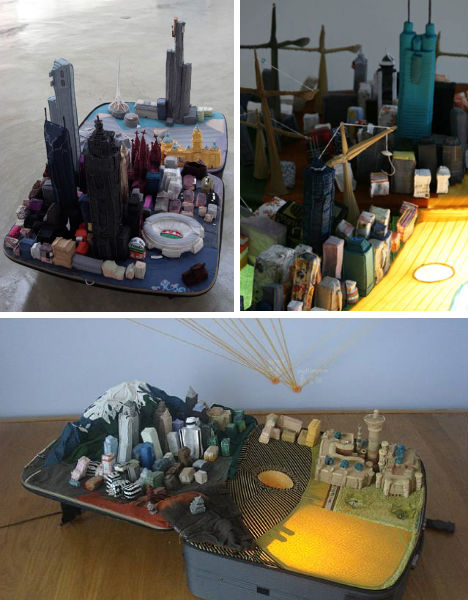 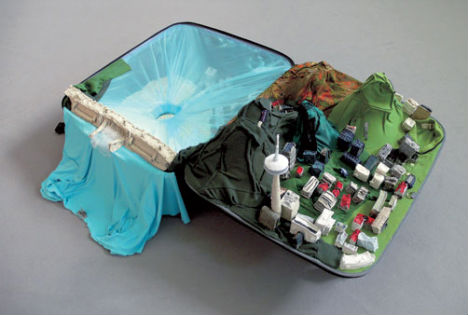 “When I began this series, I was constantly traveling,” says the artist. “I saw the baggage conveyor at the baggage claim every time I traveled. Many people waited there. I was one of them. Since I always traveled with a huge suitcase, it felt like I was traveling with my home.” 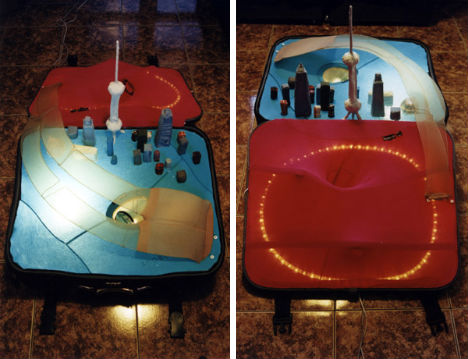 “People in our contemporary setting have moved from residing in a static environment to becoming souls in a constantly shifting transience. The suitcase becomes the life support container of modern living…” she told Walker Art. “The holder of the continuous construction of a human entity.”