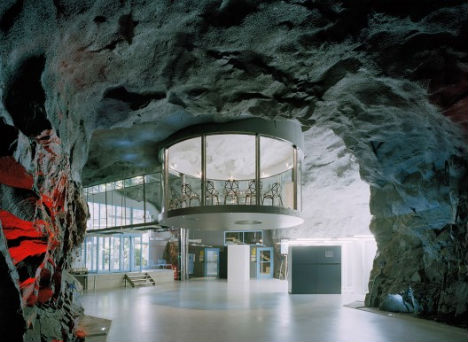 It’s a jaw-dropping hideout worthy of a James Bond villain – so some may find it appropriate that Pionen White Mountain in Sweden is indeed connected to WikiLeaks, international whistle-blowing organization and current foe-du-jour of the U.S. government. Though it seems that this former Cold War bunker located nearly 100 feet below the granite rocks of Stockholm’s Vita Berg Park is not exactly WikiLeaks headquarters, it does host two WikiLeaks servers, and its combination of modern steel and primitive caves is undeniably fascinating in its own right. 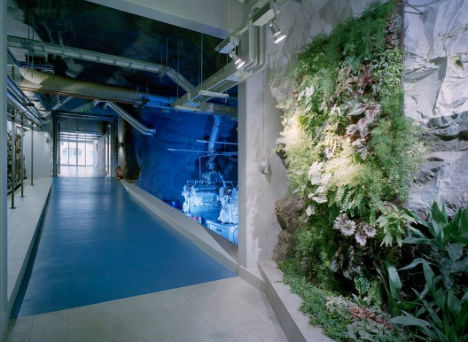 Pionen White Mountain was originally created as a World War II bomb shelter and was converted into a civil defense center in the 1970s to house an emergency unit of the Swedish government in case of nuclear war. In 2008, Albert France-Lanord Architects updated it into a state-of-the-art data center for Banhof, a Swedish internet hosting company. Bahhof expanded the space to accommodate gas oil power generators that keep the servers running in the event of a power outage. 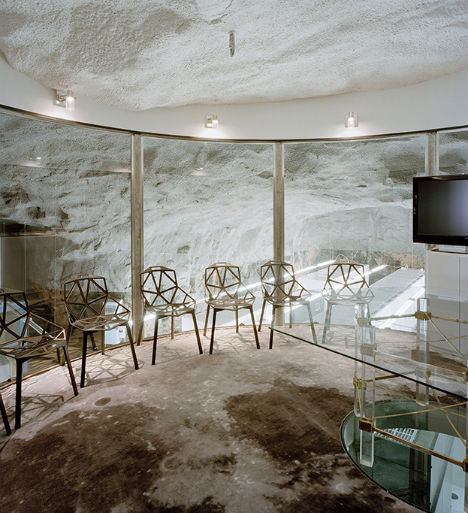 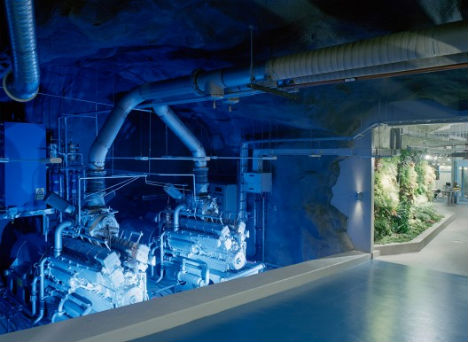 “Since we got hold of this unique nuclear bunker in central Stockholm deep below the rock, we just couldn’t build it like a traditional – more boring – hosting center,” he said. “We wanted to make something different. The place itself needed something far out in design and science fiction was the natural source of inspiration in this case – plus of course some solid experience from having been a hosting provider for more than a decade.”