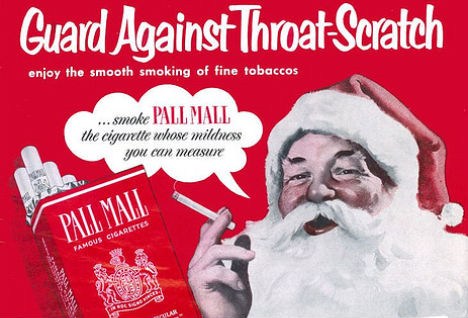 Aah, Christmas in the 1950’s. Back when a carton of cigarettes, a Hoover vacuum or a shotgun (for the father, mother and son, respectively, of course) were unquestionably the perfect gifts to give. At least, that’s the impression we get today looking back at (carefully collected, diligently organized and lovingly restored by Jon Williamson) that were produced during that era, as well as the 1940’s and 1960’s. These 13 vintage holiday advertisements are fun for a laugh, and give us an interesting look at life before the advent of complicated electronics and big-box stores. 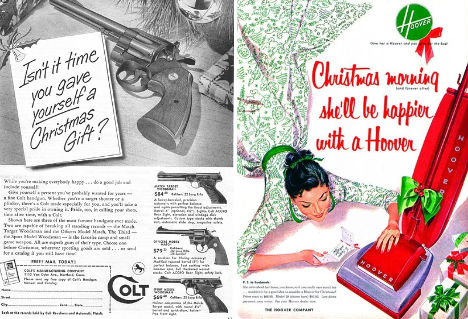 Just how much has life changed since then, and how has it affected advertising? There’s the onward march of technology, the rash of laws designed to protect children from hazardous products, women’s lib and the sexual revolution. 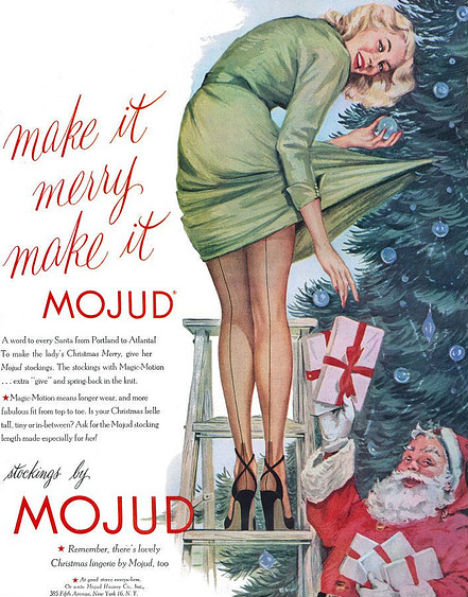 Ads that were ‘racy’ at the time – like Santa peeking up a woman’s skirt –  don’t have anything on the blatantly sex-centered ads of today. The bottom third of a woman’s thighs were about the most of her body that you would ever see. 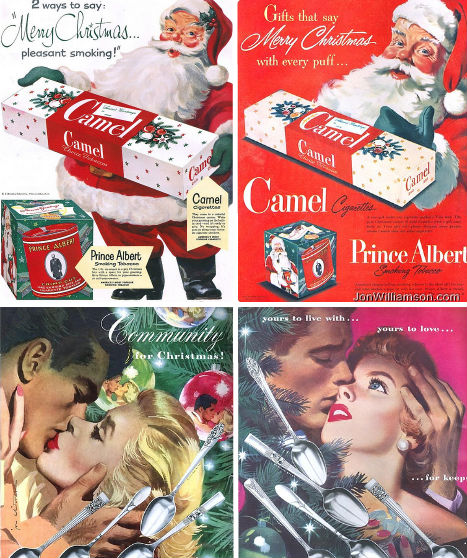 Looking at vintage ads, you’d think that women were all too easily pleased with gifts that help them be the perfect little Suzy Homemaker, like vacuums and – um – spoons. (“She’ll swoon with delight!”) And while a carton of cigarettes still might be some people’s idea of a fantastic gift, you won’t see Santa pushing them anymore. 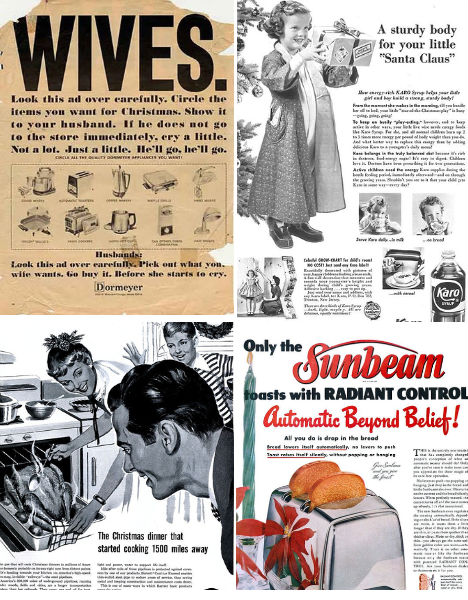 Ideas about food were certainly different back then. Corn syrup was considered a vital part of a healthy child’s diet, and toasters – “automatic beyond belief!” – were absolutely amazing. Better yet, “The Christmas dinner that started cooking 1500 miles away” actually sounded tasty and progressive, in comical contrast to today’s emphasis on local food. 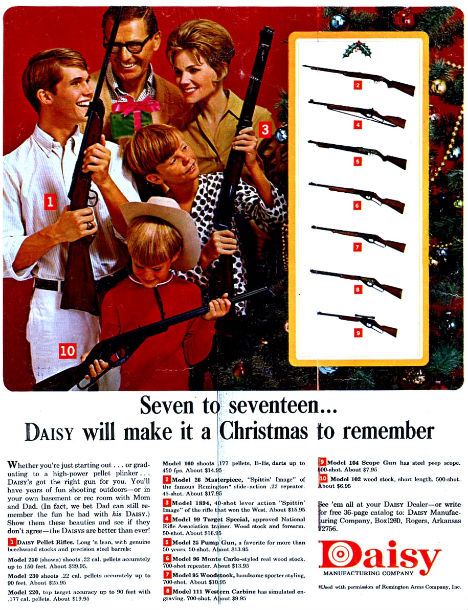 And of course, pop culture has given us an indelible impression of the desirability of children’s guns during that period. “You’ll shoot your eye out!”