With so much focus on Google Street View privacy issues, many people have missed a whole subset of non-controversial but much more strange Street View images. Accidental recombinations and distortions on Street View images have resulted in something that could be mistaken for an art form. 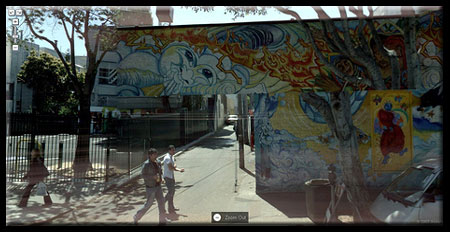 Achitectural Splices: many of the most interesting images occur where two geomtries mix incorrectly. The result, however, almost suggests a hidden layer to the urban environment. The above Google Street View image is reminiscent of a Dada painting or conceptual urban sketch. 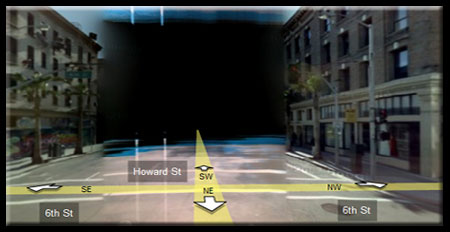 End of the World: when the Google Street View van finds a border the infill could be many things – blue sky, white nothingness or some ambient color. Instead, a black void is inserted, suggesting space or a vacuum on the other side. This small decision makes a big difference. 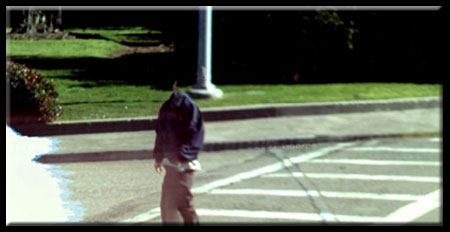 Surreal Subtractions: some things get cut off in the splicing process, resulting in humorous but creepy omissions such as the head of the above individual. Perhaps the creeping white void to the left of the image is approaching to erase him? Who knows! 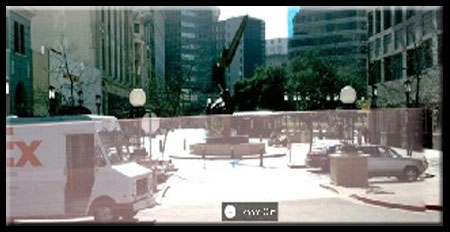 High Contrasts: the subjectivity of photography in images like those above, where different lense angles and lighting conditions create a radical contrast between parts. This is a good reminder that any view is necessarily subjective, and the illusion of actual reality is relative. 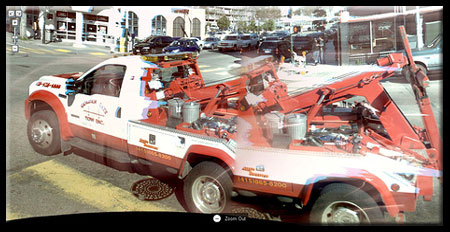 Hybrid Objects: sometimes the Google Street View splicing results in a mutant object or vehicle that seems almost but not quite believable. These stir the imagination, though they are clearly the result of programmatic errors. Is this accidental graphic artistry, or just an unfortunate computer glitch? That, of course, is up to the viewer. Collections of surreal Google Street View mistakes have appeared on Flickr and can be voted on at sites like MapMole.