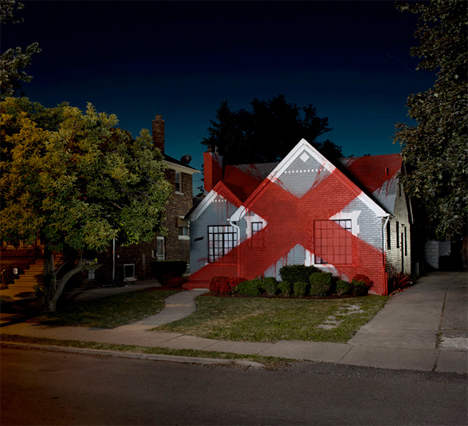 For the last two years, artist Ian Strange has traveled the East Coast of the United States, painting suburban homes in shocking shades of red and black, and in some cases, burning them down. The project is called SUBURBAN, and it takes a look at the suburban house as a cultural icon, and its significance as an integral part of the American Dream. “The idea of this project is to start to reduce the suburban home and the family home in the suburbs,” says Strange. 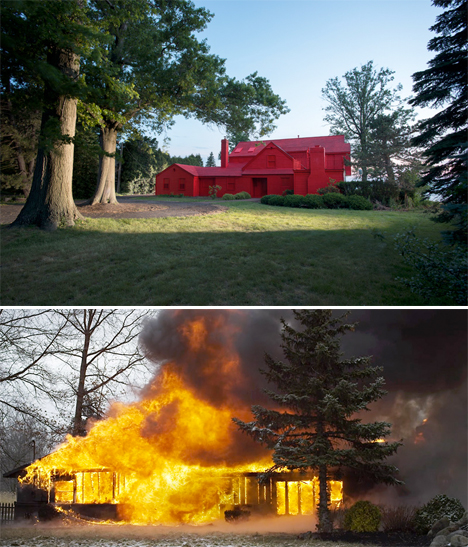 Strange brought film crews and volunteers to Ohio, Detroit, Alabama, New Jersey, New York and New Hampshire to alter, photograph and film eight suburban interventions. One home bears a stark red X; another is painted solid black but for a circle in the middle. Another bears a massive mural of a human skull. 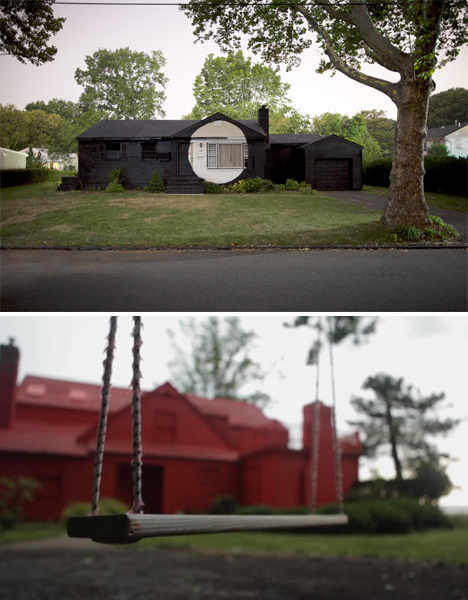 The video gives us eerie glimpses of these homes during the process of their destruction. Other symbols of comfortable, deceptively satisfying suburban life, like a swing blowing gently in the wind, make for a stunning contrast against the altered homes. 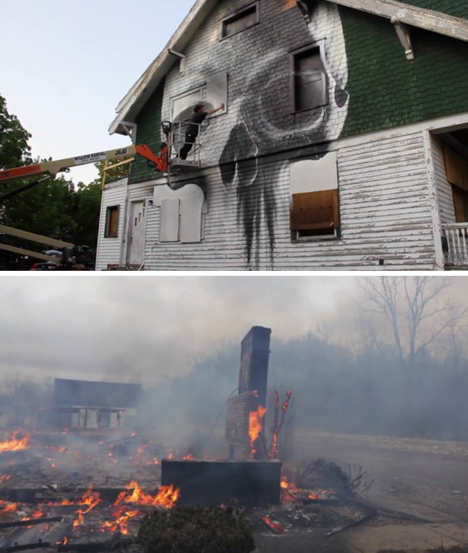 “You take such potent imagery as the home, and suburbia, and something that is so familiar, and subvert it and twist it so slightly… you begin to articulate that sense of isolation,” says Strange.