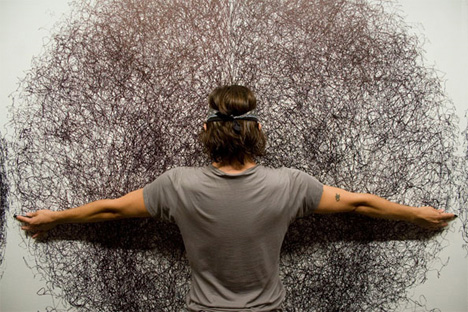 Most of us played with Spirographs at some point in childhood. The simple set of plastic shapes that made awesome geometric designs on paper never failed to amuse us – at least for a few minutes at a time. Dancer and artist Tony Orrico has never lost his love of Spirograph – in fact, he enjoys the mathematical shapes and unique works of art so much that he has turned himself into a human Spirograph. 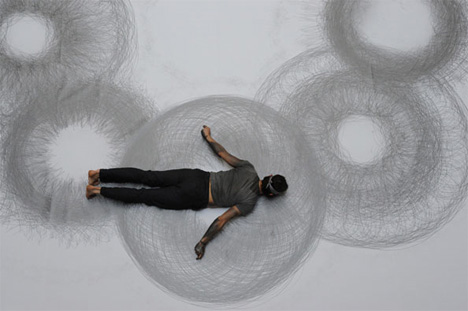 (image via: Cube Me)

Grasping writing implements in his hands and sporting a determined look on his face, Orrico puts himself into position and begins the painstaking process of creating precise geometric patterns using nothing but his own muscles. Both arms work in unison, marking carefully considered geometric shapes over and over while his body moves across the writing field. 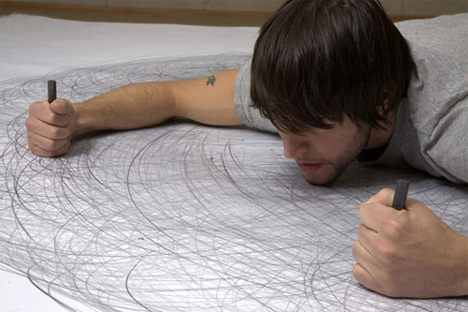 He pivots around on his stomach, spins in circles on his knees, or simply stands still and stretches his arms above and beside him, all the while dragging his pencils and creating crisp shapes on the paper. 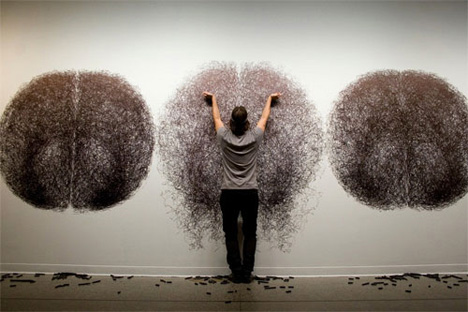 It is part performance art and part visual art, with the making of the pieces being just as interesting as the finished products themselves. Orrico often produces his amazing works in front of a live audience. Those present during the creation of his art pieces seem totally rapt as they watch the dancer use his powerful body as a tool for creating his own unique brand of creative expression. 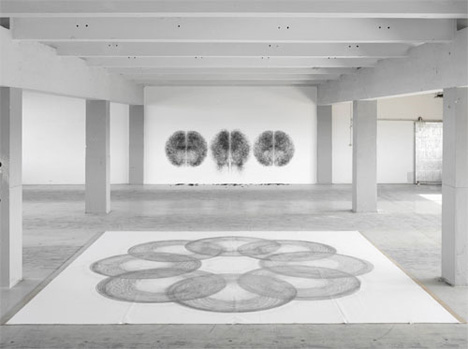 Orrico’s training as a dancer must come in handy when creating his impressive Spirograph art. He can spend up to four hours on each piece, employing his muscles to help him create precise shapes and to keep him constantly moving. 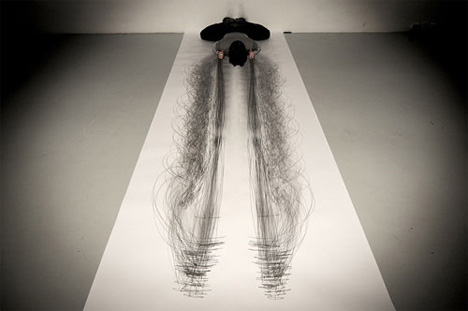 The finished pieces are a surprising combination of organic and sharply mathematical shapes. As Orrico points out, he is not trained in the finer points of the convergence of art and mathematics, but he is nevertheless drawn toward this intersection. His art serves as a simple entry point for others who, like the artist, seek a simple visual expression of the very point at which art, math and science meet.