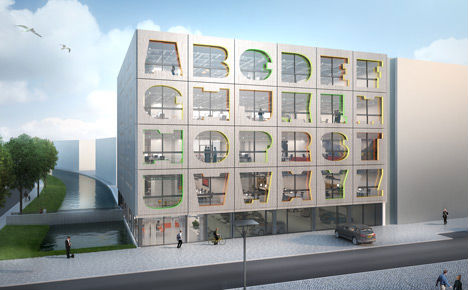 No, that’s not a school building, though local schoolchildren will undoubtedly gaze at the facade and think about their ABCs (and perhaps get confused, realizing that a few letters are missing.) The Alphabet Building is Dutch design firm MVRDV’s approach to providing more suitable office space for small to mid-sized creative companies in Amsterdam, a city where such space is sorely lacking. 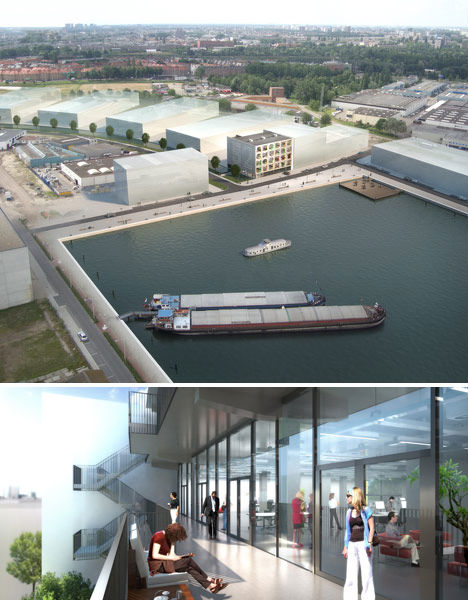 Each letter-shaped cut-out in the Alphabet Building’s metal facade provides a large window for an individual office unit, and signifies the address extension for the occupying business. On the east facade, a series of dotted windows forms the number 52, which is the building’s street address. The building is located in the Amsterdam port refurbishment Minervahaven, which is being transformed into a creative hub, and features high-ceilinged loft-like interior spaces. 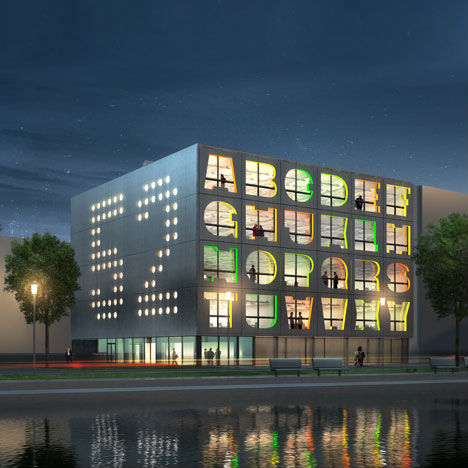 MVRDV initially designed the building without the letters I and Z, but ultimately left off I and Q, leading to a few jokes among architects and locals about the intelligence of the design and its impact on young onlookers. The firm explains, “As it was impossible to put the entire alphabet on the façade the letters I and Q are missing: the IQ is inside the building.” 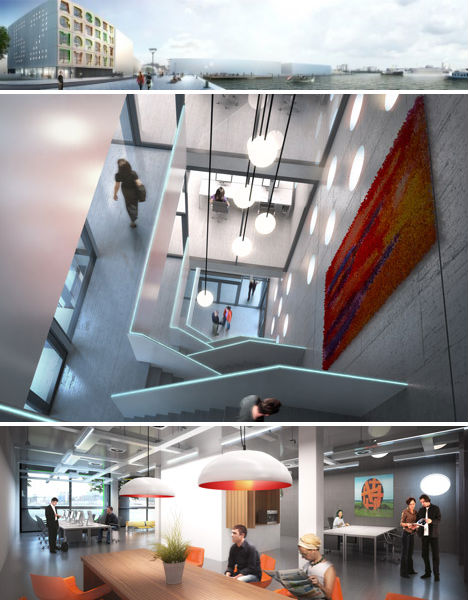 In Amsterdam, spacious offices with inspiring interiors and lots of natural light, located in a good area with easy car access, aren’t exactly easy to find, yet are in demand among creative companies. “The Alphabet building in the Amsterdam port refurbishment Minervahaven unites all these qualities,” says MVRDV. “The former port is currently refurbished to become a creative hub.”