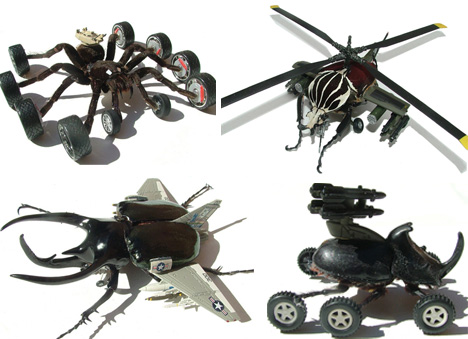 Imagine a world in the not-so-distant future – a world so ravaged by war that the human race has become desperate to turn things around. In the midst of this desperation, the Pentagon’s “weird science” branch DARPA comes up with a brilliant way to end all war. They will militarize insects, giving them the gifts of intelligence, incredible power and unprecedented access. They would use these tiny living weapons to bring down the great military powers of the world. But what they never considered was that, with their newly-granted intelligence, these tiny weapons would decide the real enemy was the human race itself…. 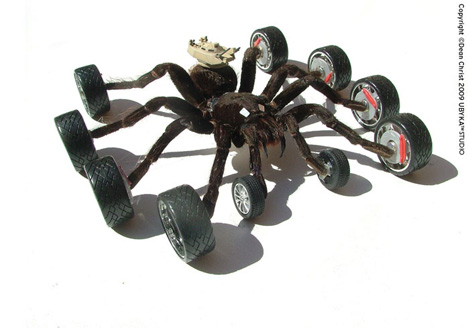 The story, of course, is pure fiction. It was constructed to explain the purpose of these incredible armored insects. Made by Dean Christ of Ubyka Studios, the Ubyka Army is a collection of museum-quality dried bugs adorned with various bits and pieces of weaponry, armor and tactical gear. 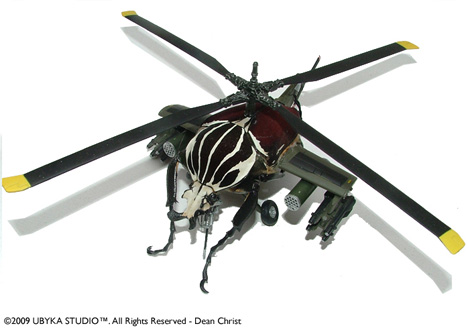 The Ubyka Army is divided into two segments: Skyforce and Earthforce. Skyforce bugs, adorned with rotors or shiny silver wings, glide above the enemy to deliver their deathly payload of weapons from the sky. Earthforce insects can swiftly approach ground-based enemies and let loose their own brand of powerful weaponry. 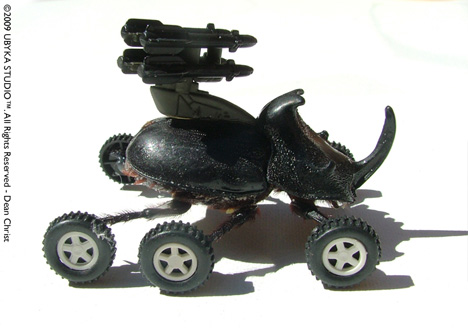 Whether you find the concept of militarized insects ingenious or insane, Dean Christ’s work is aesthetically amazing. He uses model parts and enamel paint from collectors’ kits to embellish the already-impressive insects. Their natural attack and defense mechanisms are only enhanced by the artist’s additions. 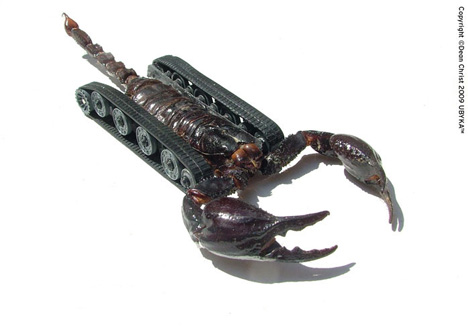 From run-of-the-mill beetles to terrifying bird-eating tarantulas, the specimens Christ uses in his biological sculptures are nothing short of works of art on their own. The artist has said that he does not aim to shock for the sake of shocking; rather, he invites viewers to look past the initial shock factor that comes with using real animals in art and to see the underlying message. 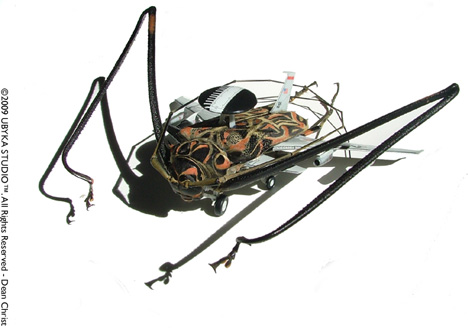 According to Christ, that message is a cautionary one. With the governments of developed nations spending so much on weapons research – much of it of an unconventional strain – it’s only a matter of time before they try something as wild as turning bugs into trained cyborgs. Already, real-life experiments have allowed scientists to control cockroaches’ movements through brain implants. 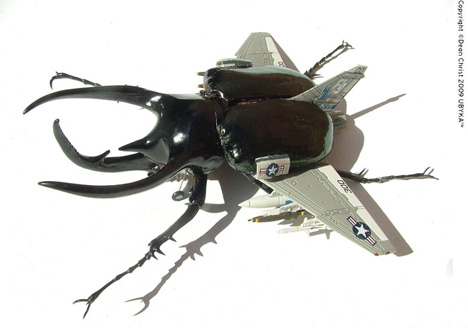 Additionally, Christ points out that plugging into the brains of insects would be far easier than building robots and programming them to move like insects. Though he is not suggesting that this course of action would be wise, his sculptures underline what could very well come to be in the future of military technology.