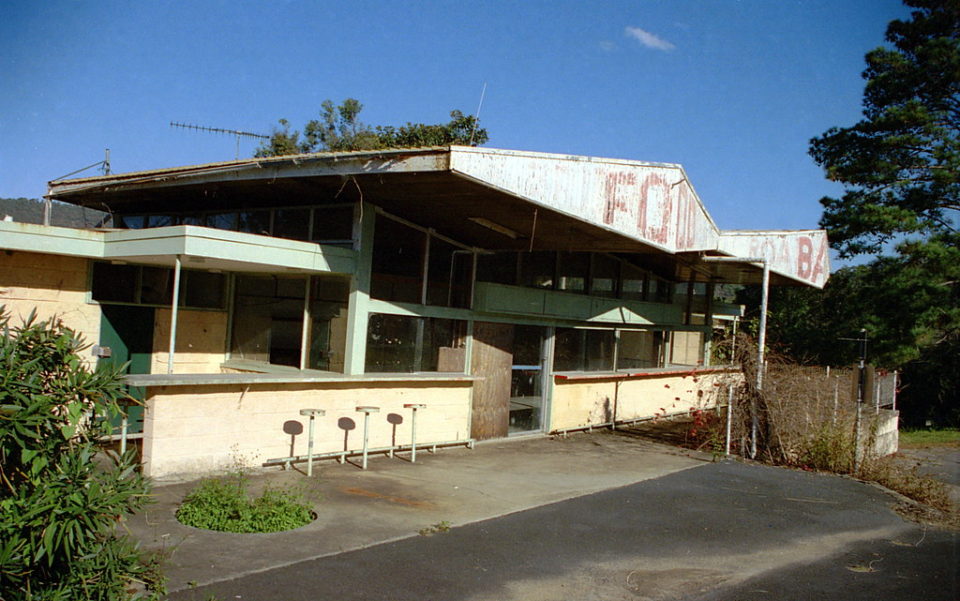 Milk bars have a curiously convoluted history dating back almost a century: the first so-named establishment opened in India back in 1930. The concept of an alcohol-free pub catering to the younger set with healthy, dairy-based fresh and frozen comestibles then took off in the UK, and by 1940 had spread to the United States.

In Australia, milk bars evolved into proto-convenience stores selling cigarettes, newspapers and sundries alongside trademark tasty treats. Our lead images of the abandoned Oak Milk Bar in Kangaroo Point, NSW were taken in 2003 by Flickr member Geoff Eastwood though by that time, the quintessentially Sixties structure had already been long-abandoned. 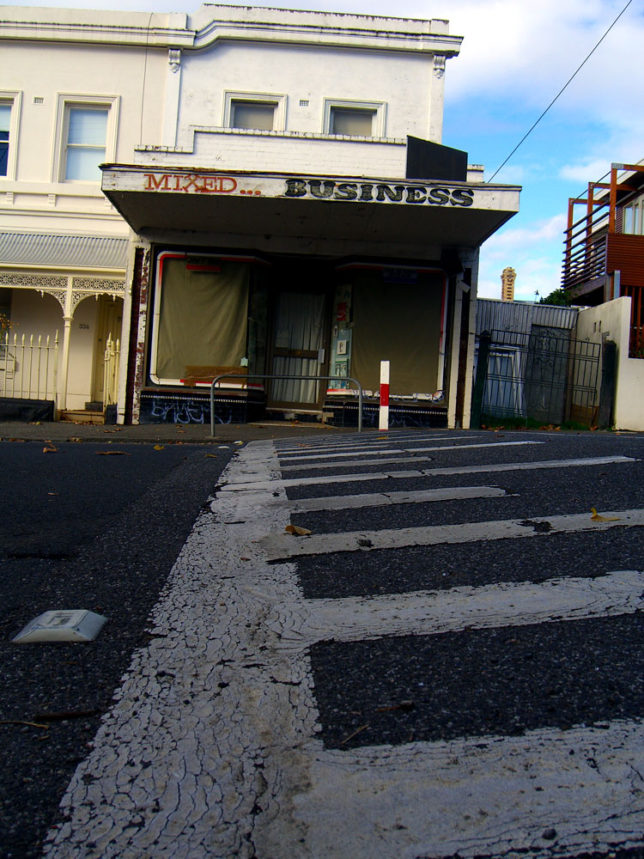 The sign says “Mixed… Business” but to the average Aussie, that meant a milk bar with the aforementioned odds & ends sold within. One would hope the floor within this abandoned milk bar in Fitzroy (a suburb of Melbourne) was more level than the street outside but if not, any spilt milk would run off instead of forming a puddle. Call it a feature, not a bug. Flickr member Susan Fitzgerald snapped the tipsy ex-establishment in July of 2006. 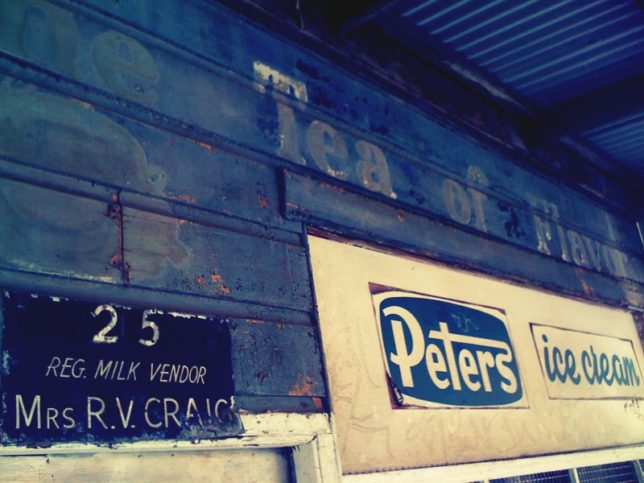 They do things a little differently in the Antipodes… care for some “Tea of Flavor”, fer instance? You’ll find it – at least you COULD, before the shop went (down) under, sold along with Peter’s ice cream at this unnamed former milk bar in Annandale, Sydney. Aussies also take their milk barrista-ing seriously: none other than Mrs. R.V. Craig, “Reg. Milk Vendor”, served up the cow juice with fresh or frozen att-teat-tude! Flickr member Navin (no, not Navin R Johnson) posted the above pic early in 2010. 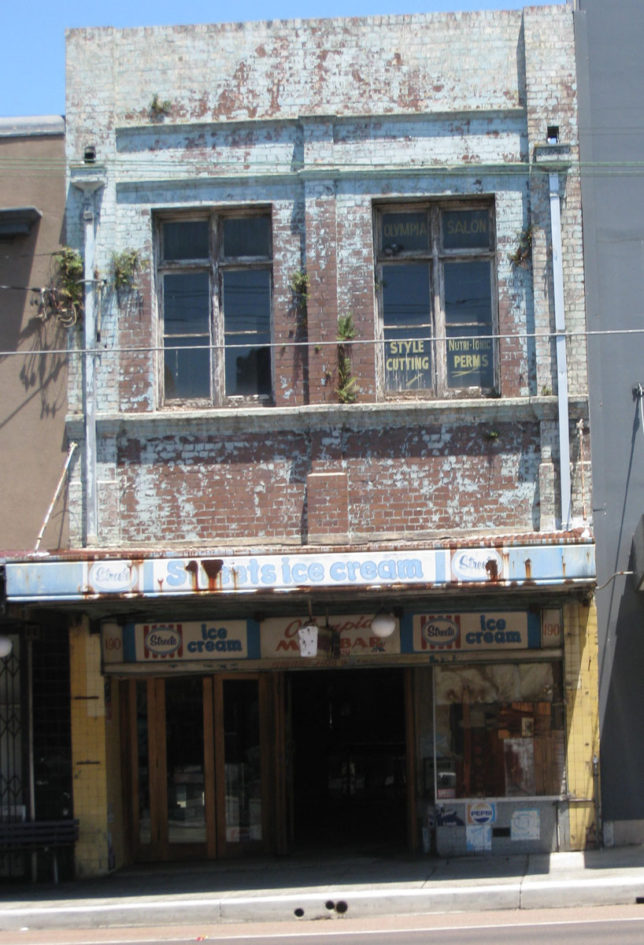 The weight of time is apparent when gazing at the now-demolished Olympia Milk Bar in Stanmore, Sydney. Flickr member Newtown grafitti recalls a movie house just next door, the closing of which likely decimated business at the Olympia. Too bad – a scoop or two of Street’s Ice Cream would have made a notoriously hot Sydney summer evening a tad less hellish. 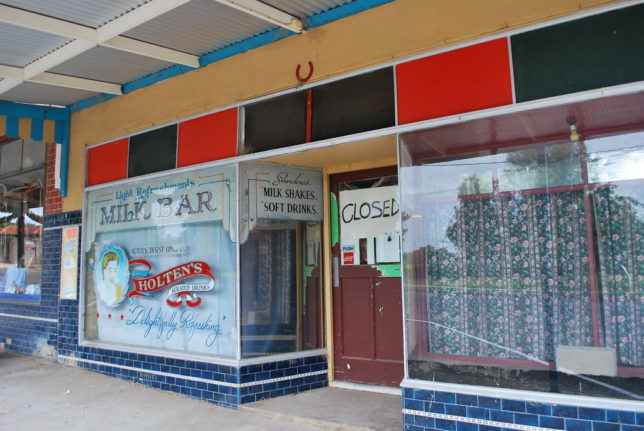 From the serene blue-tiled facade to the homely (in a good way) rose-patterned window curtains, this nameless former milk bar in Murrayville, Victoria just oozes cooling replenishment of the dairy persuasion. One wonders, did anybody ever actually “insist” on being served a “delightfully refreshing” Holten’s aerated drink? We sure wish we could do so but alas, Flickr member Matt‘s photo above plainly and painfully points out the milk bar’s CLOSED status as of January 2010.