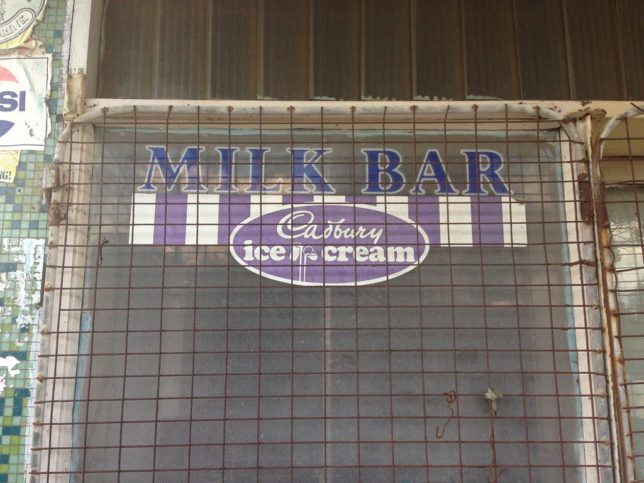 More “aerated” beverages (is this an Aussie thing?) were on tap at this long-abandoned milk bar in Altona North, Melbourne. Flickr member Philip Mallis stopped by to take a few snaps of the shuttered shop in June of 2018, only to be mocked by a fading ad for Cadbury ice cream. 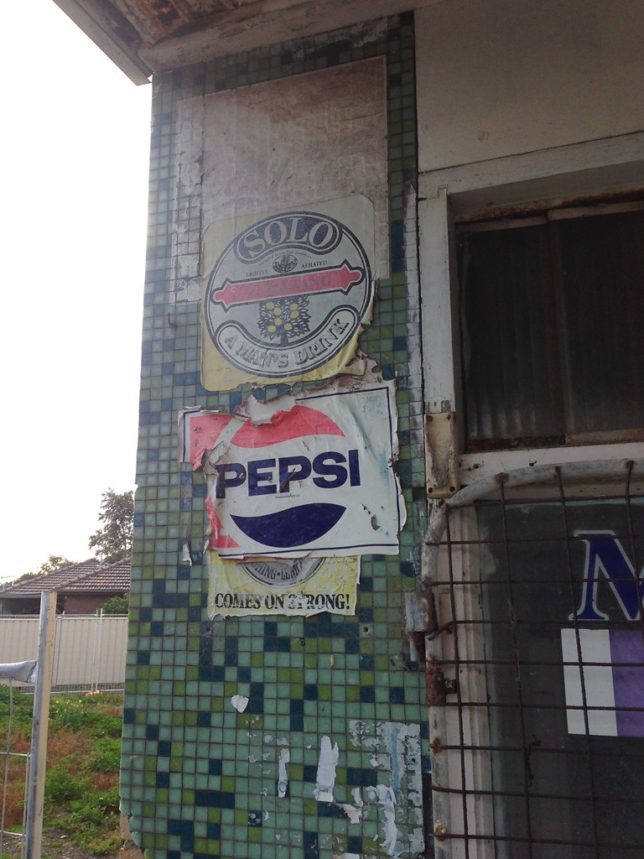 How long since this place was in business? Judging from the rust-encrusted fence/screen, a logo Pepsi retired in 1987, and a peeling ad for SOLO (a lightly aerated “Man’s Drink”), quite some time indeed. 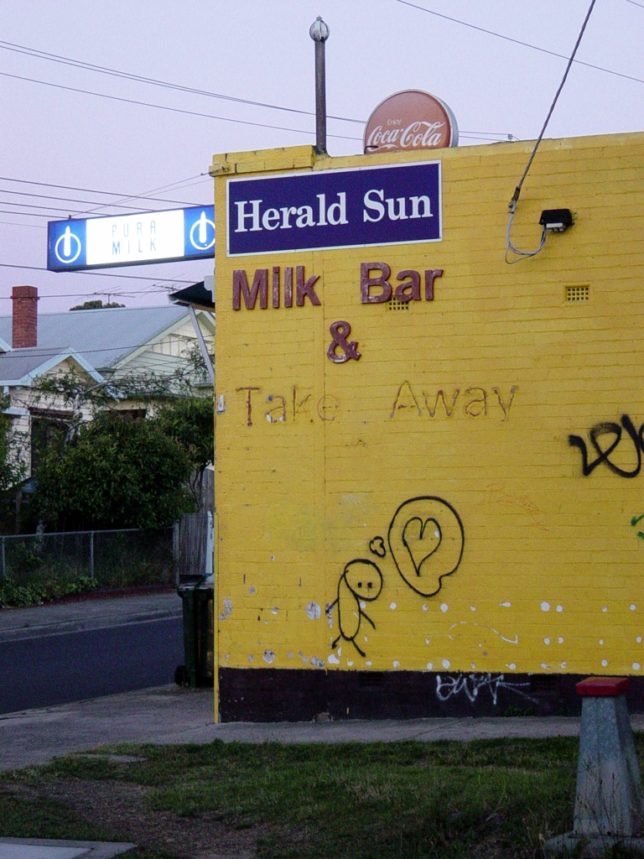 This sunflower yellow corner milk bar would seem to have a lot going for it: signs advertising Coca-Cola, the Herald Sun newspaper and PURA milk indicate it was a multifunctional one-stop-shop. The branding didn’t extend to the store itself, however, and that’s where Australia’s diminishing cohort of independent milk bars loses out against centrally planned and well-funded convenience store chains. Flickr member Andy and an anonymous graffiti artist captured the mood of this former milk bar back in December of 2005. 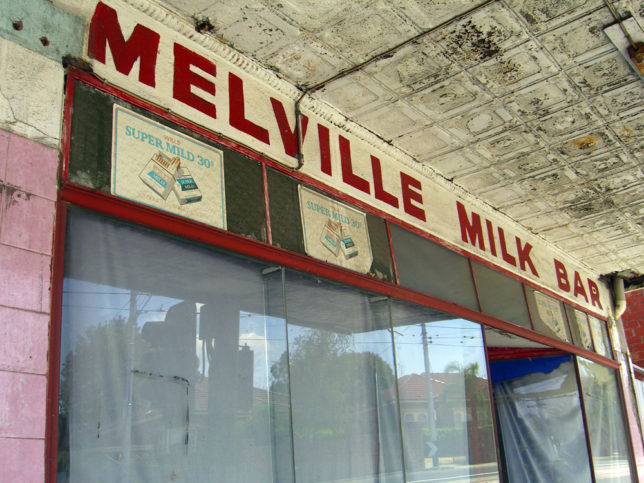 Grab some smokes and sip some shakes at the Melville Milk Bar… not necessarily in that order. The sun-faded and partly papered-over shop in Coburg, a suburb of Melbourne, has been closed and abandoned for quite a while. 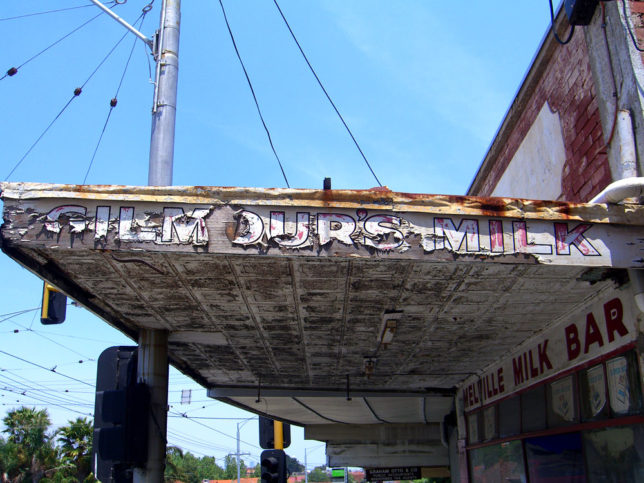 One hint to its age is the peeling “Gilmours Milk” ad on the edge of the front facade’s overhand: Gilmour’s Dairy either folded or sold out in the 1970s. Flickr member Susan Fitzgerald snapped the sorry state of the former milk bar in late 2006. 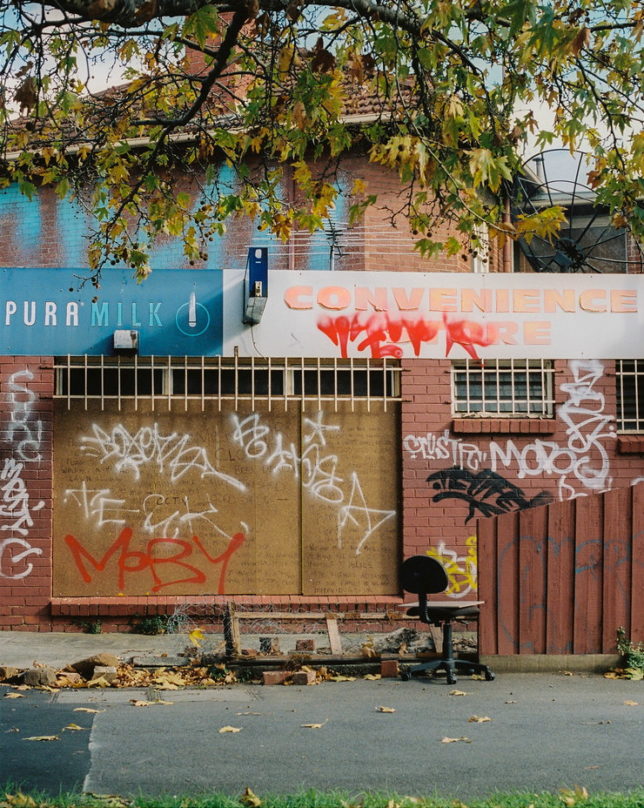 Sometimes calling a spade a spade works, other times it only serves to postphone the inevitable – in this case, the closing of an unprofitable milk bar. Flickr member Ben Jaroenwong captured the graffiti-marred facade of the above “convenience store” (yeah, right) that advertised PURA milk on a Melbourne back street in August of 2018. 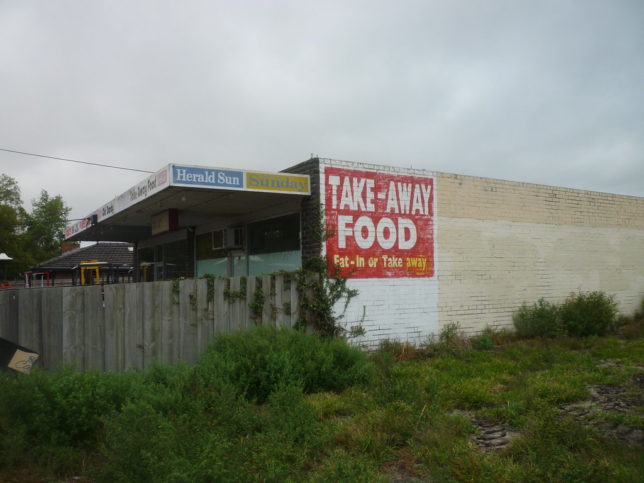 Passive-aggressive much? Judging from the sign, this abandoned milk bar in Heatherton, Melbourne would prefer you order your food and GTFO instead of consuming it on the admittedly sketchy-looking premises. They even took the time to paint “TAKE-AWAY” twice on the sign… dudes, we can take-away a hint, OK? 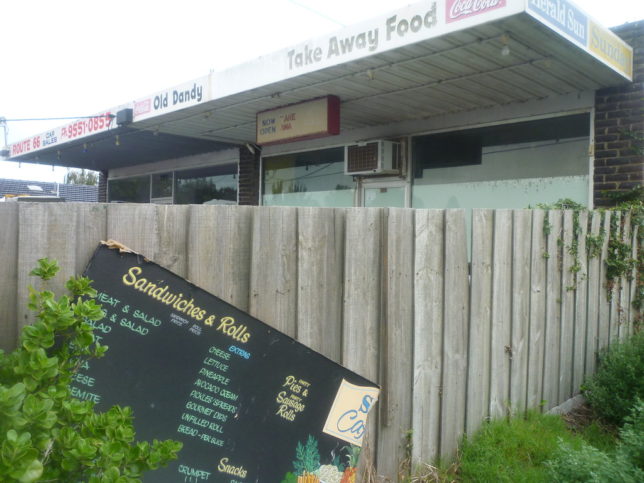 Flickr member AS 1979‘s somewhat fuzzily-processed image above from March of 2013 perfectly crystallizes the dark and disturbing vibe exuded by the old milk bar. Enter at own risk, lest ye be taken-away and eat-in!