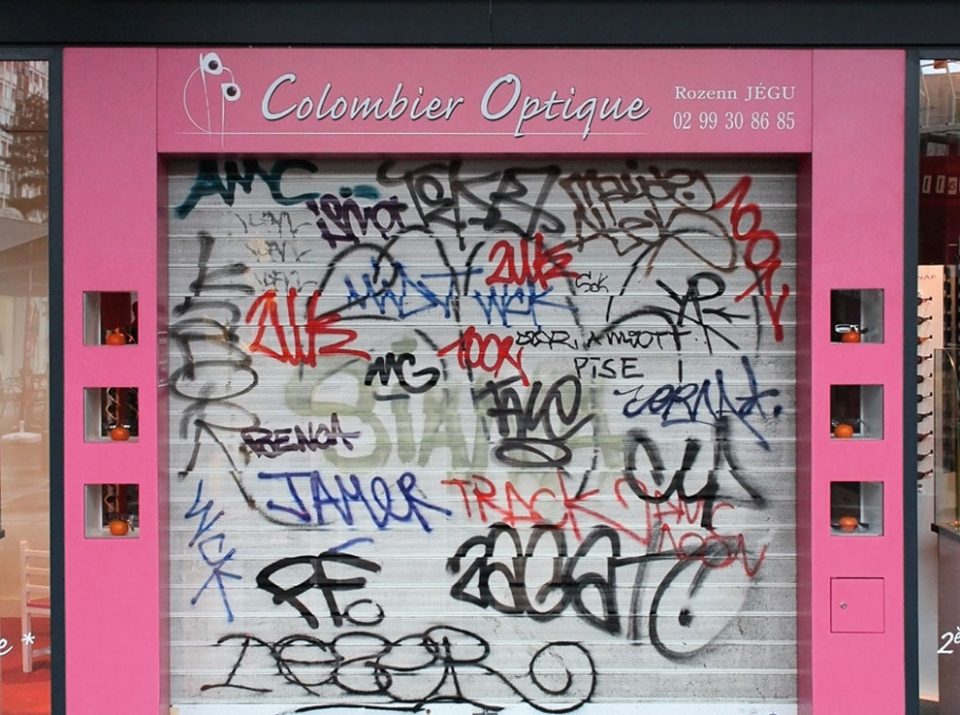 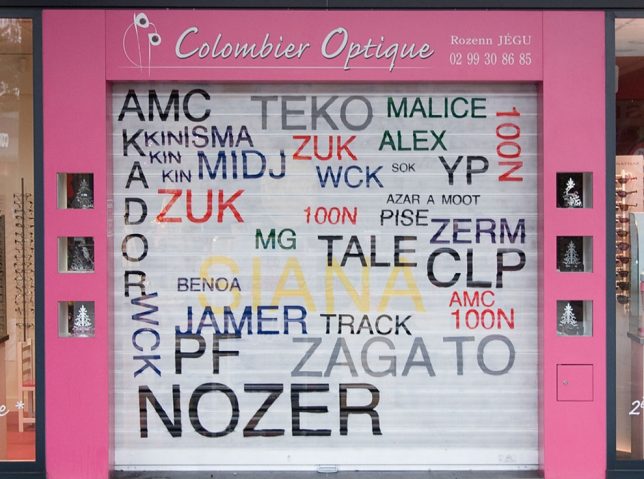 His past works have turned murals into blocks of color or applied copyright watermarks to urban surfaces so they will show up in photographs, but this series seems to be an audience favorite, perhaps uniquely suited to a digital age. 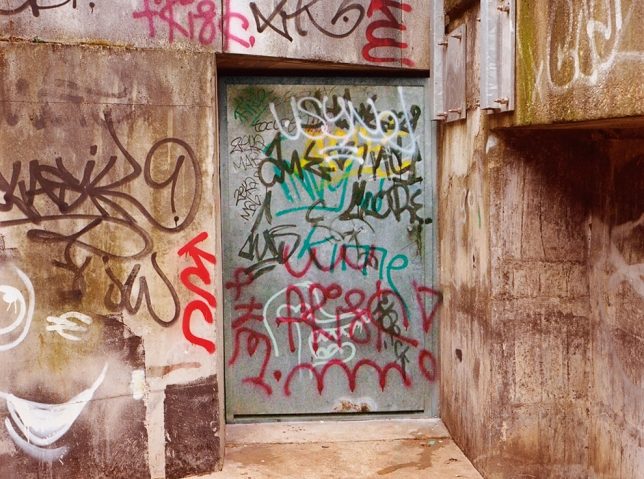 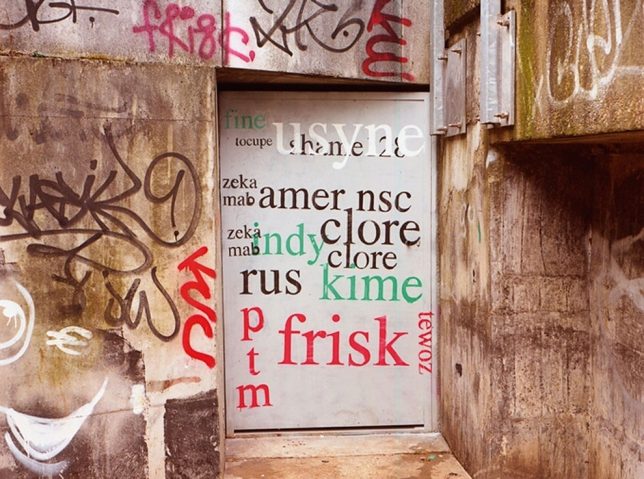 In most cases, he simply takes a picture, paints over the existing graffiti (which, given public works, would probably not last long anyway), then matches the relative size and color of the vanished tags but in a consistent typographical style. 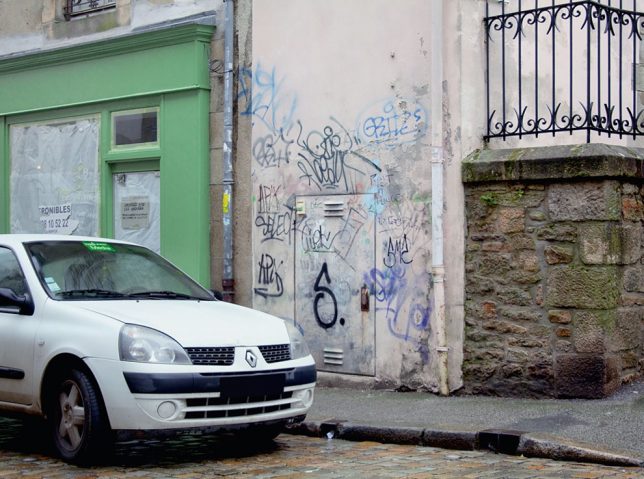 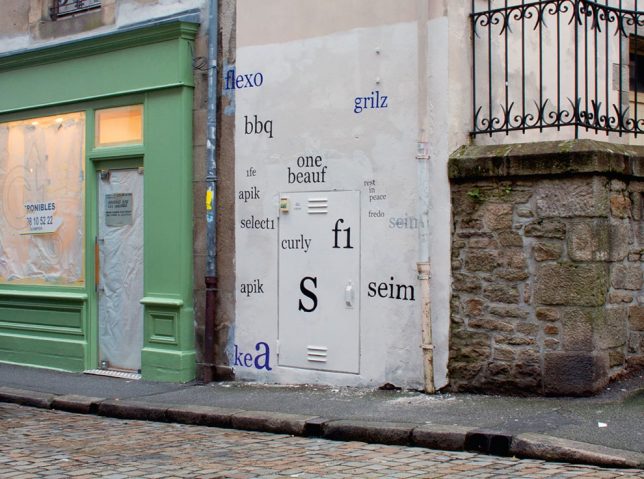 One could argue he the makes dynamic surfaces of Rennes, France static rather than simply legible, but it does raise questions about the intersection of words and meaning when it comes to street tagging. The content seems lost when rendered in boring fonts rather than a stylized hand. 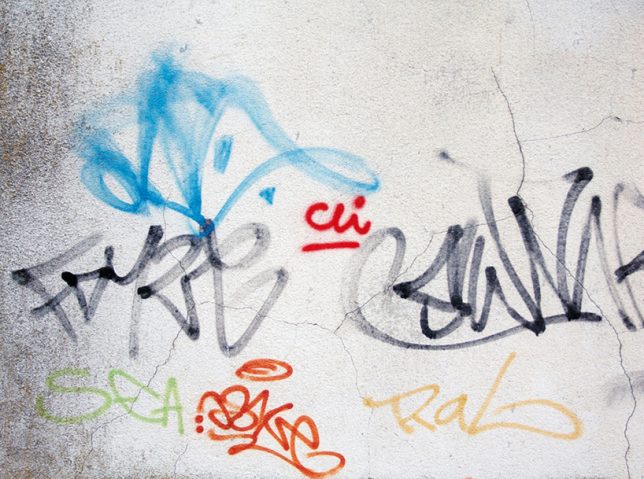 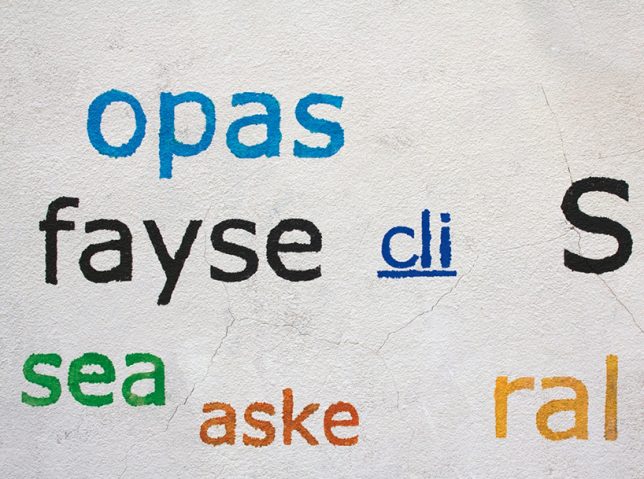 ‘The principle of ‘Tag Clouds’ is to replace the all-over graffiti calligraphy with readable translations like the clouds of keywords which can be found on the internet,’ Tremblin says.

“It shows the analogy between the physical tag and the virtual tag, both in form (tagged wall compositions look the same as tag clouds), and in substance (like keywords which are markers of net surfing, graffiti are markers of urban drifting).” 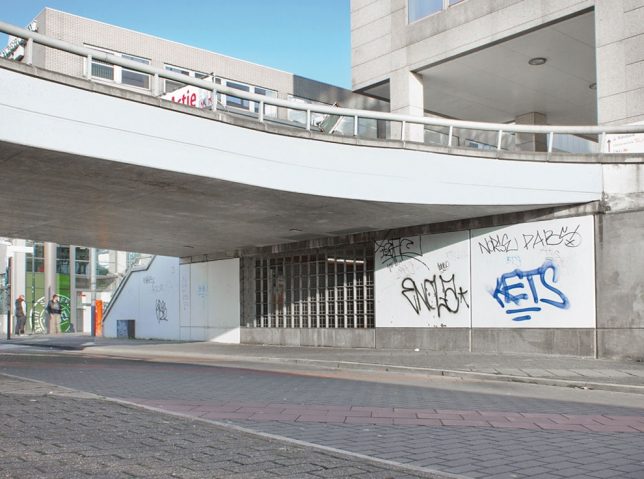 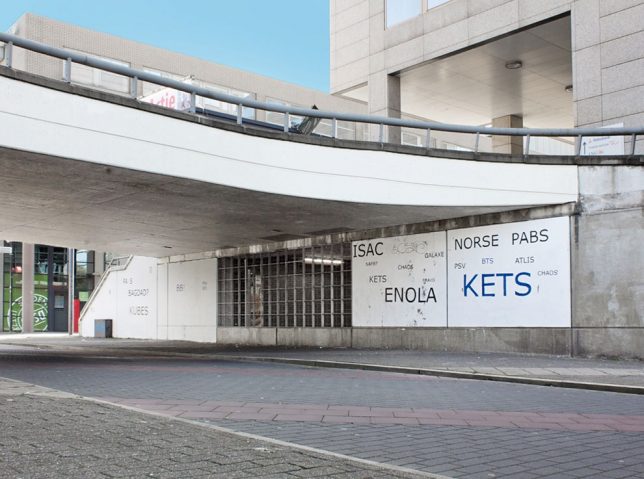 Oddly, too, the results stand out more than the original graffiti, thanks to familiarity – our mind is so used to seeing and dismissing curvy tags, but comprehending and reading fonted text.