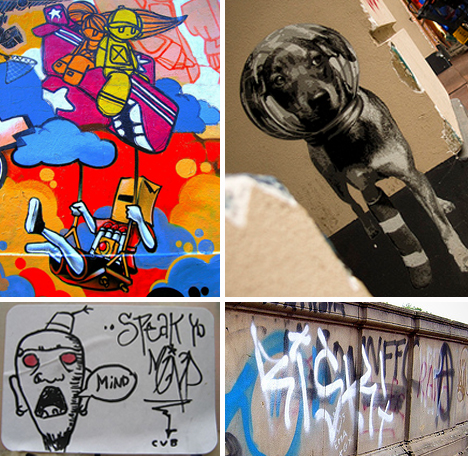 When you walk by graffiti in the street, do you take the time to study it? Do you look at its composition to determine the intention of the person behind the spray paint can? If you do, you may notice that there are identifiable styles or types of graffiti. From the simple, quickly-done tags to the elaborate and often breathtaking full-wall pieces, graffiti runs the gamut. There’s a whole language and complicated hierarchy of graffiti out there that most people simply walk by every day without noticing. 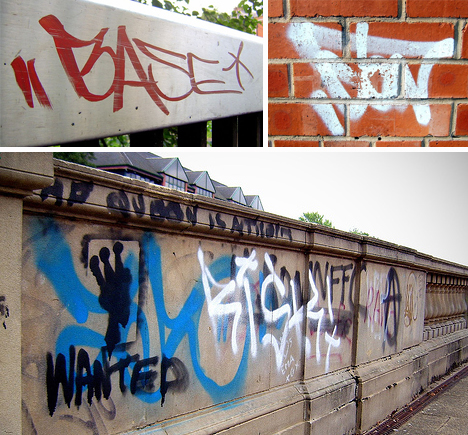 Tagging is the simplest type of graffiti, consisting of the writer’s street name in one color. Tags are basically the graffiti writer’s signature; if they’re associated with a crew, they might also contain the crew’s name or initials. Tags can be seen everywhere and are done in spray paint, markers or pens. If a tag is put up over another writer’s tag or piece, it’s extremely disrespectful. 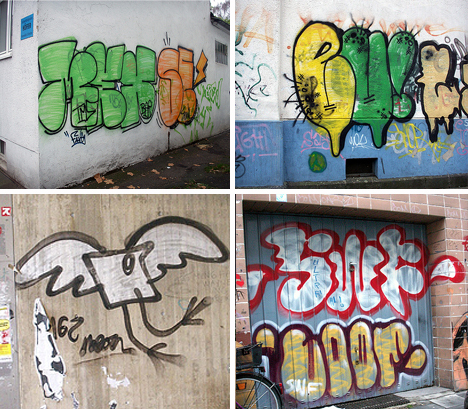 A throw-up is a little more complicated than a tag, usually having two or three colors, but not nearly as elaborate as a piece. A throw-up is something that can be done quickly and repeatedly, while still identifying the writer. They’re usually done in bubble letters, often in one color with a differently-colored outline. When a graffiti writer goes out bombing, they’re usually either putting up tags or throw-ups all over their area. 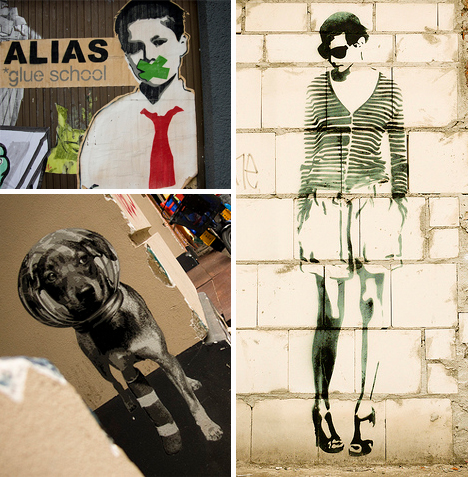 Using stencils is a quick and effective way to put up somewhat-complicated pieces very quickly. By holding the stencil against the wall and spraying, you can get a much more detailed picture than you would be able to with just a spray can. Even if you use two or three layers to make a more colorful and intricate picture, stencil graffiti can be thrown up in a matter of minutes. This is the type of graffiti that was made popular by the likes of Blek le Rat and Banksy and has now taken hold with graffiti writers everywhere. 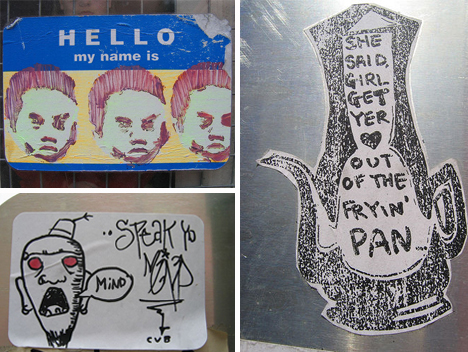 Stickers are a quick and easy (some say lazy) way to throw up a tag quickly. Graffiti writers used to use the “Hi, My Name Is” name tag stickers, but these days it’s also common to see them on the free address labels you can get from the Post Office. It’s just as likely to see elaborate, professional-looking printed stickers with a message or image plastered all over. Graffiti artists like stickers because  they can take their time on the art in private, then quickly slap them up wherever. 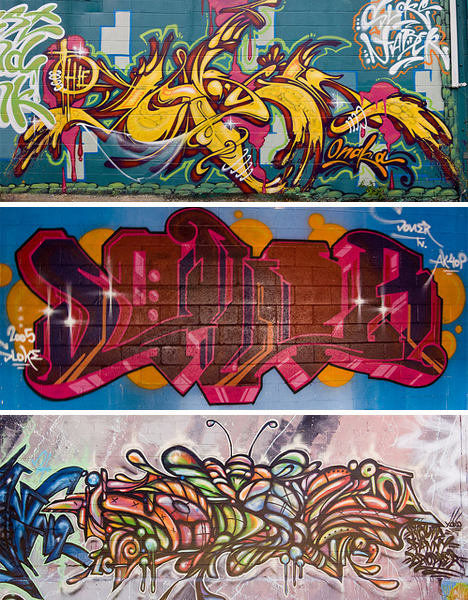 Wildstyle is a particular style of writing that was developed and popularized by graffiti artists like Tracy 168, Stay High 149 and Zephyr in New York City. It’s a complicated and extremely stylized form of writing that, to the untrained eye, is not easy to read. Wildstyle writing features arrows, spikes, curves and other elements that non-graffiti artists may have a hard time understanding. Wildstyle pieces are often 3D and considered to be one of the most complicated forms of graffiti. 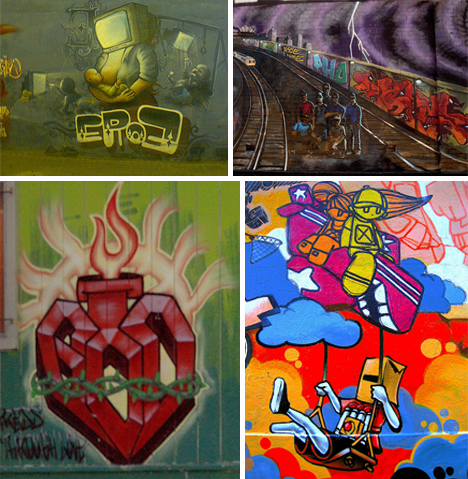 A piece (short for masterpiece) is a graffiti painting, much more complex than a tag and having at least three colors. Pieces are hard to do illegally because of the time and effort involved, so a good piece will gain a lot of respect for that particular graffiti artist. As graffiti has gotten more respect as a legitimate art form, a lot of pieces have been commissioned – or at least the artists given permission to put them up. 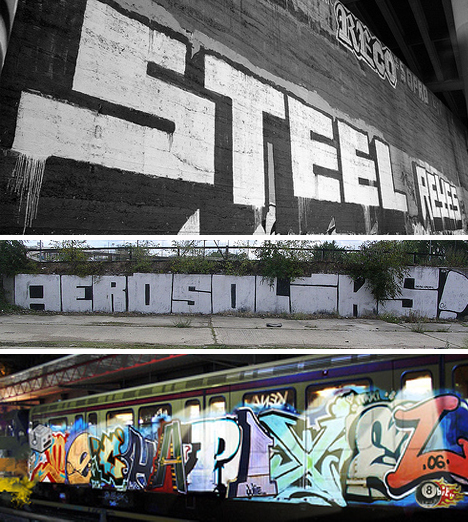 A blockbuster is used to cover maximum area in a minimal amount of time. Often consisting of large block letters, the blockbuster can be accomplished with paint rollers and two or three colors of paint. Usually a blockbuster is put up to cover up other work or block other writers from putting anything up on the same area. 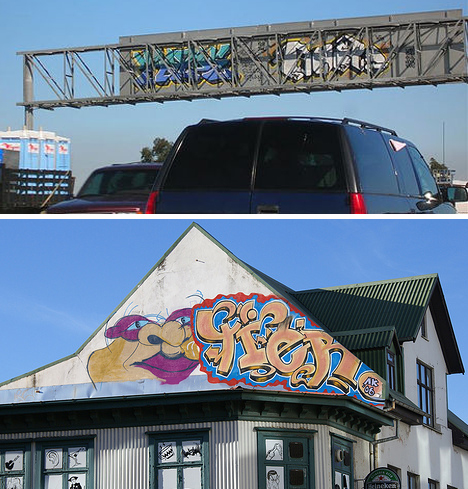 A heaven is a piece that’s put up in a very hard-to-reach location, often near or on the tops of tall buildings or on freeway signs. Because they’re so dangerous and difficult to reach, graffiti artists who manage to get a piece up in such a spot will usually gain some added respect from their peers.