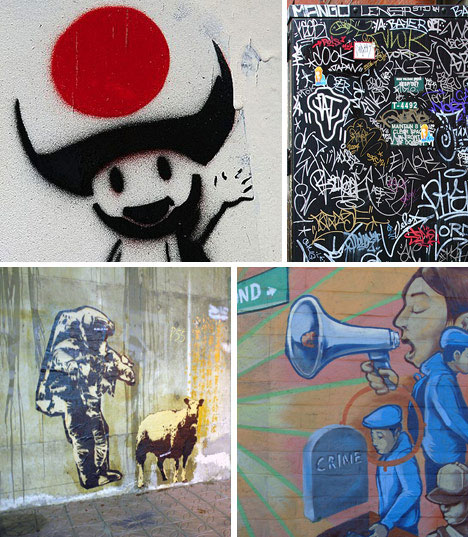 Graffiti, Street-Art, Urban-Art; with nearly 20,000 years of cultural evolution behind it, it’s still art by any other name and nothing seems able to stem its phenomenal popularity.  We’ve come a long way from the simple cave-paintings of our ancient past, and the amazing diversity of today’s graffiti has shown an enviable mating of resilience and adaptability.  The once-simple idea of drawing on a nearby public wall has become something truly extraordinary in a world increasingly walled-off and walled-in.  Art’s most public legacy has definitely reached maturity. 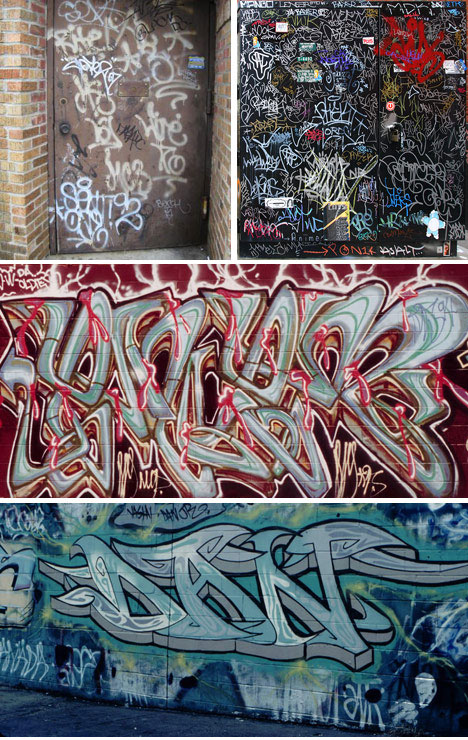 Far from the simple scribbles of “John was here,” or “We’ll miss you, Tommy,” modern graffiti now incorporates distinctive themes and heavy use of personalized style in even the most basic signatures.  These can range from the ultra-minimalist tags shown in the uppermost images above, or in full-detail.  In either case, as the smaller tags seem to swarm the objects they present themselves upon, a full canvas eventually develops.

Worth a Thousand Words 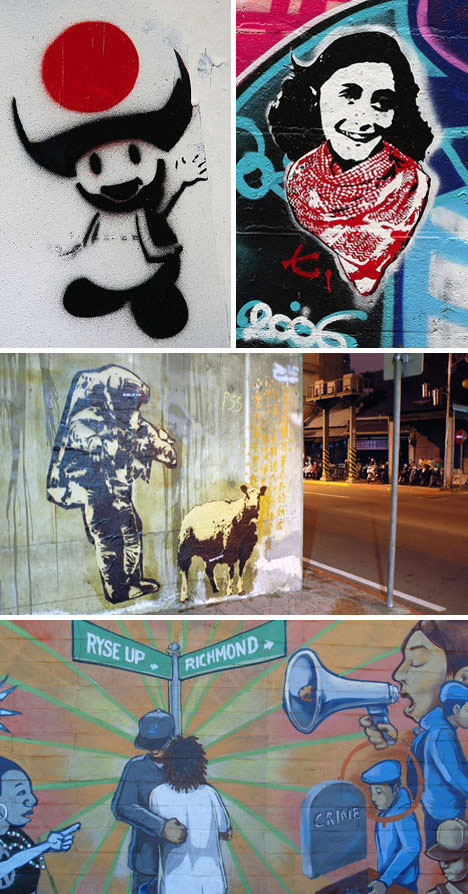 It was only inevitable that script would be replaced by images, and in the world of graffiti and street-art those images stand out from their surroundings with exceptional contrast.  The advent of illustrated graffiti was arguably responsible for the single largest boost in followers among the general populace, as the general style of writing is nearly completely illegible to the untrained eye.  Pictures in graffiti allow for a clearer, more poignant message to come across from the artist.  While some of these pieces tend to be for the mere fun of it, many are political in nature and aim to make a statement to be seen by any and all who pass by.

The Age of Surrealism 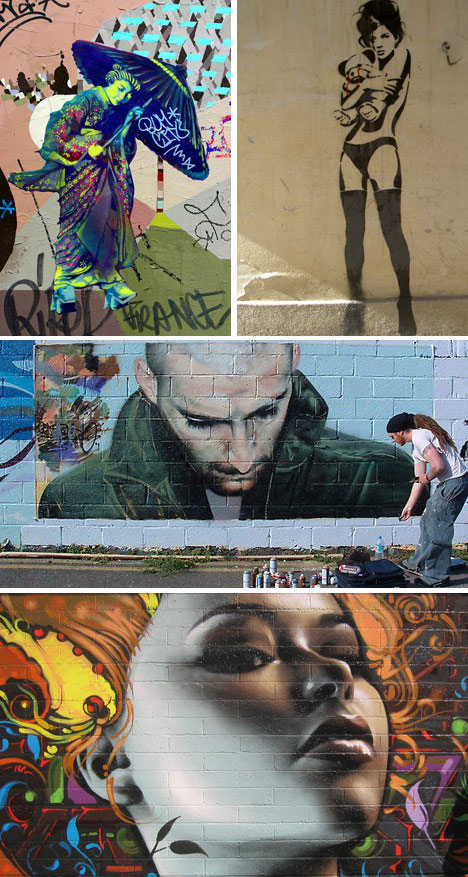 Just beyond the thin dividing line between image and reality lay some of these works; graffiti art so lifelike, each in its own indescribable way, that it’s hard to imagine it’s only a wall.  They can include exquisite stencil-work, which though simple manage to remain haunting, and mind-blowingly detailed pieces of exhibition art set to brick or cinder block.  Examples above include those of Connor Harrington, of Cork, Ireland, and graffiti artist The Mac, well known in the San Francisco Bay Area.  This an art-form that has been maturing over not just centuries but the entire span of human history; so long as people gather together to live in cities, beautiful art will manifest as graffiti, regardless of what we may be calling it at the time.