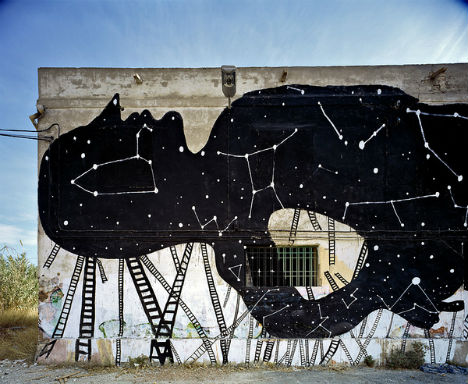 The facades of entire buildings are transformed with the larger-than-life painted silhouettes of Madrid-based street artist Sam3. Known for both the enormous scale of his work and the graphic simplicity of his figures, Sam3 gives decaying urban buildings a sense of mystery and wonder. 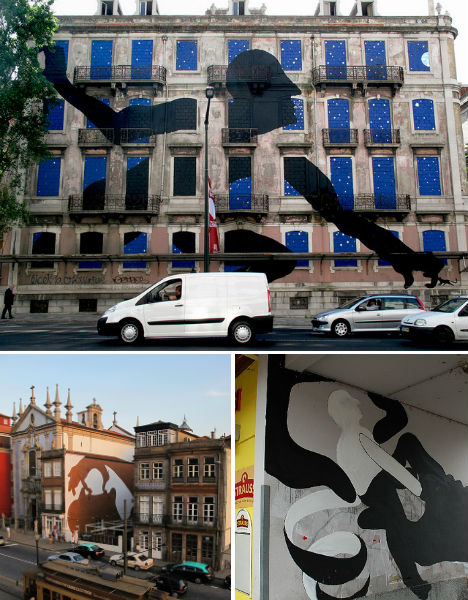 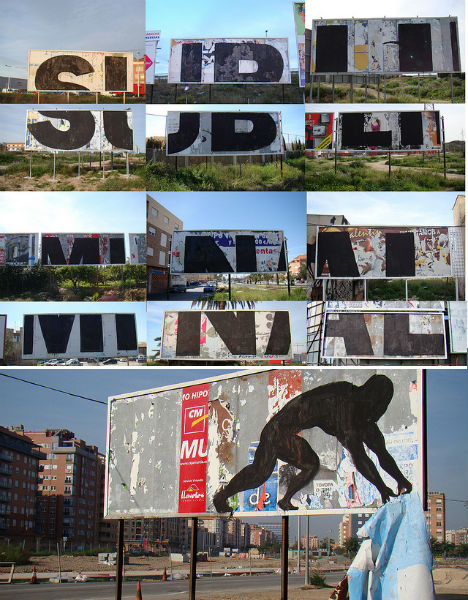 Some works span billboards all over the city, such as a series that spells out the word ‘subliminal.’ Others stretch out across massive apartment complexes – like a giant man stepping out of the sky to pet a cat. 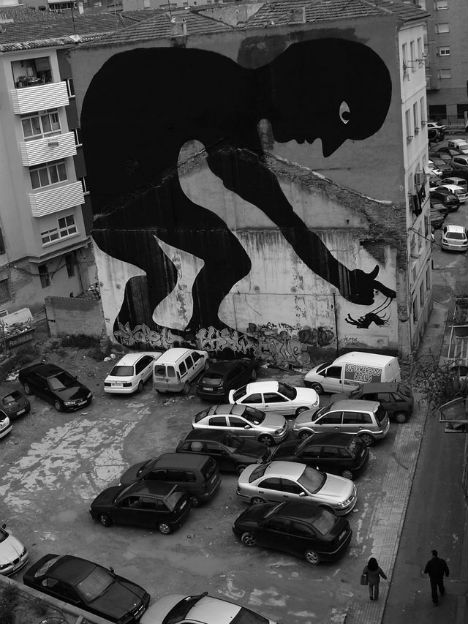 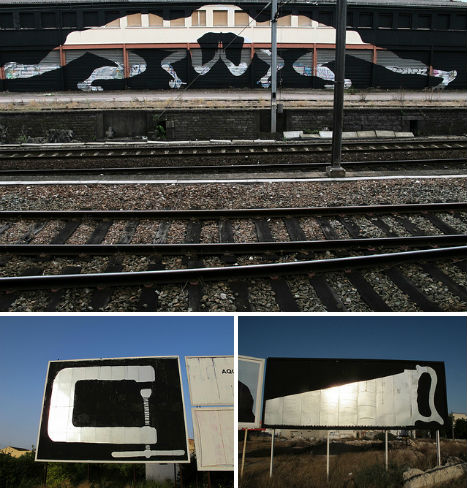 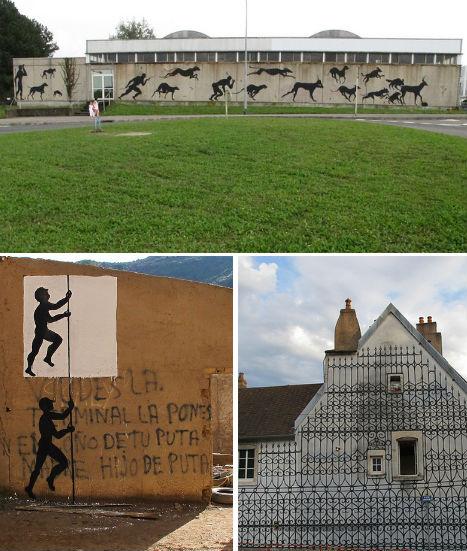 Many of Sam3’s works are surreal, with celestial elements. An alleyway mural in Vienna depicts a man being peeled like a potato by two gigantic hands. 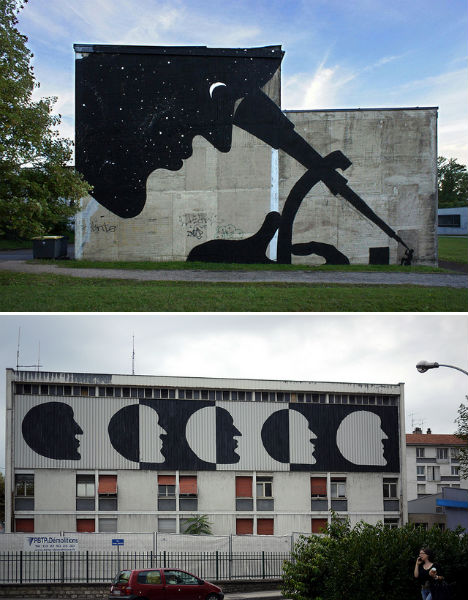 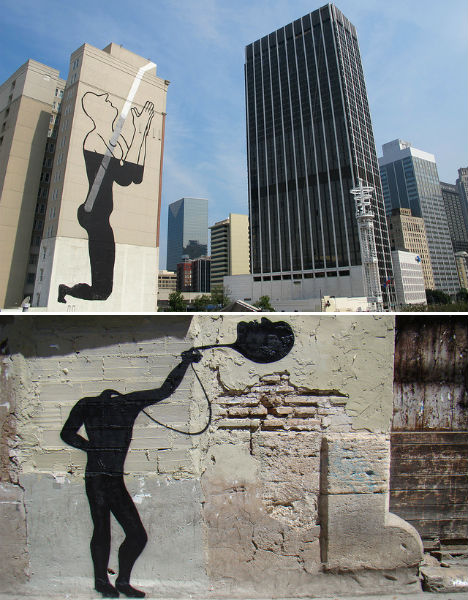 Sam3’s street art can be seen all over the world, from his home state of Spain to a skyscraper in Atlanta. See more of his work at Sam3.es and Street Art Utopia.