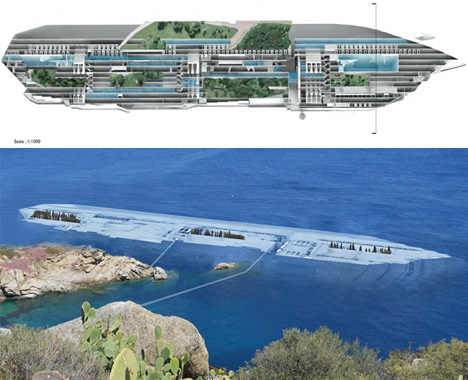 Submerged sea vessels have long been destinations for diving tourists or (intentional or accidental) marine life habitats, but what if they could serve some function still visible on the surface of the water, like a memorial to those lost when the ship sunk? 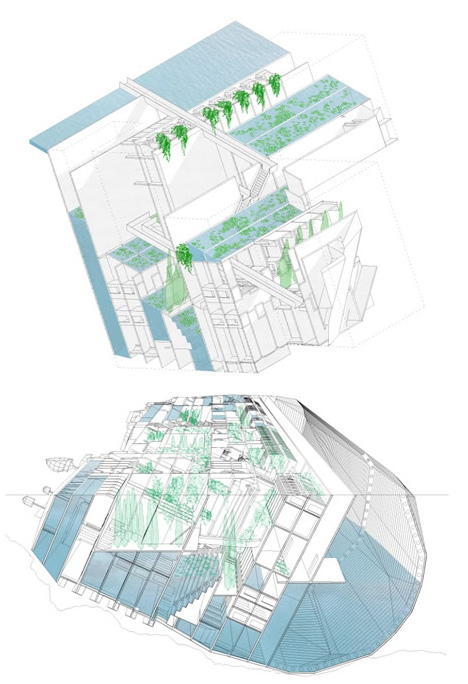 The New Concordia Island Contest winners, Alexander Laing and Francesco Matteo Belfiore, propose slicing the section of the Italian cruise ship that crashed in January of 2012 and planting a garden in the resulting voids, leaving the lower, still-submerged areas as habitat zones. 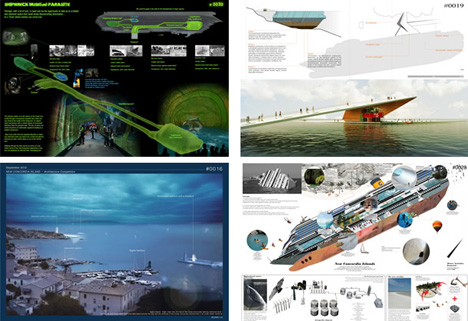 The contest itself “aims to rethink the disaster of the ship Costa Concordia as exceptional opportunity to imagine the future of the wreck and that of the Island of Giglio. It is also a chance to wonder about needs for architecture to build new landscapes on traces and remains of a traumatic event …. The jury has selected the projects that have responded in a more comprehensive way to the questions raised by the contest, interweaving visionaries contents to pragmatic and real solutions.” 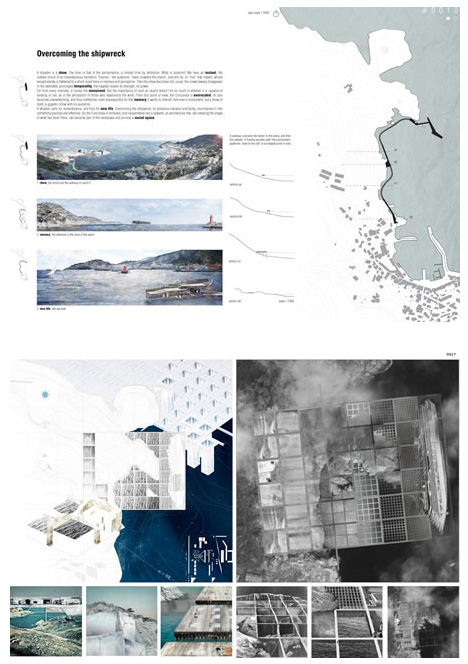 The clean and simple solution of the winning proposal defers to both nature and humans, a tribute to the disaster as well as the lives lost. Other intervention propositions of runner-up submissions trended toward either extreme: leaving the wreck mainly as-is and building around it, or, at the opposite end of the spectrum, creating underwater passageways and making the remaining structure physically accessible to people.