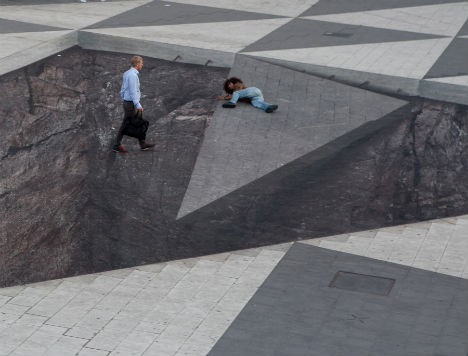 Pedestrians walking across a public square in Stockholm between June 7th-12th, 2011 dangled dangerously into a triangular sinkhole – or at least, it appeared that way, depending on where you were standing. ‘Mind Your Step’, an amazing street illusion by artist Erik Johansson, turned Stockholm’s Sergels torg into a fun, interactive art exhibit that tricks the eye into seeing a three-dimensional hole in the ground when viewed from a certain angle. 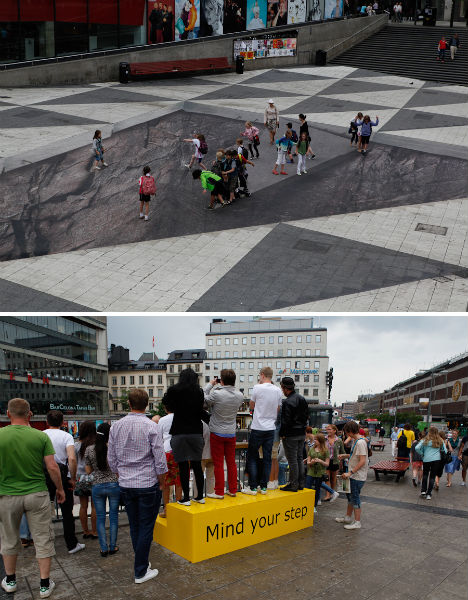 The illusion is similar to those achieved by 3D street artists working in chalk, except that this one was created off-site and assembled using large printed sheets. Johansson provided a yellow platform that read ‘Mind Your Step’ so that viewers could see it from the vantage point that would allow the illusion to come together. 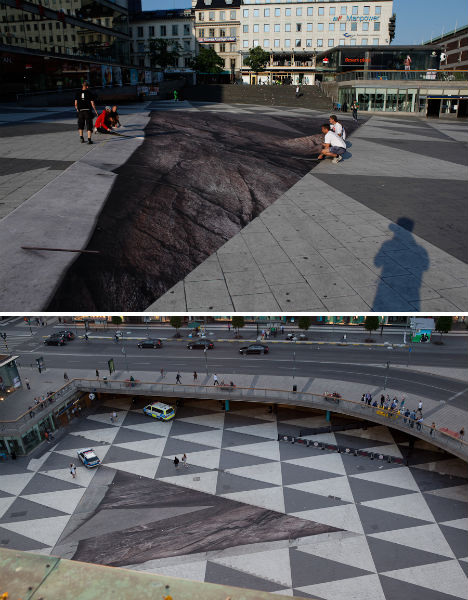 “For a long time I have been doing creative retouch and surreal montages. I’ve always been quite fascinated by perspective illusions in my images and some time ago I got an idea of trying to realize one in a public space somewhere. My idea was to put a photo in an environment and actually trick people that it would have depth. Street illusions isn’t something new, but I wanted to try to make it as a photo instead of drawing and painting the streets.” See how Johansson achieved this effect in the ‘Behind the Scenes’ video below. 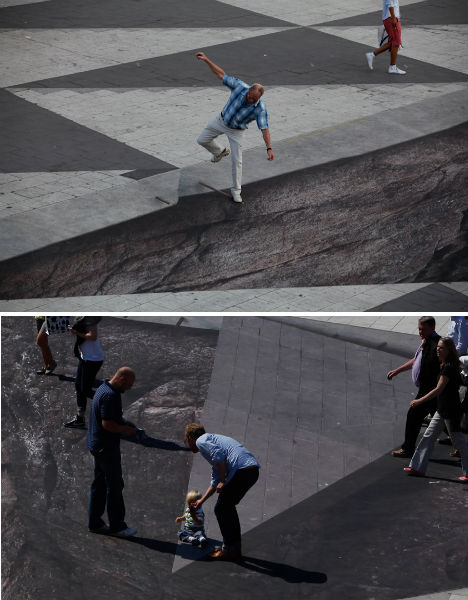 “Photography is my medium and I wanted it to look as realistic as possible, just like my photos. I was introduced to a project called Generation 7 where seven young creative people get to realize their dream project. This was a perfect opportunity to actually realize this idea for real using my imagination, camera and PC.”