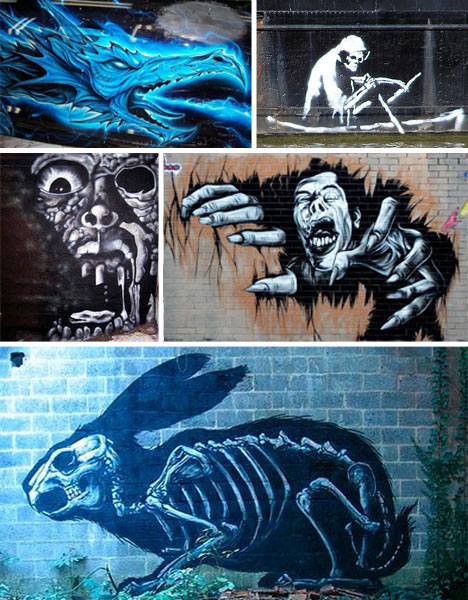 Halloween may be over, but the ghouls and skeletons aren’t going anywhere. Turn down the wrong side-street and the stuff of nightmares might be lurking just around the corner. 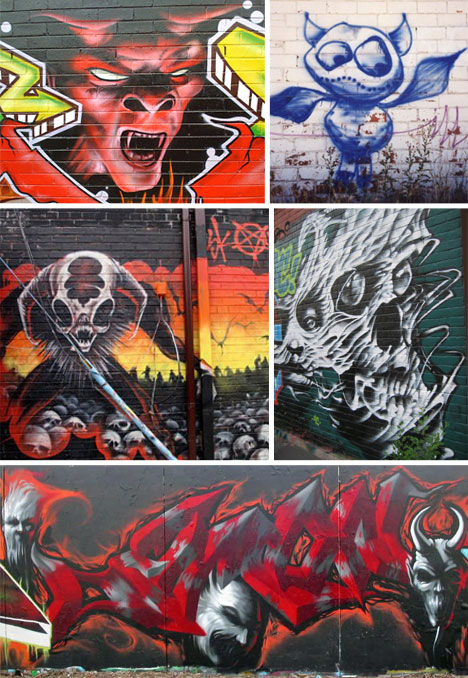 Demons love urban settings where they can keep an evil eye on happenings all through the night. Populating dank alleys and broad boulevards alike, these fiery hell creatures are a visual reminder of the evil that lurks in the dark. 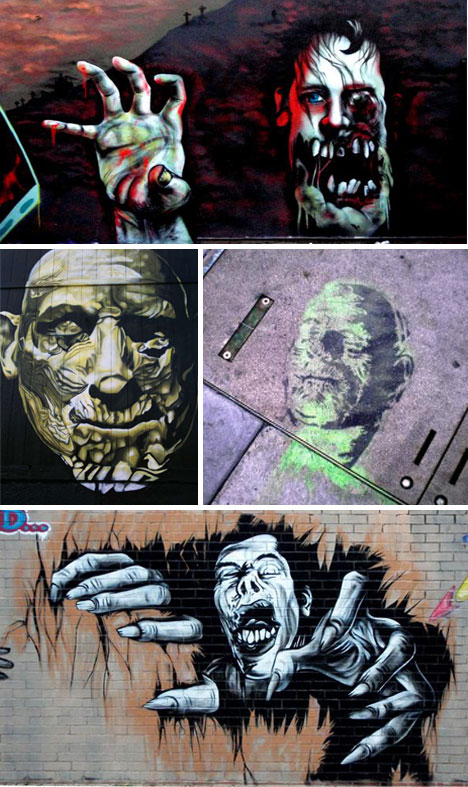 Zombies are the future. Forward-thinking graffiti artists keep this in mind and are sure to pay homage with terrifyingly detailed caricatures of the rotting undead. 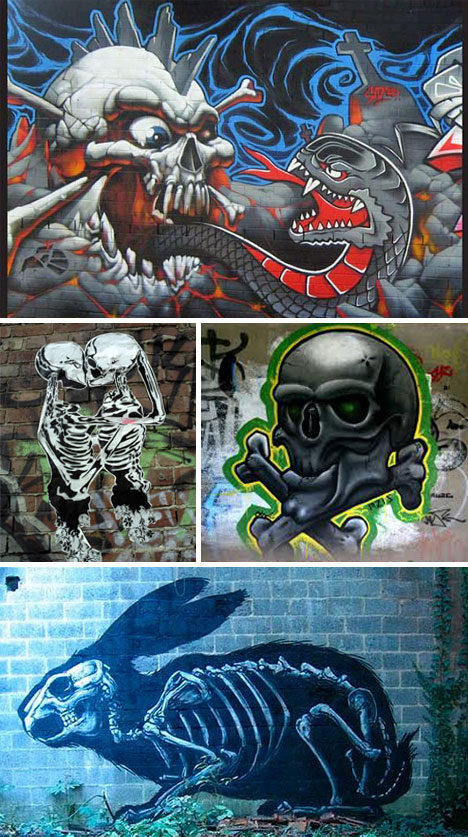 Skeletons are a reminder of human mortality and therein lie their most frightening aspect. No one likes to be reminded of their vulnerability. 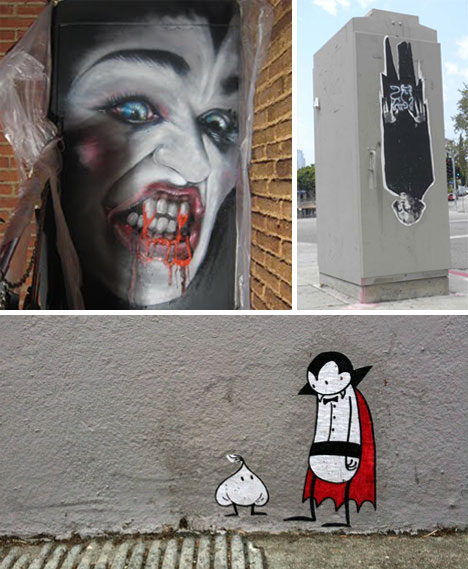 Vampires typically stay out of sunlight, but this isn’t always the case. When a vampire wants to make an artistic statement they can hover in broad daylight on the side of a popular street. 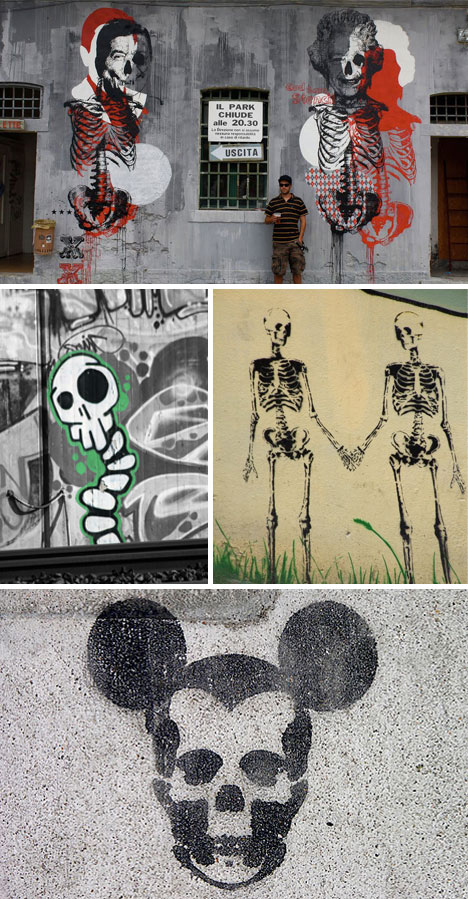 Morbid graffiti can be surprisingly beautiful. With intricate lines and an incredible attention to detail, these murals are amazing examples of skillful street artistry. 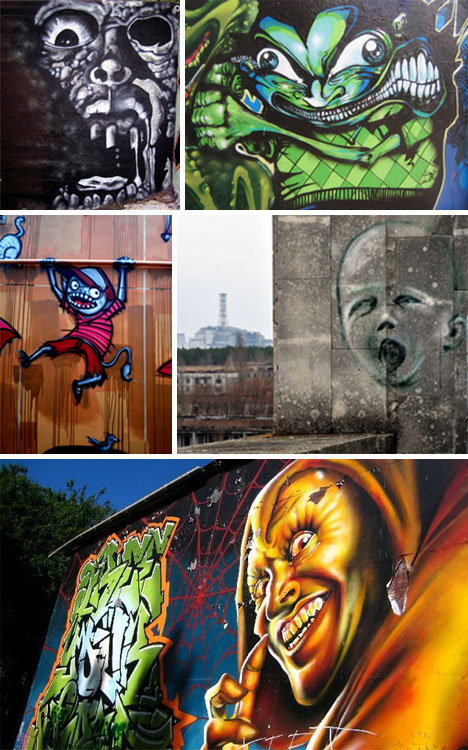 Ghouls, monsters, and denizens of the dark and deep can cause tremors of fear to run through the most confident person. Magnify these creatures to the size of a building and the fear only builds that much faster… 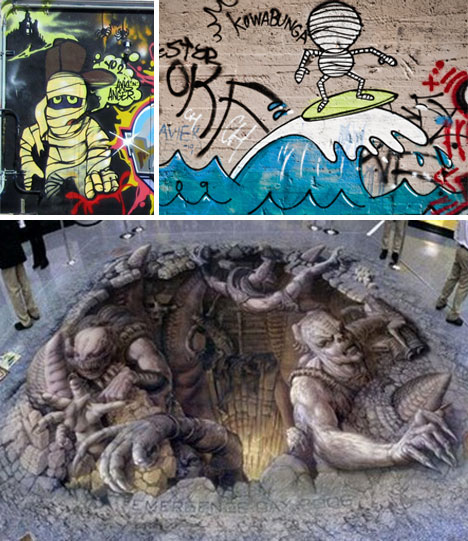 From the cartoony to the grimly realistic, monster street art can ignite the imagination and spur quite an adrenaline rush. 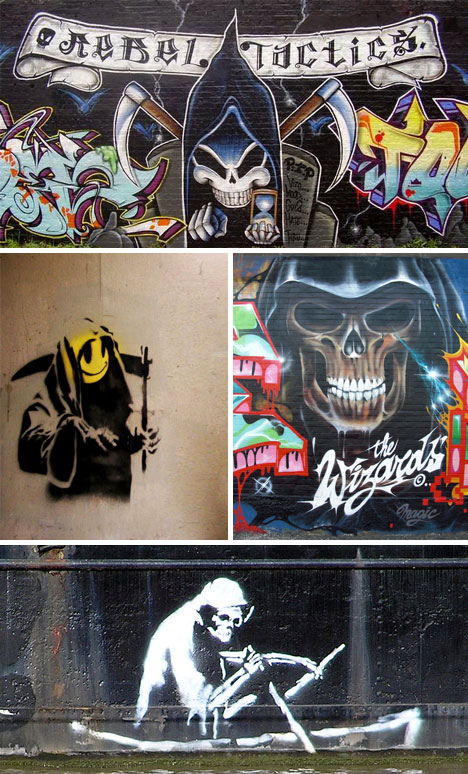 The grim reaper will eventually come for all of us, but it’s not a visit anyone wants to experience early. The symbolism of this dark prince makes it difficult for morbid street artists to resist creating a chilling portrait or two. 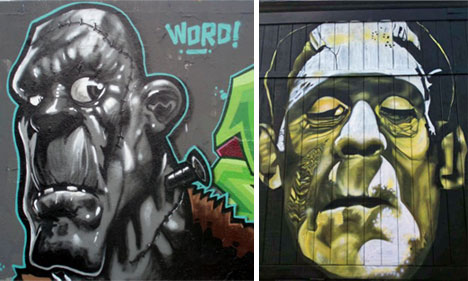 Frankenstein’s monster has always been a powerful symbol of the arrogance of man and technology. With a little tweaking, this shambling amalgamation can appear goofy or incredibly intimidating. 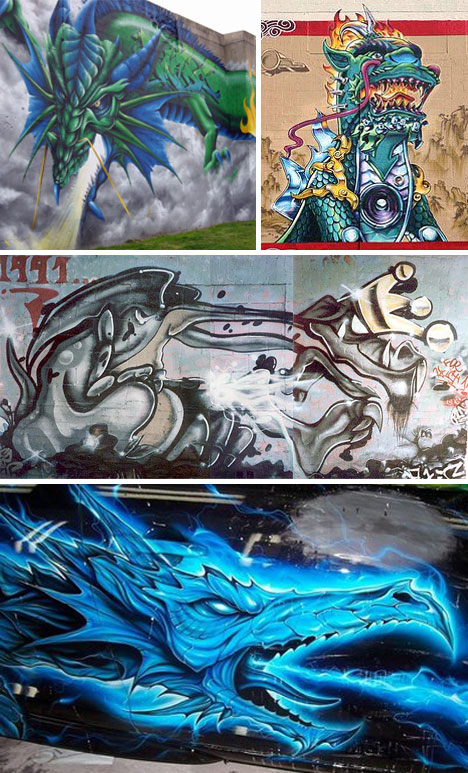 Dragons are the ancient kings of the monsters, so it’s fitting that they cap off this journey through some of the creepiest graffiti to ever grace the walls of our cities and urban landscapes.