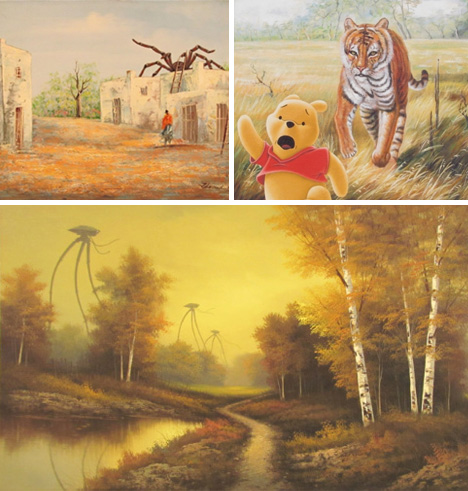 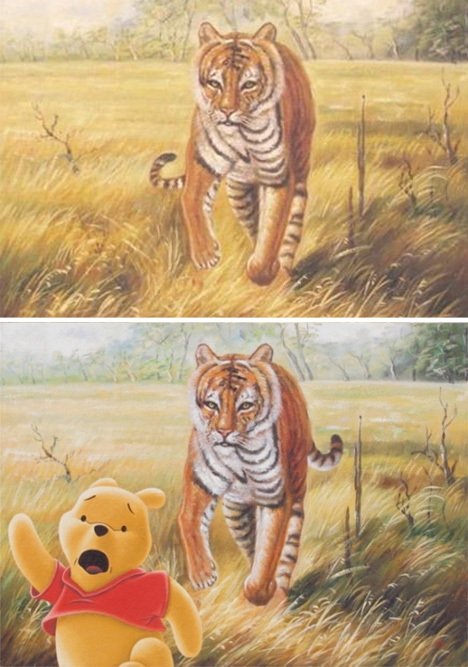 Robert Brandenburg describes his art style as “Pop Surrealist Intervention Art”. For those outside of the walls of an art history class, it means he intervenes in otherwise boring paintings; turning them into parodies of pop culture that tug on our nostalgic feelings in interesting ways. Pooh could explain further, but Tigger’s had a bad day. 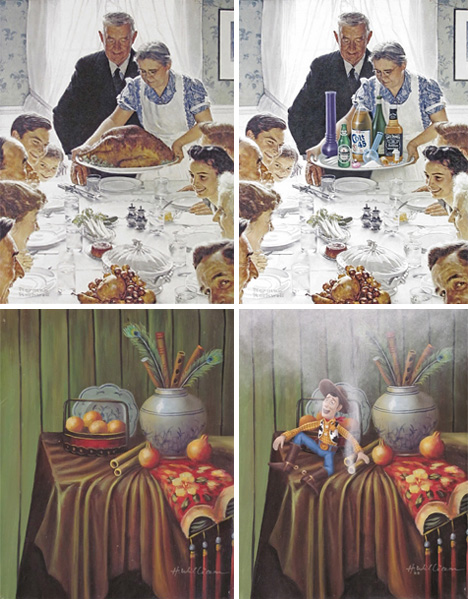 There are few cultural icons as innocent as Norman Rockwell and Woody from the Toy Story films. Such powerful perceived innocence only prompts Robert Brandenburg to further adjust the perspective of the viewer. 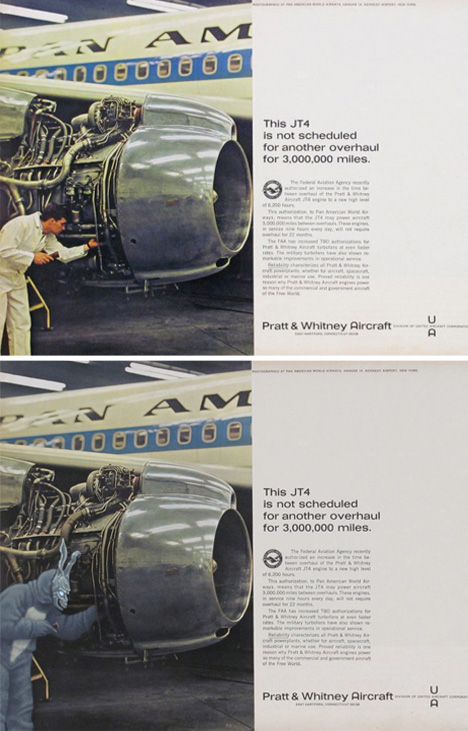 Brandenburg enjoys slipping in pop culture figures from contemporary films into his paintings. In this piece, the terrifying man in a bunny suit from Donnie Darko carefully maintains a Pan Am aircraft, replacing the kindly looking mechanic in the original ad. 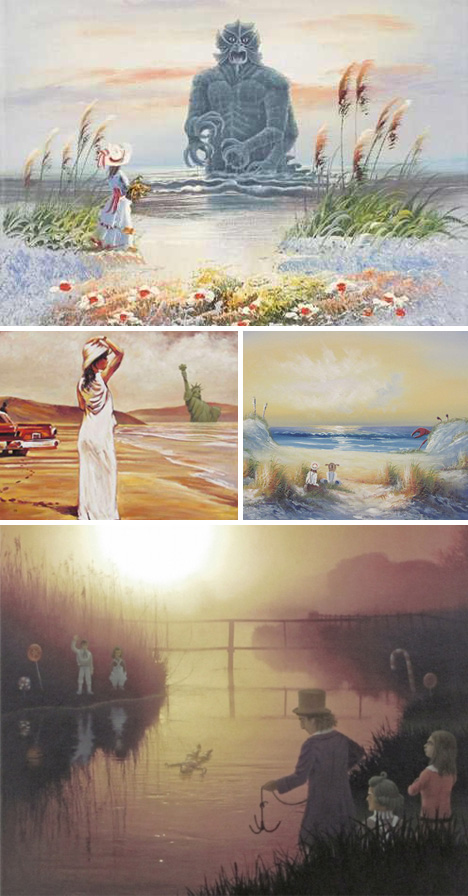 Under Brandenburg’s paintbrush, a placid waterfront becomes a scene straight out of a blockbuster film. A terrifying Kraken and a giant crab are monstrous visitors to the beachfront. Willy Wonka and his co-stars fish a floating body out of a (presumably) chocolate river, and a woman gazes out on a windy beach, not realizing she’s arrived on the Planet of the Apes. 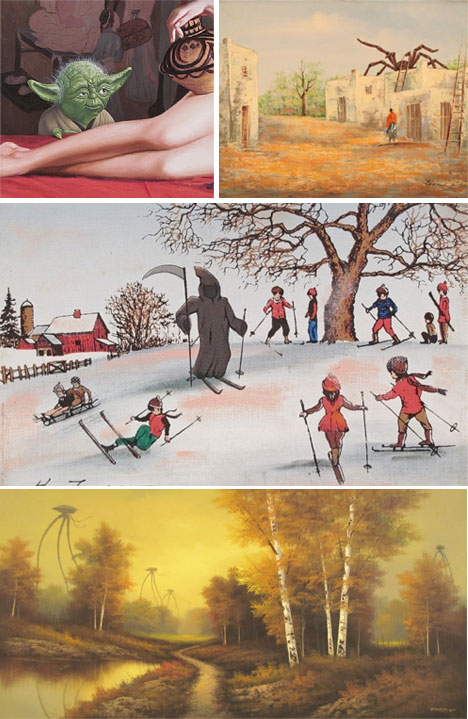 Ghastly figures from film and nightmares enter these paintings. These interesting paintings feature Yoda gazing on a nude madonna, a giant arachnid attacking an otherwise normal town, and death visiting a bunch of skiing children. Last but not least, one sees the tripods from War of the Worlds marching across the landscape.