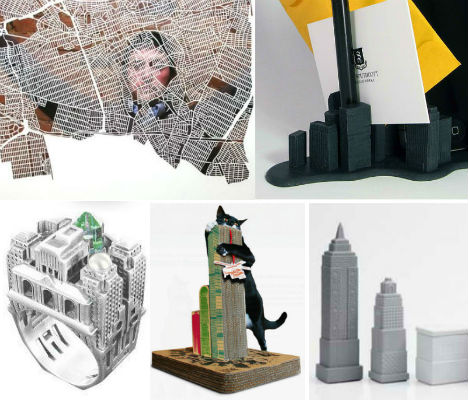 Despite the crowded sidewalks, the cacophony of traffic and the sky-high cost of living, there’s no denying the romanticism and sheer energy of big cities like New York, Paris, London and Tokyo. And within those cities, even in the most run-down back alleys, there’s a certain gritty beauty. See the qualities and aesthetics that inspire fierce loyalty in urbanites brought to everyday objects in these 13 cool city-shaped and urban-inspired designs. 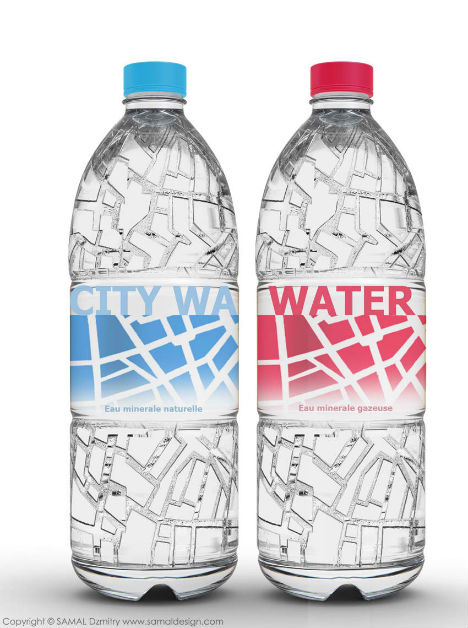 Product designer Dzmitry Samal came up with the concept for ‘City Water’, a water bottle printed with a map of the city from which the water was sourced. Considering that many bottled water companies aren’t exactly forthcoming about their sources – even using terminology that calls springs to mind, despite the fact that the water came from municipal sources – a bottle like this would provide a refreshing splash of honesty. 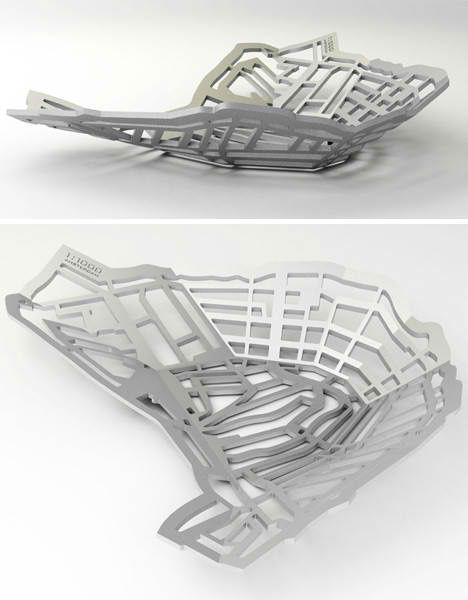 Organic yet structured, city grids can be quite visually interesting, so it’s nice to see them put proudly on display. Designer Frederik Joije creates free-form serving bowls shaped like the relatively rounded city of Amsterdam, and also the elongated fish-like Manhattan island. 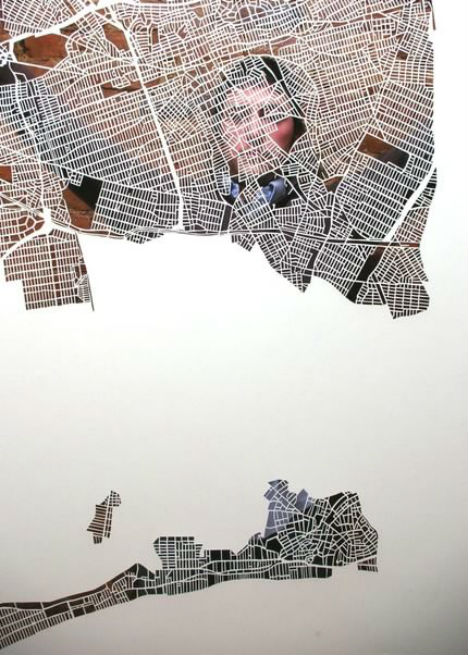 Artist Karen O’Leary painstakingly cuts amazingly detailed maps of New York, Paris and London into delicate paper webs. O’Leary removes all land and water so that only the streets are left. “These maps reveal the density and delicacy of a modern city with a single element and infinite subtleties.” 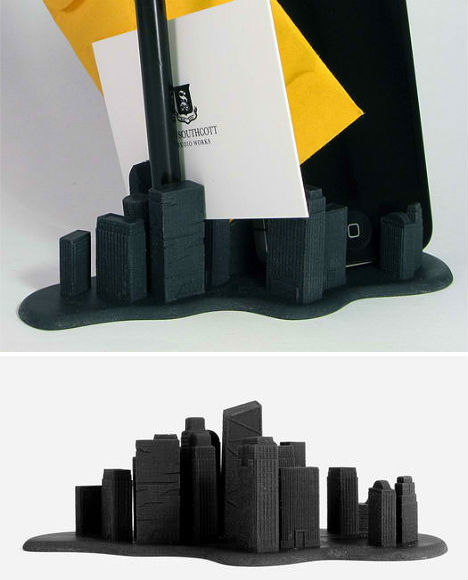 This desk organizer by Rob Southcott is shaped like a miniature skyline,  an ideal addition to the desk of a proud urbanite. “This small anonymous city skyline is a useful space to store a variety of day to day objects. Placing items in amongst the cites skyscrapers helps you organize and store your belongings.” 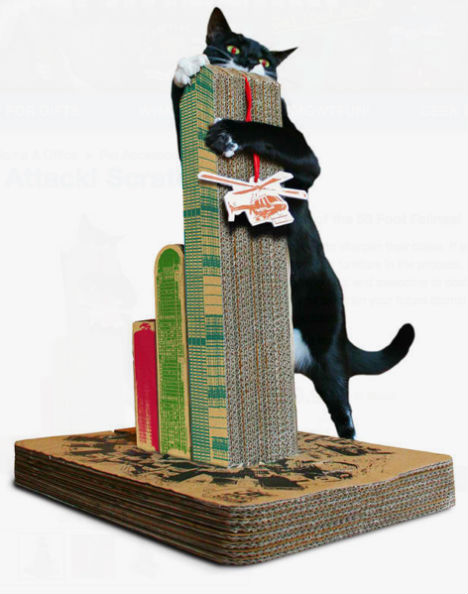 Any cat can become the star of your own little B-movie with the geektastic Cats Attack! scratching post, shaped like three urban towers in a cityscape. ThinkGeek even has quite an amazing little story to go with the product. “The year was 1954, and the top three concerns in the United States were as follows: Atom bombs destroying our cities, communists turning our citizenry into mindless zombies, and atomic zombie cats destroying our cities. Though you may not find records of it in the local newspapers (it was classified, hello?), cats were herded into great camps for study, just in case one or more of them mutated into horrifying beasts.”

“These cats, embittered by their experiences, never forgot the mistreatment they received. So now, they watch. Always vigilant. They wait for their opportunity to attack. They wait and train. They skulk and sneak, climb and leap, slash bite and scratch. Often, they practice their scratching with any available vertical surface – usually your furniture. This practice often destroys the things you love. Cats don’t care. It’s all part of their master plan.”

Power Strip with a Mini City 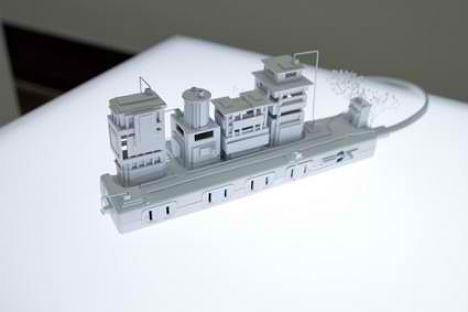 This is one power strip that you’d want to display, not hide away. Topped with a miniature Japanese street, complete with a delicate little tree, the power strip was created for the 2010 graduate show at the Kyoto University of Art and Design. 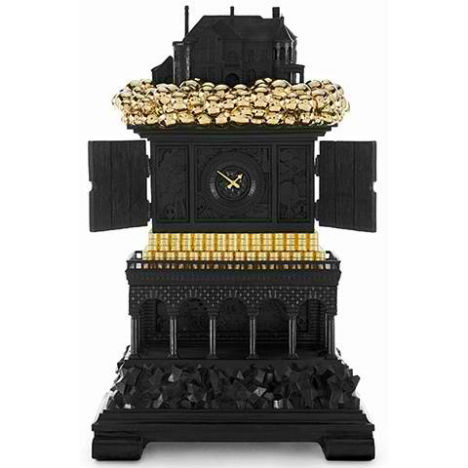 Referring to the bankers and industrialists who played big roles in the industrial revolution at the end of the 19th century, the ‘Robber Baron’ series by Studio Job includes this awesome clock, a model of a mansion ‘supported by gilded oil barrels’. 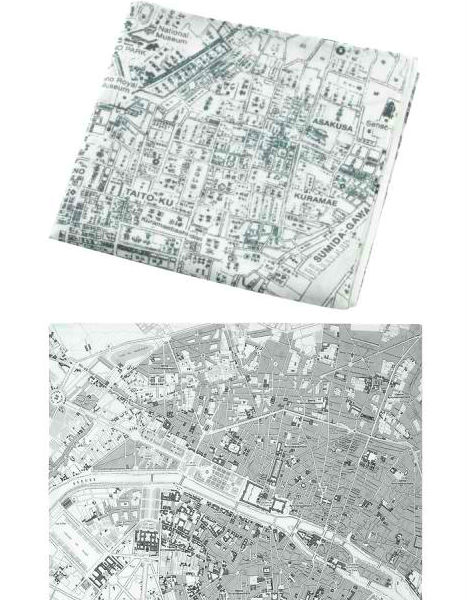 Wear your love for the world’s greatest cities around your neck or in your pocket. Japan’s MUJI design offers handkerchiefs printed with historic maps of Tokyo, New York and Paris from the 19th century. 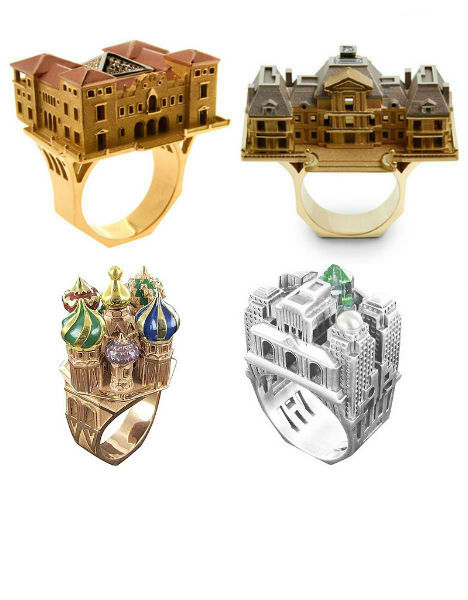 Wear your love for architecture on your finger with platinum or gold diamond rings shaped like buildings. Parisian jeweler Philippe Tournaire recreates structures from around the world including his home city, Moscow, New York and more, and has even made replicas of entire city blocks. 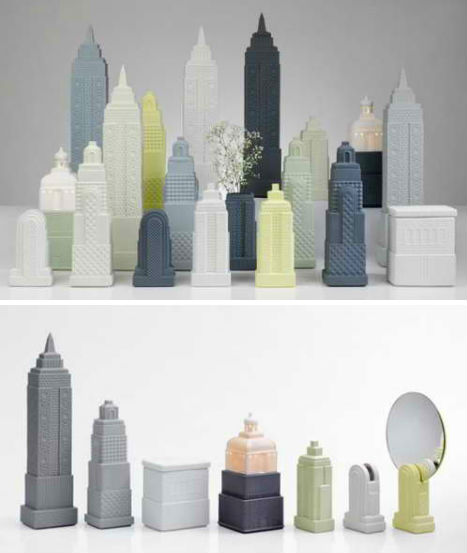 Design firm Lladro offers a series of functional objects including mirrors, boxes, vases and lamps all in the shape of buildings inspired by Moorish, Art Deco and other styles of architecture. 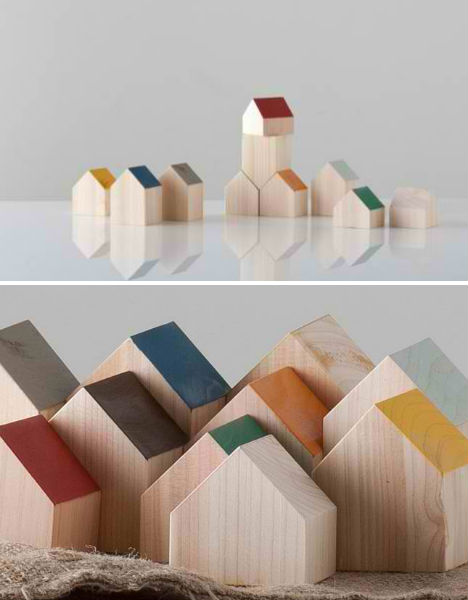 These simple stacking blocks from Japan’s Landscape Products are so much cooler and more elegant than plastic building blocks, and they’ll tempt parents into playing, too. 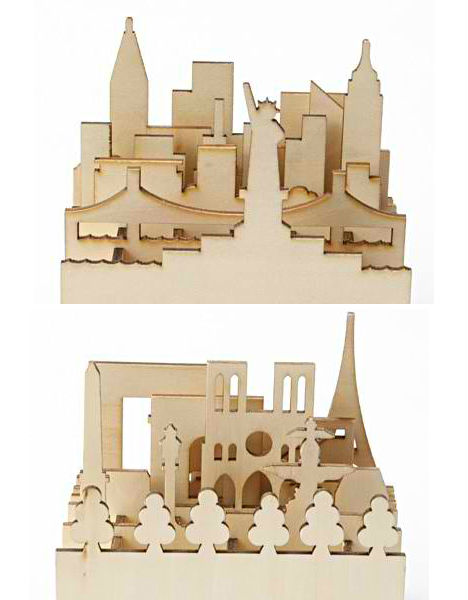 This cute wooden cityscape functions as both eye-catching decor and a pen-and-stationery stand. MUJI offers the choice of three iconic cities: Tokyo, Paris and New York.

Miniature Cities Within Cities by EVOL 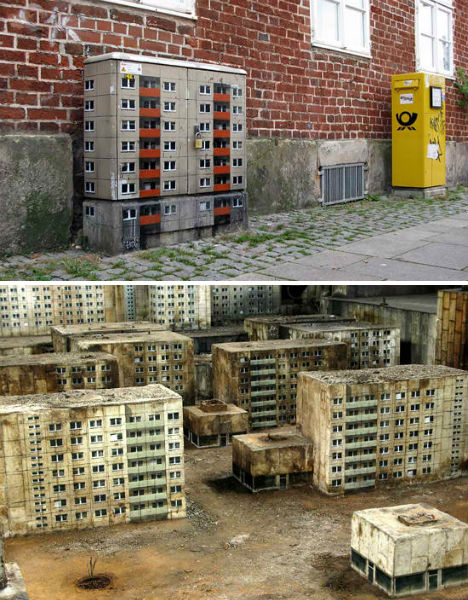 Berlin-based street artist EVOL transforms electric boxes, planters and other mundane objects seen around cities worldwide into fascinating miniature metropolises of their own. Appearing in the most unexpected places, EVOL’s tiny buildings even have tiny little curtains in the windows, and in some cases, miniature graffiti on the walls.