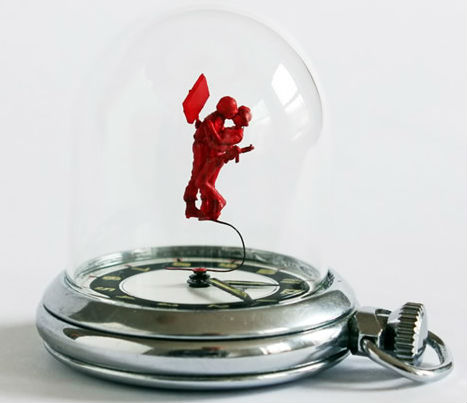 Tiny colored figures balance delicately on the hands of watches are the latest imaginative creations from surrealist designer Dominic Cox, who is also known for his hooks made of hardened unwashed paintbrushes and a hilarious nose stylus for one-handed smart phone use. Commissioned by Dezeen, the ‘Moments in Time‘ series tackles themes like protest and surveillance. 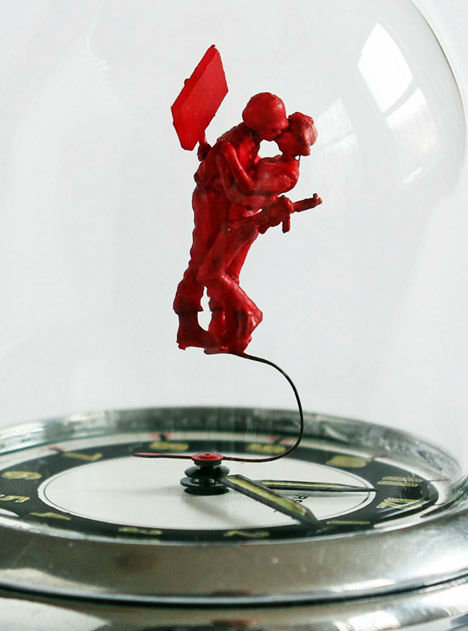 Painted in shades of red and gray and protected by glass domes, the scenes include recreations of the infamous UC Davis protest in which peaceful students were pepper-sprayed by a bored-looking cop. Says the artist, “I find it disturbing when people in positions of power abuse it and lose any sense of humanity. I was shocked to see the footage of the pepper spraying of people sitting in a peaceful protest at UC Davis. I felt a need to capture this incident in time.” 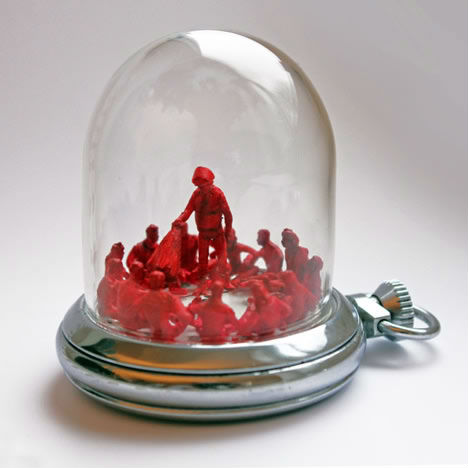 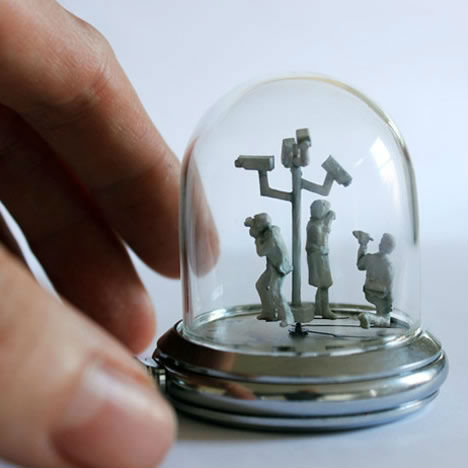 In another scene, a protester and a police officer embrace in a kiss, and a third features CCTV cameras watching over three oblivious photographers. Seven of Wilcox’s miniature works are currently on display at London’s Phillips de Pury gallery. 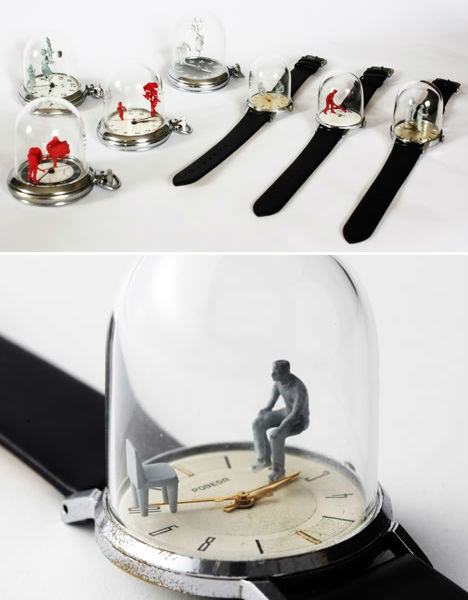 See many more of these watch works, as well as a video interview with Dominic Wilcox, at Dezeen.