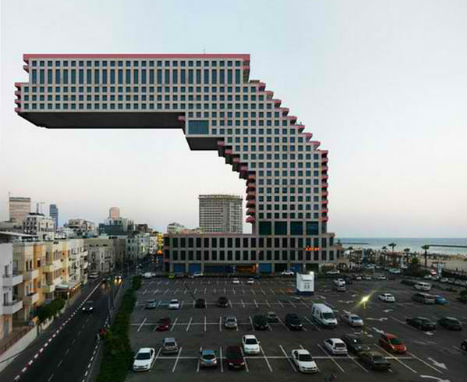 Buildings twist and bend onto themselves in ways that seem to defy physics. Some have sprouted massive slides, or bear facades that roll up like the top of a tin can. Others have unsupported staircases that float out into the sky. You may have guessed already that these buildings aren’t real – they’re the fantasy creations of architectural designer Victor Enrich. 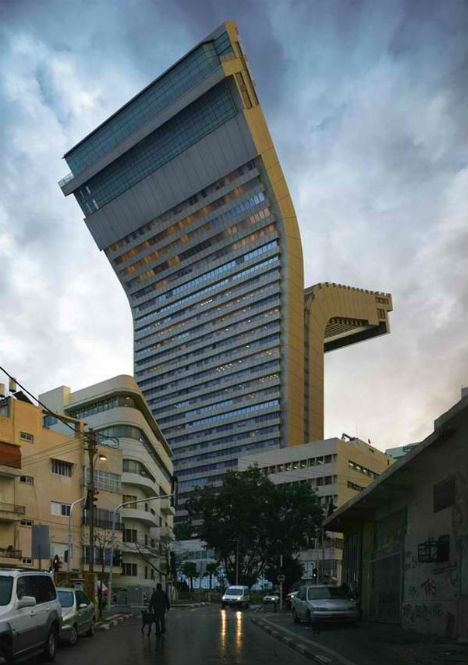 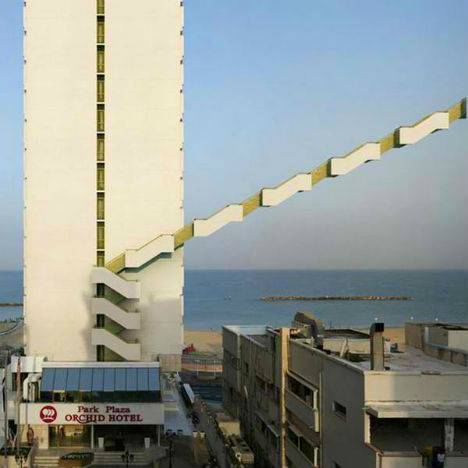 Calling to mind the surrealist architectural collage of Filip Dujardin, Enrich’s designs are so realistic at first glance, they prompt a quick double-take. Enrich travels the world and takes photographs of cities, manipulating them digitally to produce these strange images. 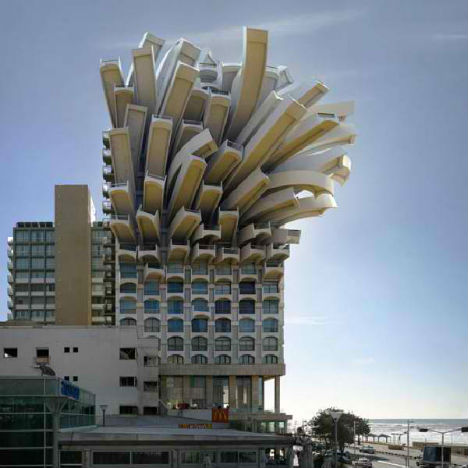 The Barcelona-born designer says he’s been interested in maps and urban forms since childhood, inspired by toys like Legos. When traveling, Enrich looks for scenes that inspire shocking shifts, whether those changes would be possible in the real world or not. 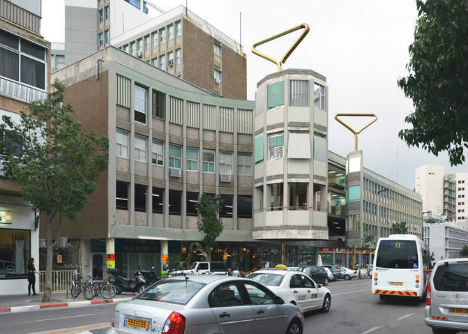 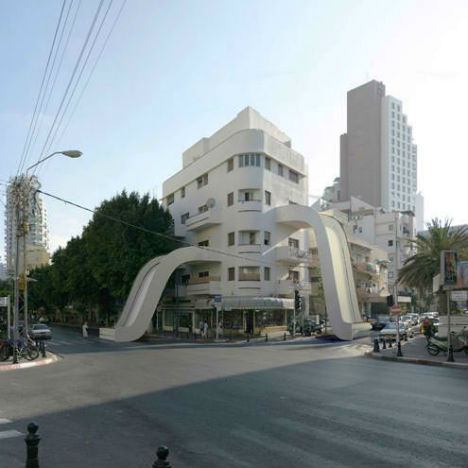 “A combination of photography and 3D architectural visualization is used. Once the object is chosen, it is shot from a point easy to recognize by users, not pretending to achieve the greatest picture ever, but instead, a picture that anybody could do. The shot is the basis to produce a replica of the building by using very detailed photogrammetric techniques that end with the creation of a three-dimensional model that fits almost perfectly into the picture.”