The beach is one big billboard for companies looking to surreptitiously market their products, from Game of Thrones to Jim Beam, which would be annoying if most of these guerrilla installations weren’t so fun. Plus, some of these site-specific seaside installations are the work of mysterious anonymous artists, or organizations raising awareness for issues like sea turtle protection and skin cancer avoidance.

Game of Thrones Dragon Washed Up on a British Beach 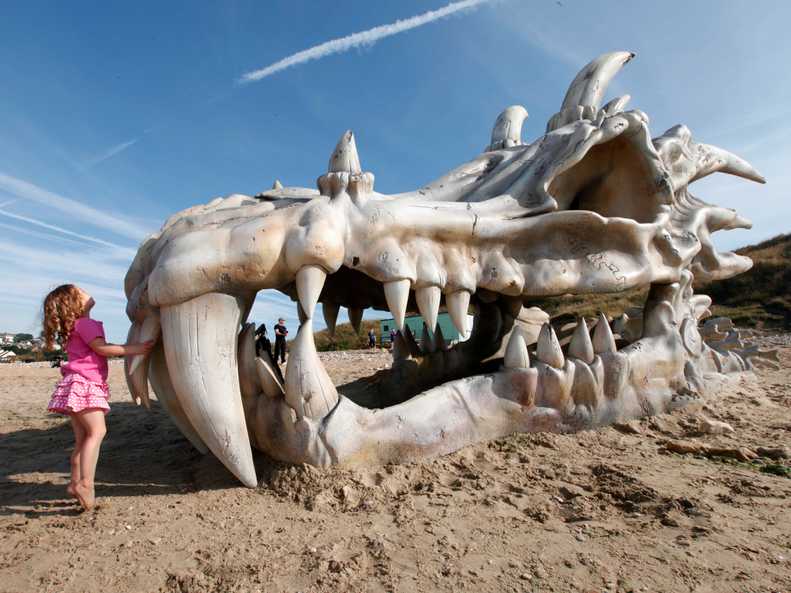 A 40-foot-long dragon skull seemingly washed up on Charmouth Beach in Dorset, England in the spring of 2013, likely only puzzling onlookers who aren’t familiar with the HBO series Game of Thrones. Still, it’s a pretty fun example of guerrilla marketing, especially since this area is known as the ‘Jurassic Coast,’ where lots of dinosaur fossils turn up. It took three sculptors over two months to design, sculpt and paint the skull. Who could resist climbing inside? 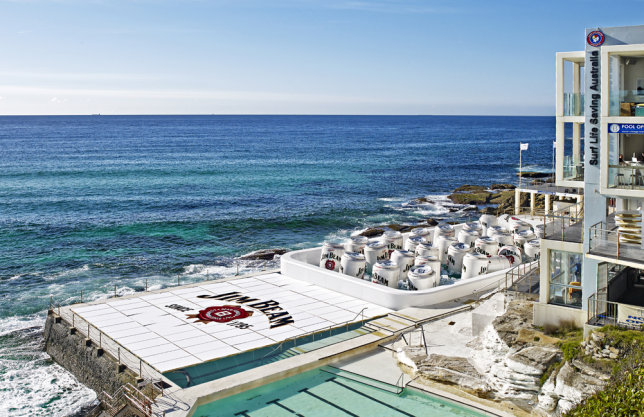 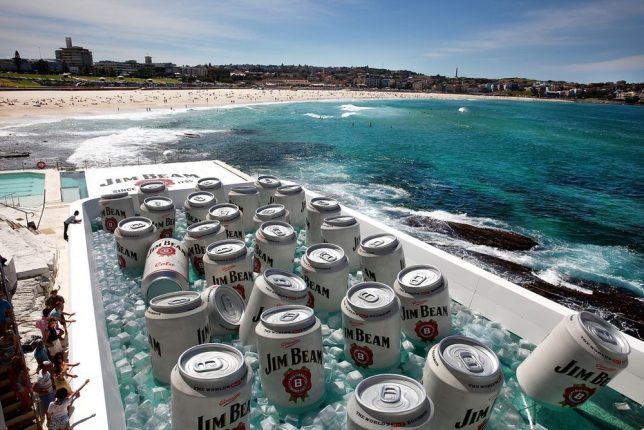 Jim Beam and the ESKY cooler company teamed up to temporarily transform the Bondi Icebergs Pool into the world’s largest cooler for the filming of a commercial. The cooler was filled with about half a million gallons of water, over 500 giant ice cubes and 33 supersized Jim Beam cans. 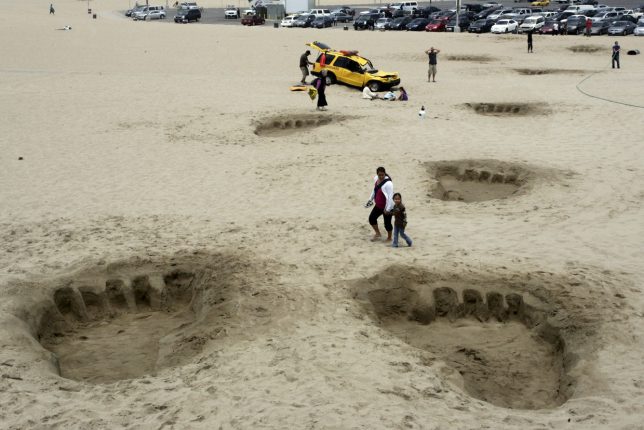 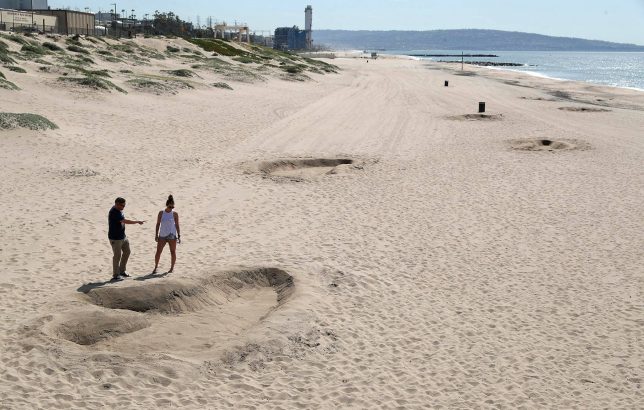 Giant footsteps and a smashed lifeguard truck appeared to signal total chaos at the Santa Monica Pier in June 2010, signaling the opening of the new Universal Studios Hollywood theme park attraction, King Kong 360 3-D. This ambient advertisement by the firm David&Goliath was a accompanied by a ‘news report’ on YouTube. Does this make anyone else miss the old King Kong ride? RIP, King Kong Encounter, which burned down in 2008. 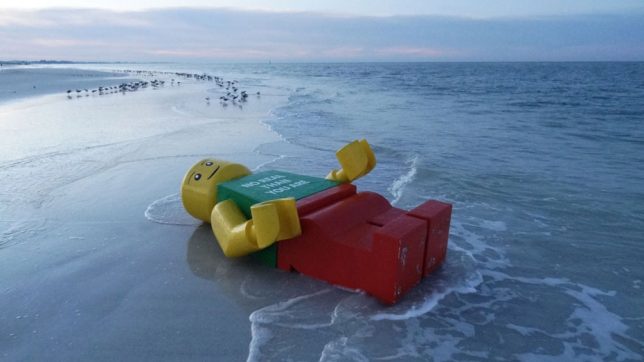 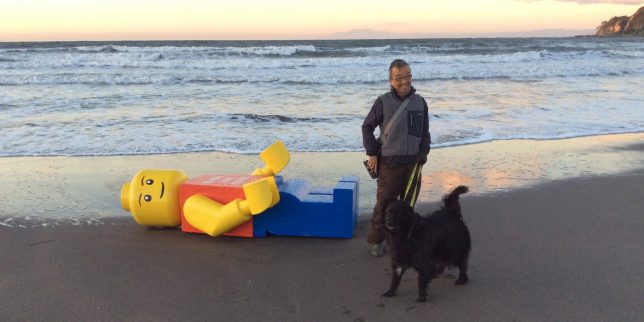 A life-sized Lego Man washed up on a Florida beach with the somewhat nonsensical message ‘NO REAL THAN YOU ARE’ printed on its chest. Measuring about 8 feet tall and weighing 100 pounds, the ‘man’ was discovered on the Siesta Key beach. The Sarasota County Sheriff’s Office sent out a tongue-in-cheek press release reporting that they had taken the ‘man’ into custody, and found ‘Ego Leonard’ written on his back. Then, another one washed up in Japan. Turns out, Ego Leonard is the pseudonym of an anonymous Dutch artist, and his creations show up periodically on beaches around the world. Somebody should warn King Kong, so he doesn’t step on him.