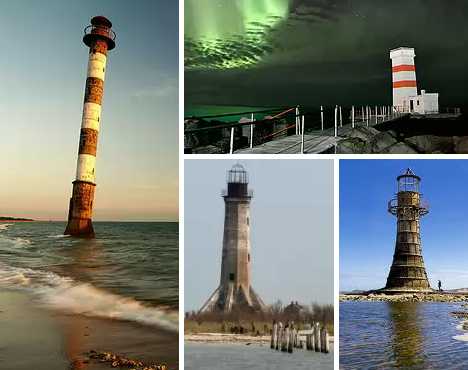 A long, long time aglow… but even the brightest shining light will inevitably fade to black. Such is the case with these 9 abandoned lighthouses, rendered into obsolete obelisks by the incremental progress of time and technology. 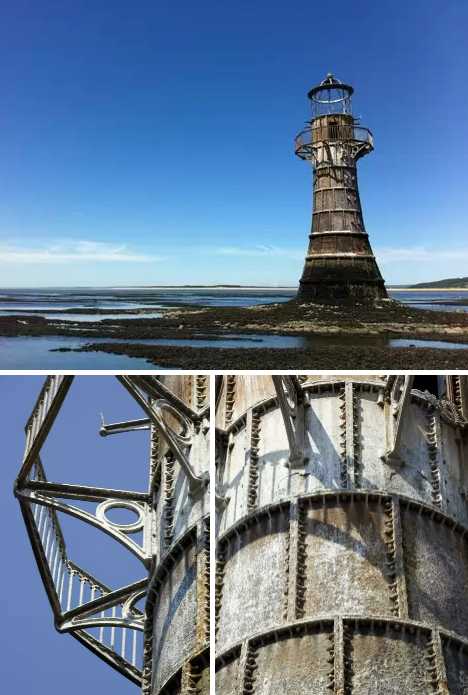 It may not look it but Whiteford Point Lighthouse, located just off the coast of Gower Peninsula at Whiteford Point, south Wales, was a triumph of engineering in its heyday. Think of it, how many cast iron structures dating from the end of the American Civil War are still standing today? Activated in 1866 and snuffed for good in 1921, the lighthouse’s metal walls were once covered in protective black bitumen. 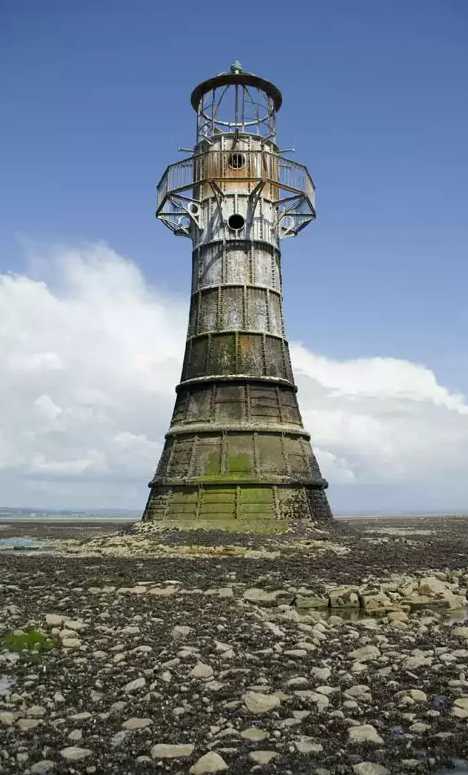 105 tapered cast-iron plates, each one 32mm (1.28 inches) thick, form the lighthouse’s outer walls. The plates were fastened to one another with cast-iron bolts weighing 2 pounds each. Sixty years after its decommissioning and in response to pleas from area fishermen, the Whiteford Point Lighthouse was relit using an automatic solar-powered beacon but when that failed a few years later, the lighthouse was dimmed permanently. 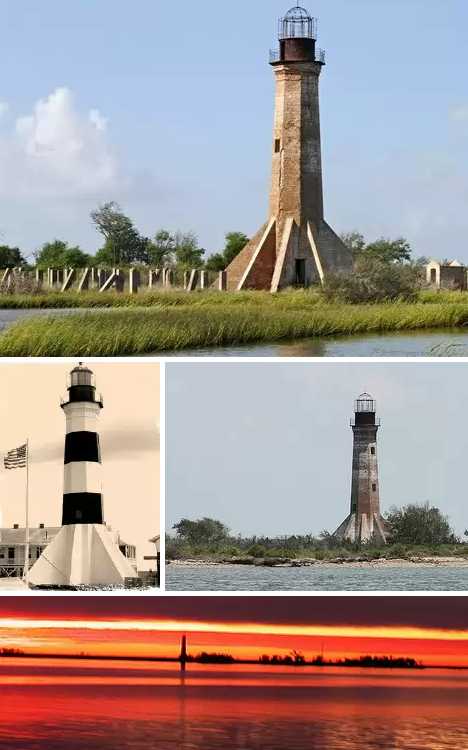 Looking at first glance like a mythical Confederate secret weapon, the Sabine Pass Lighthouse in Cameron, Louisiana has stood watch over the Gulf coast since construction was completed in 1856. Though visually just a shadow of its original white-painted glory (black stripes were added in 1932), the octagonal brickwork tower stands 85 feet tall and sports 8 flying buttresses that give it a rocketship shape. 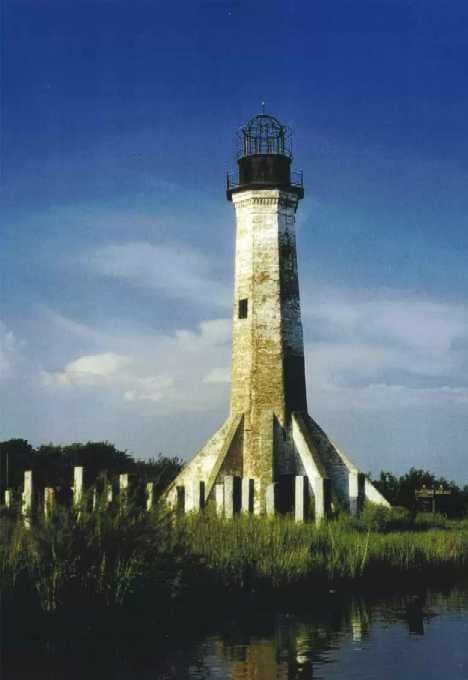 The Sabine Pass Lighthouse originally ran on whale oil and, barring the Civil War years, remained lit by one means or another from 1857 to 1952. The lighthouse was added to the National Register of Historic Places in 1982 and having survived countless hurricanes and marsh fires, presently awaits restoration. 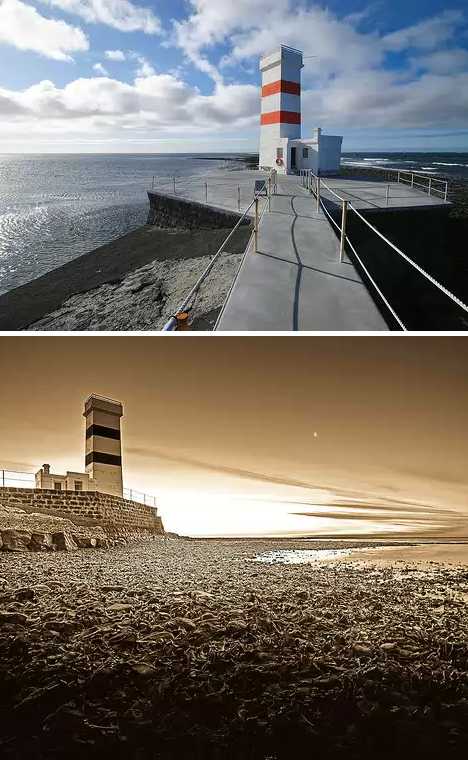 (images via: ~steini~ and Oli Haukur)

Built in 1897 and inactive since 1944, Gardskagi Light is located on the northwestern tip of the Reykjanes peninsula about 8 km (5 miles) northwest of Keflavik. The lighthouse consists of an 11 meter (36 ft) tall square tower with a small attached single-story equipment room. 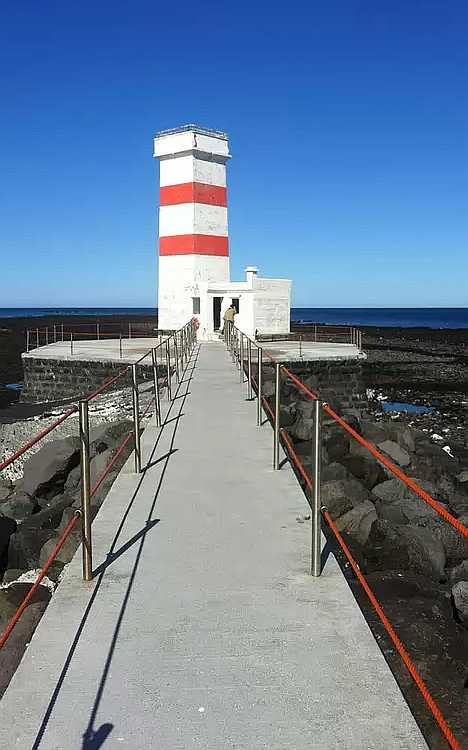 The lighthouse’s lantern has been removed but rather than let the remains slowly deteriorate, the local authorities have reinvented the site as a fenced bird-watching tower with access to the topmost level via the internal stairway. With its whitewashed walls and natty twin red bands, the Gardskagi Light seems about as happy as an abandoned Icelandic lighthouse can be.