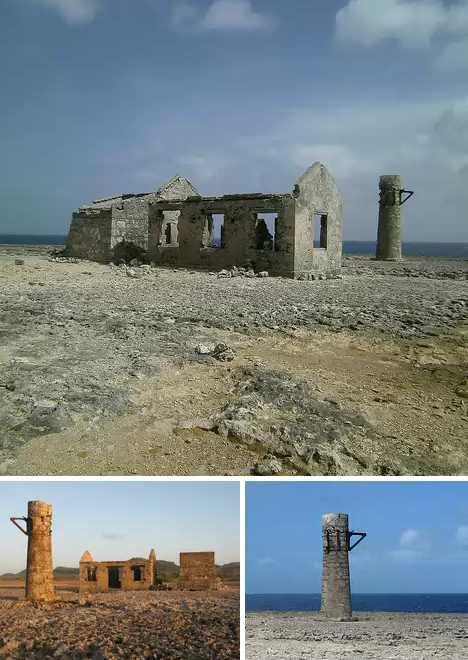 The Dutch Caribbean island dependency of Bonaire boasts a wealth of vintage lighthouses, most of which were renovated and repainted in 2012. Not the Old Malmok Lighthouse, though, being as over a century of decay has taken too great a toll on both the lighthouse and its accompanying combination keeper’s house and research station. 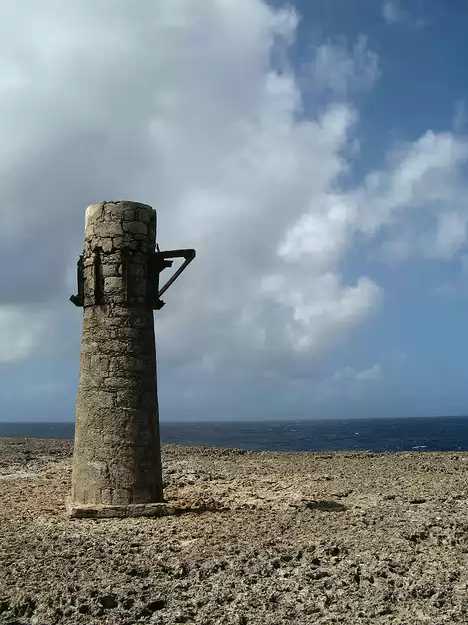 Built in 1906, the lighthouse was never used as it quickly became apparent that even mild waves would cause damage to both the tower and the outbuilding. In the event, neither of the structures has lost its footing over decades of storms, surges and shrieking hurricane winds. Guess they don’t build ’em like they used to. 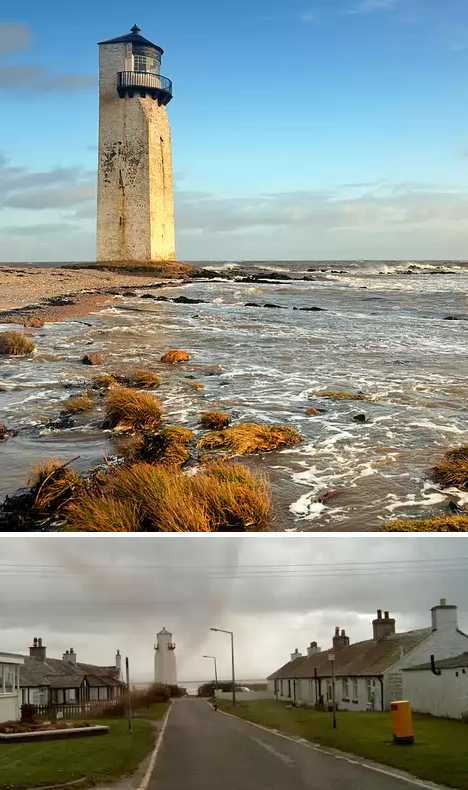 (images via: Iancowe and Galloway Association of Glasgow)

Southerness Lighthouse, located on the southwestern coast of Scotland near Dumfries, is the second-oldest lighthouse in Scotland – built in 1749, its beacon was first lit in 1800! The lighthouse was raised in 1795 and 1844 to its current height of 17 meters (56 ft), the latter modification giving the tower its distinctive squared-off style. The lighthouse’s lamp was extinguished between 1867 and 1894 due to financial difficulties and snuffed for good in 1936. 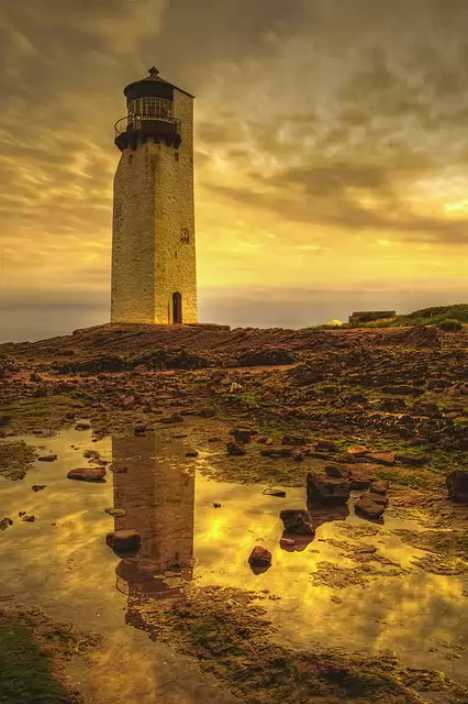 Old as it may be, Southerness Lighthouse was soundly built so that over 250 years of Scottish weather have left nary a mark. Local authorities so conduct regular maintenance on what is now a tourist attraction and regional landmark, however, which explains the structure’s attractive coat of whitewash. 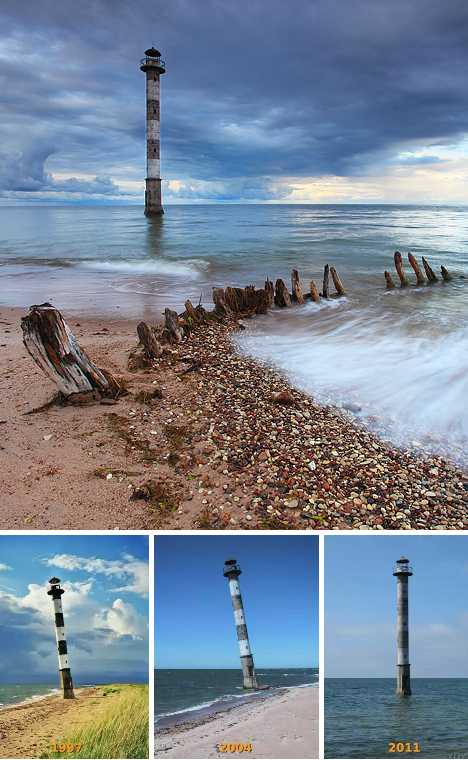 When coastal erosion is accelerated by rising sea levels, shore-level lighthouses like the leaning Kiipsaare Lighthouse (Kiipsaare Tuletorn) on Estonia’s Saaremaa island lose out big-time. Built in 1933 a seemingly safe 25 meters (about 82 ft) from shore, the lighthouse’s base is now completely awash during high tide. The good news is now that the waves can do damage to all sides of the lighthouse’s base, the tower’s formerly pronounced seaward lean has been reversed. Estonian native Anne Maenurm‘s image of the lighthouse and an ancient shipwreck above comprise a silent sunrise tableau we’re privileged to enjoy viewing. 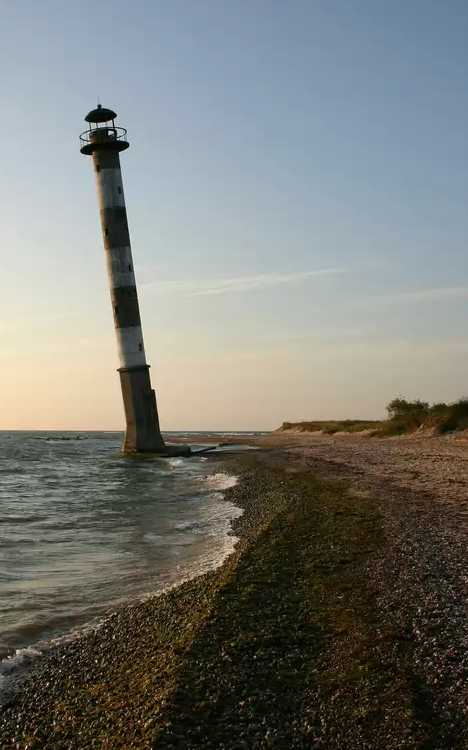 Photographer Lauri Oherd, whose haunting image appears above, has captured and uploaded a number of unique views of Kiipsaare Lighthouse from inside and out. One assumes access to the tower was gained at low tide, a technique which may not be doable much longer as the coastline of Saaremaa continues its losing battle with the Baltic Sea. 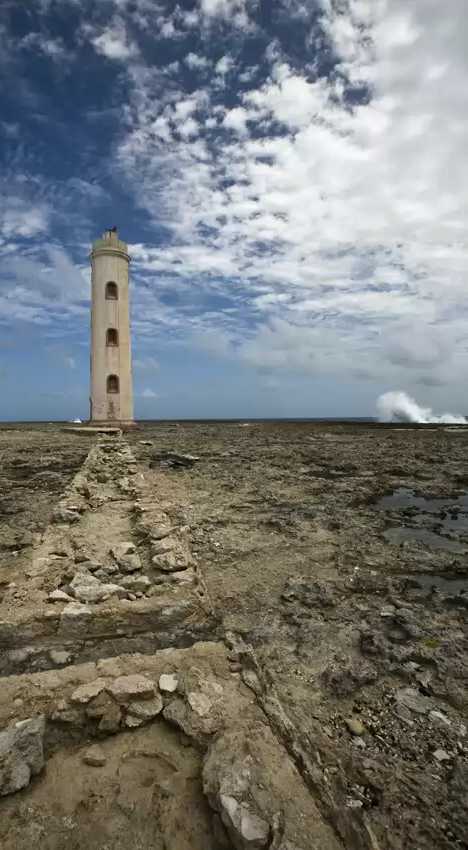 The lights are going out all around the world… and that’s not such a bad thing if you’re into cool ruins and appealing abandonments. Lighthouse fans shouldn’t worry, though, as the number of working lighthouses still vastly outnumbers those whose lights are forever extinguished. Cut, fade to black.