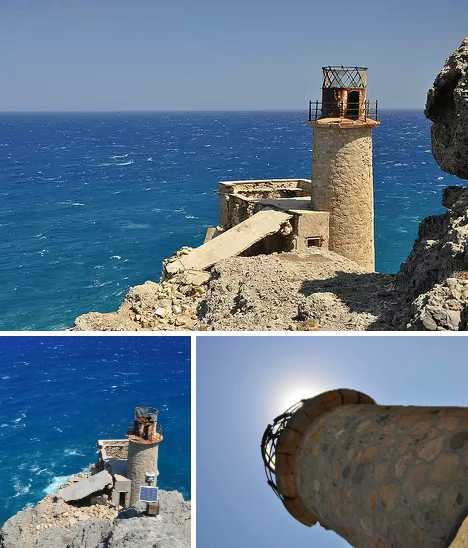 Constructed in 1864 by French engineers in the service of the Ottoman Empire, the abandoned Agios Ioannis Lighthouse is located at the seaward edge of a knife-edge ridge at the northern entrance to the Gulf of Mirambéllou in northeastern Crete. 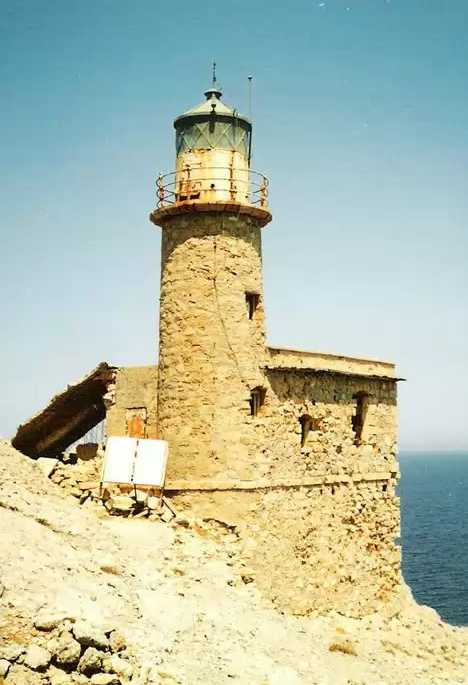 Though the lighthouse’s stone structure is sound, the white paint that once covered the walls has long since peeled away. In addition, the loss of the tower’s metal lantern dome in a 2008 storm has left the interior vulnerable to rain and airborne debris. 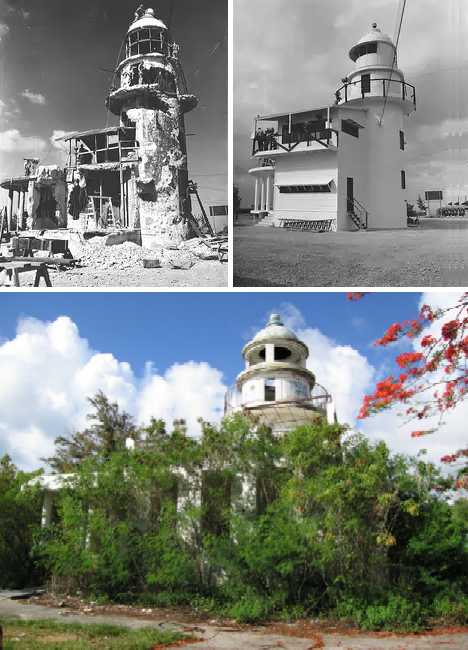 Following World War I, the Japanese Empire seized the Northern Mariana Islands from Germany and developed a substantial amount of infrastructure. The Garapan Light on the island of Saipan is just one example. Built in 1934, the lighthouse was extensively damaged during the American invasion of Saipan in the summer of 1944. Following the battle, the 117th Seabees were sent in to repair the lighthouse; looks like they did a bang-up job! 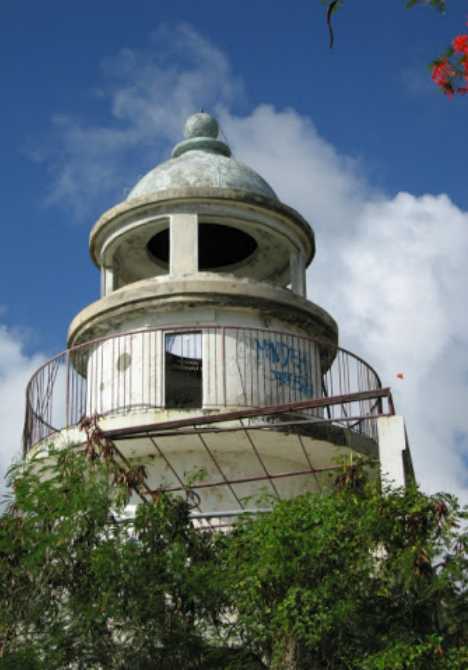 In the early 1990s an attempt was made to repurpose the now-abandoned lighthouse as a restaurant but by 1995 the venture was deemed unsuccessful and the structure was once again abandoned to the vagaries of wind, weather and vandalism. Paul Sturm has compiled and posted an eye-opening image portfolio that provides an up close & personal look at this unique vestige of Imperial Japanese colonial architecture. 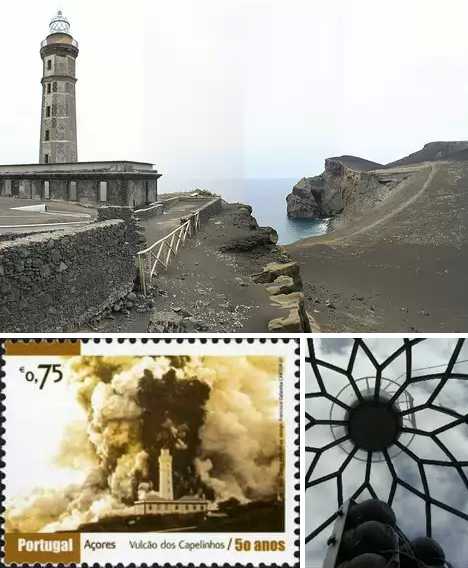 (images via: Mr_smee44 and Waymarking)

The Capelinhos volcanic eruption that occurred from September 1957 through October 1958 enlarged the Azores island of Faial by 2.4 km² and led to the emigration of over 4,000 Portuguese-speaking natives to the United States and Canada. The eruption also put the beautiful Capelinhos Lighthouse out of commission though the tower itself did not sustain major damage. 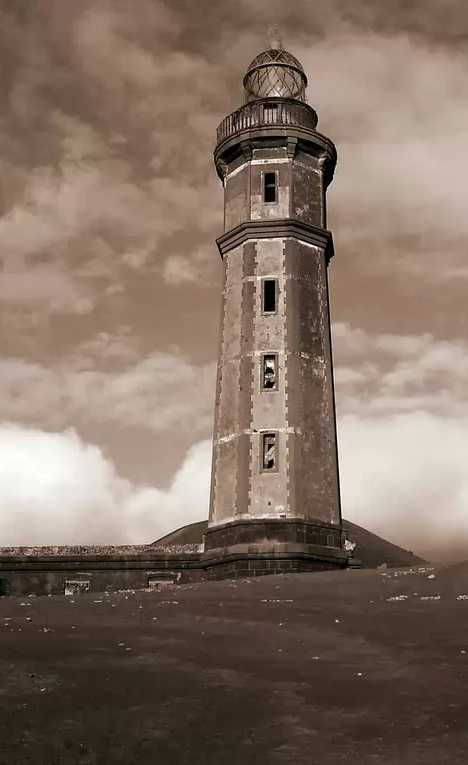 Formerly overlooking the Atlantic Ocean on Faial’s westernmost cape, the Capelinhos Lighthouse now finds itself about 300 meters (around 1,000 ft) inland with its first two stories buried in hardened black volcanic ash. The upper floors below the tower have been turned into a museum and interpretive center documenting the eruption alond with the history of Faial.