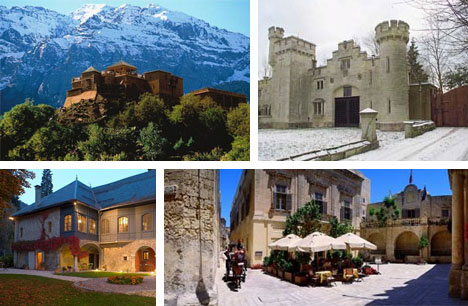 Imagine curling up in front of an 800 year old fireplace where a king once rested (or was arrested!). Many castle hotels once belonged to (or were used to imprison) kings, queens and other royalty as far back as the 1300s. Regardless of your budget there is a cozy fortress or magnificent castle hotel to be found in virtually any part of Europe, some parts of Africa and Asia and even in a few places in the United States. From Britain to the United States and Morocco to France here are 8 impressive places you can literally live like royalty – at least for one night. 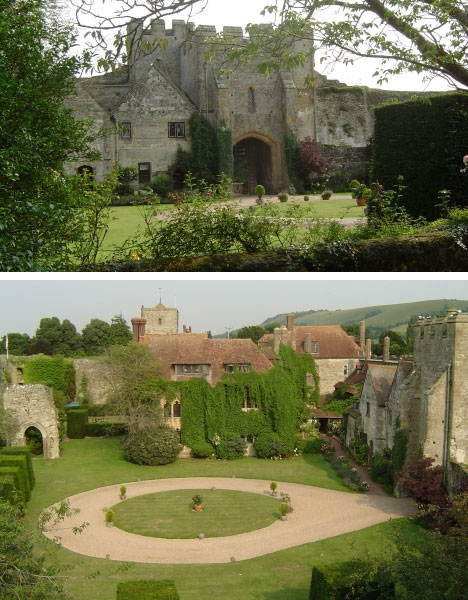 At nearly 1000 years old, Amberly Castle has virtually seen it all. It was once owned by Queen Elizabeth the first and its walls were attacked long ago by Cromwell. Even now the Portcullis is raised each morning and lowered each night. This in addition to a 60 foot thick outer wall is sure to keep out trespassers. The exterior might be rustic but the interior is anything but antiquated. This rather luxurious castle hotel curiously features a tennis court, 18-hole putting course and jacuzzi bathrooms. 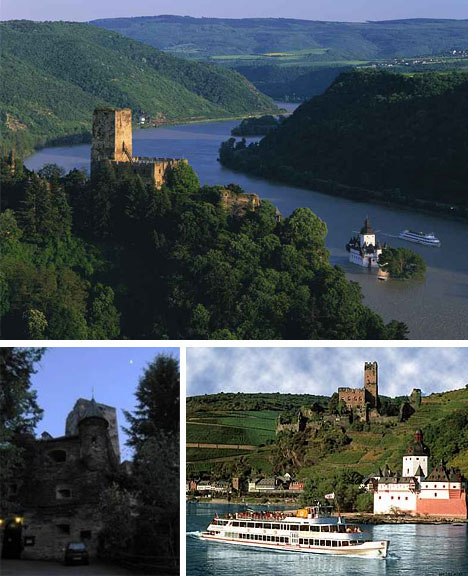 While some of these castle hotels are lavishly decorated, gloriously restored and a haven for tourists and overnight guests alike, castles like Burg Gutenfels on Germany’s Rhine River prefer to stay off the beaten path and remain intentionally more rustic. The rooms come complete with antiquated leaded-glass windows, creaky floors and faded tapestries pronouncing in disappearing scripts the former residents of the castle. In one small turret secluded there is even a secluded dining table for two. 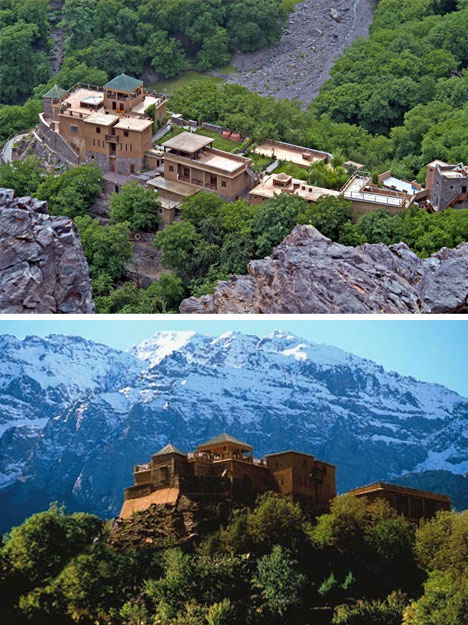 And if you think the German castle hotel above is rustic, the Kasbah du Toubkal sits at the foot of Jbel Toubkal, the highest peak in North Africa – incredibly removed from typical civilization. Whereas you might arrive at your other castle locations by private plane or limousine this Moroccan fortress hotel is unreachable by motor vehicles – a donkey is a typical traveler’s best bet. You might think that would make this place inexpensive to stay in but it is remarkably fancy for its remote location and still costs a few hundred dollars per night – not to mention the cost of getting this far away from civilization. 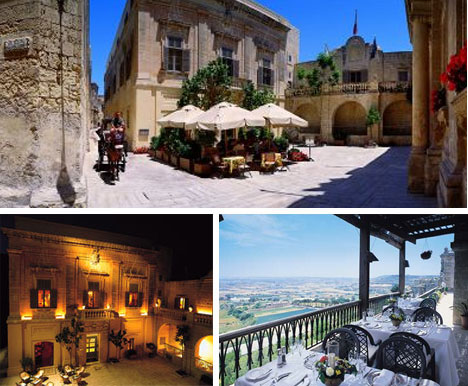 The Xara Palace Hotel is located on the Mediterranean Island of Malta in th fortified city of Mdina. This palace has served as home to noble families and was used by the British in the second world war. It has since been immaculately restored and provides amazing views on adjacent landscapes. Due to its relatively remote location (off the beaten tourist trails) this is a rather luxurious destination that most people don’t think to visit when they are in Europe – a worth-visiting out-of-the-way spot. 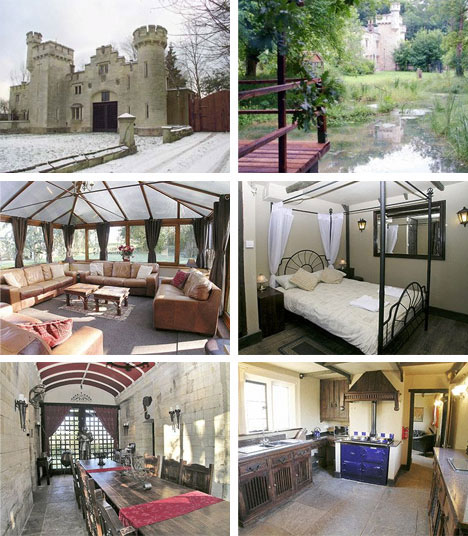 Some (more affordable) castle hotels can be stayed in for under 100 dollars per night while other (more luxurious) castles can be rented out in their entirety at prices best left unmentioned. Long’s Park Castle falls into the latter category – a splendid sanctuary that can be completely rented for exclusive group retreats. Original beamed ceilings, stone walls and other features date back to the construction of the castle and each room comes complete with its own spiral staircase access. 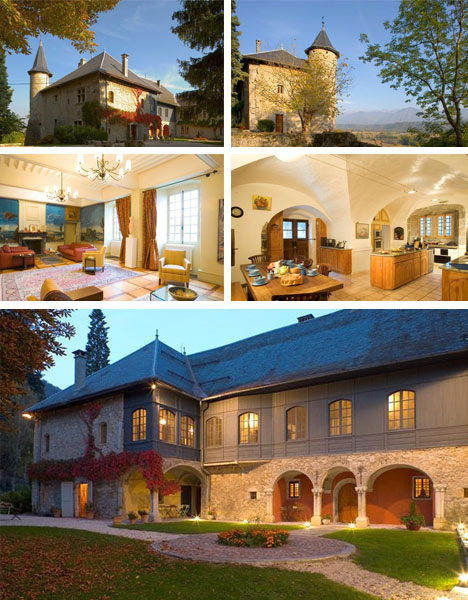 Chateau St. Philippe is one of the oldest castle hotels in the world and sits in a picturesque small town (complete with open-air French markets and smelly cheese shops) at the foot of the alps. It was built by monks in the mid-1000s but fell into disrepair in the 1300s and was restored over the next few centuries. It was passed down within a wealthy family before being sold for 100,000 pounds in the early 1800s. Finally, in 2001 the chateau was purchased by Americans and turned into a group retreat space that accommodates small parties of 20. 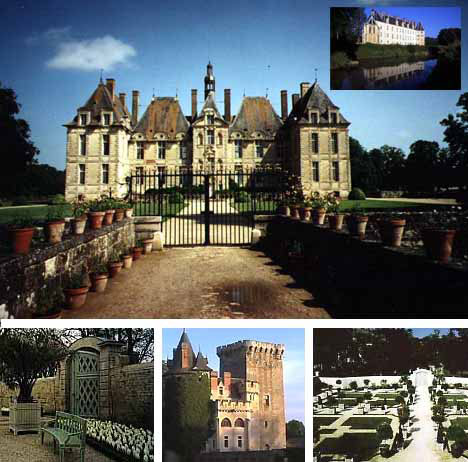 If you plan to stay safely in a castle it can’t hurt to be surrounded by a real-life moat. Though at this castle the moat didn’t save a thirteenth-century king from being imprisoned in his own tower. Up to 250 guests can stay in the Chateau de Saint-Loup for everything from private vacations to wedding or other celebrations. Rooms are done in up in medieval style with four-poster beds and stained-glass windows. Ancient gardens are kept in use, growing fresh fruits and vegetables. 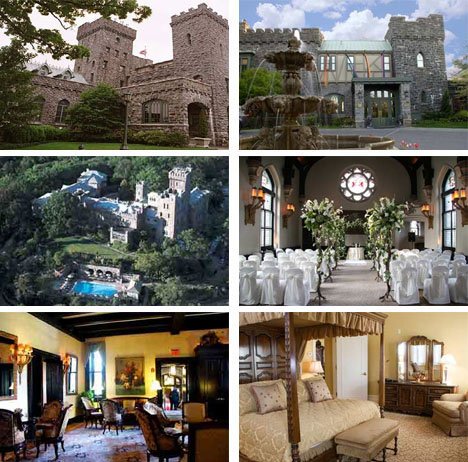 We all know the United States is simply too young to find actual castles, right? Well, you won’t any castle in the traditional sense for sure but there is one faux-mideival fort (though it is only a few hundred years old) amazingly less than 30 miles from Manhattan. You can even see New York City from the turrets! Of course the only authentic element is an actual dining from of Louis XIV that was physically brought to the US and reassembled on site. Still, for those who can’t afford to fly to Europe for a castle hotel vacation this will do in a pinch.