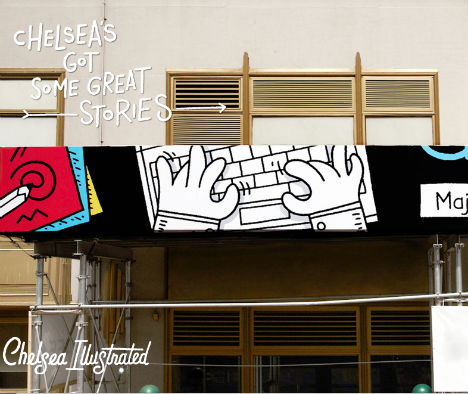 Scaffolding is rarely attractive, but Google might just change that perception with a 450-foot mural by Brooklyn design studio Dark Igloo that wraps around its building in New York City. ‘Chelsea Illustrated’ doesn’t just hide the scaffolding that covers the building, it tells the story of the neighborhood in bold, graphic cartoons. 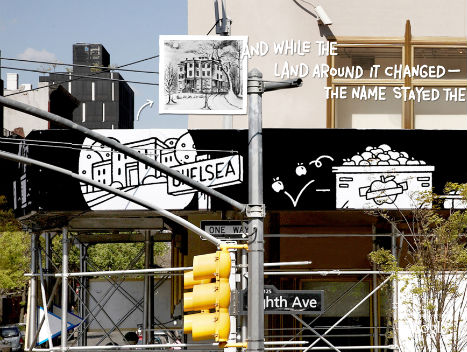 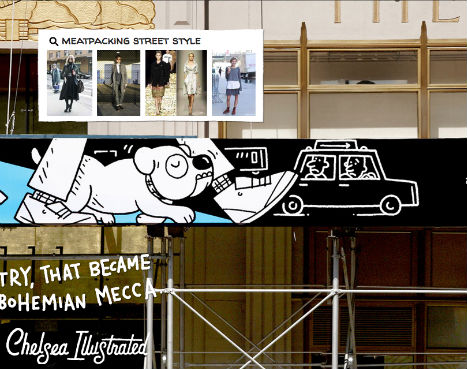 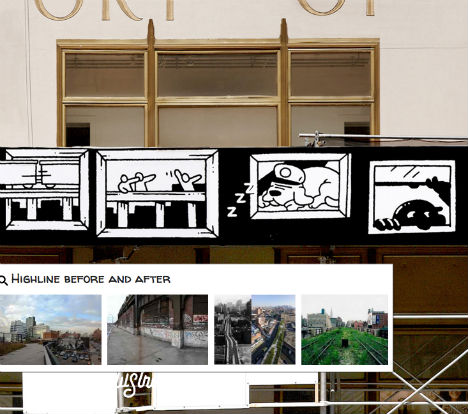 Google has created an interactive website that takes visitors who can’t see the mural in person – and even those who can – through each illustration, providing tidbits of information about the cartoons. Chelsea’s got some great stories, the website says, starting with the fact that the neighborhood is named after the estate of Clement Clarke Moore, a professor of literature at Columbia University in the 19th century. 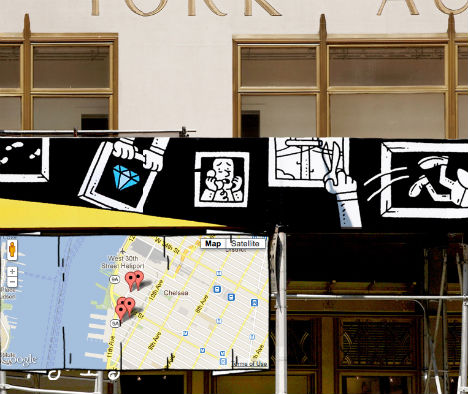 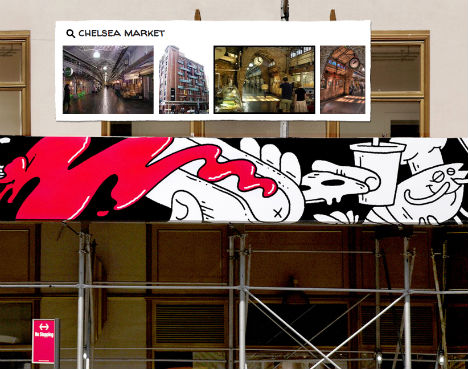 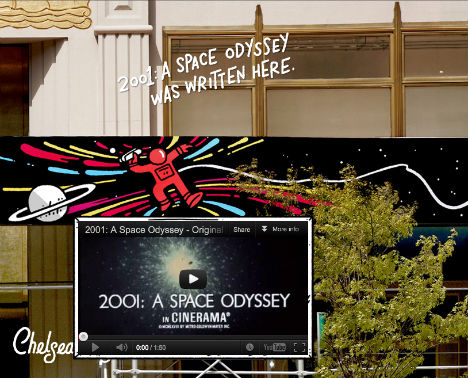 Other Chelsea institutions included in the mural include the National Biscuit Company truck from the 1900’s, meatpacking street style, and before-and-after images of the High Line, which is a public park built on a historic elevated freight line. It includes images of notable residents, and important works of literature and music that were written there, including Jack Kerouac’s ‘On the Road’. 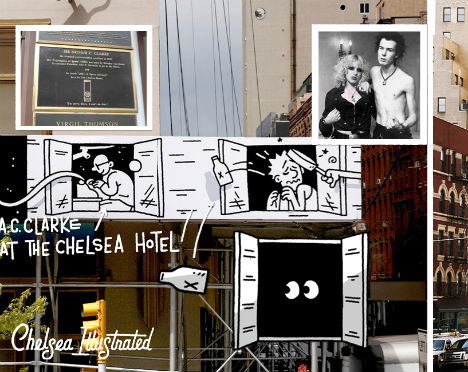 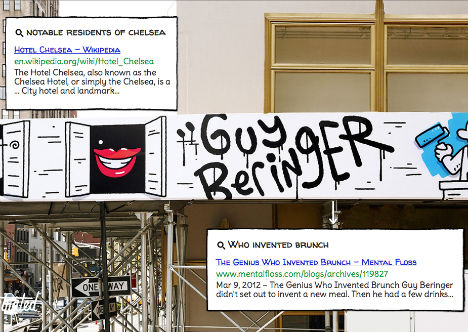 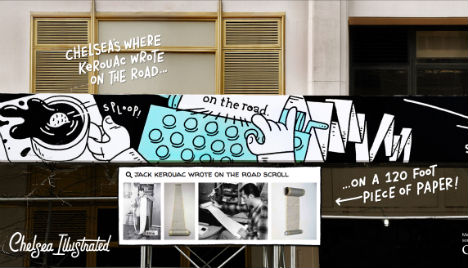 Google purchased the building for 1.9 million dollars in December 2010. The scaffolding is up for a routine inspection. Dark Igloo also assisted with the branding for the 2012 Bonnaroo Music Festival. See more of their work at their Flickr stream.