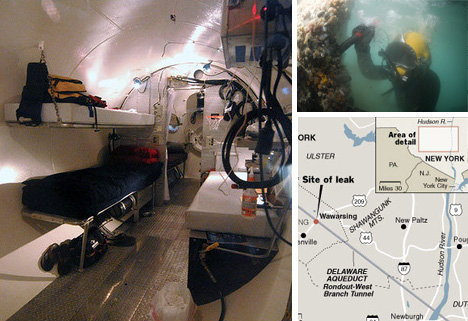 It sounds a little like the premise of some B-caliber science-fiction film: there are residents living in tunnels below the city, with a twist … they dwell under the waves rather than in ground-surrounded tunnels with breathable air. 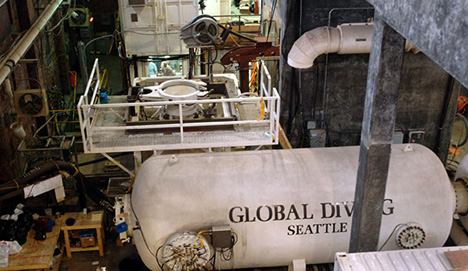 With up to 36 million gallons of water leaking out of a key aquifer, a crew of willing workers is committed to finding and fixing the problem, meaning long shifts at 700 feet below the surface.

A team of a half-dozen brave repair people are in the middle of this messy adventure, each having to drop down seventy stories to their 24-foot tubular temporary home, complete with television, showers and Nerf basketball hoop. 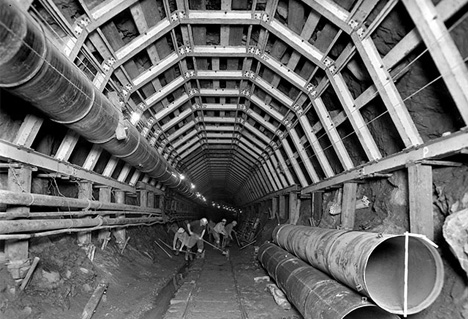 (Seen above: the tunnel while it was being built, but before it was flooded). In the meantime, they are breathing mostly helium mixed with a bit of oxygen, and spicing up their bland food (apparently the atmosphere dulls taste buds) with lots of hot sauce, working in 12 hour shifts to move and replace thousands of pounds of tunnel copper. (via Wikipedia, Gizmodo & the New York Times)