You could be forgiven for cautiously entering one of these rooms full of wavy sketched lines, stepping over obstacles that aren’t really there, uncertain whether parts of the walls are really projecting out toward you. Artist Peter Kogler creates spatial illusions that take over every surface of a gallery, turning it into a ‘virtual maze.’ A master of the large-scale print, he’s spent the last 30 years perfecting his techniques. The ones involving grids of lines pull off the most disorienting effects. 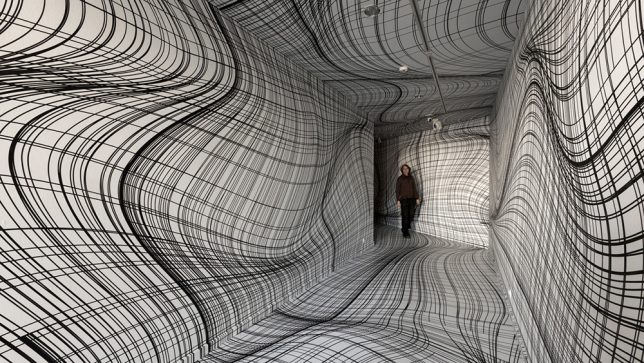 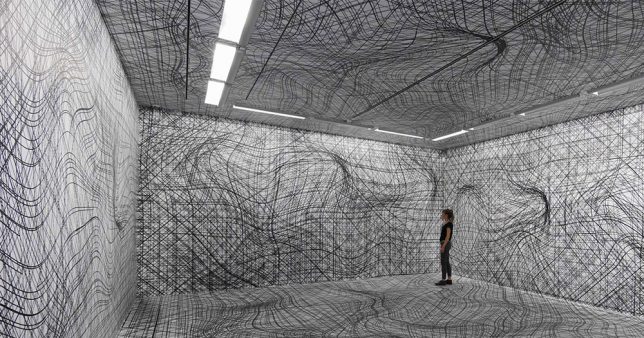 Pictured here are installations from the last few years, including work displayed at the ING Art Center in Brussels this year, the Sigmund Freud Museum in Vienna in 2015 and the Galerie im Taxiplalais in 2014. His computer-generated works have even adorned the exterior walls of pavilions and museums, and often feature imagery of snakes, ants and pipes. 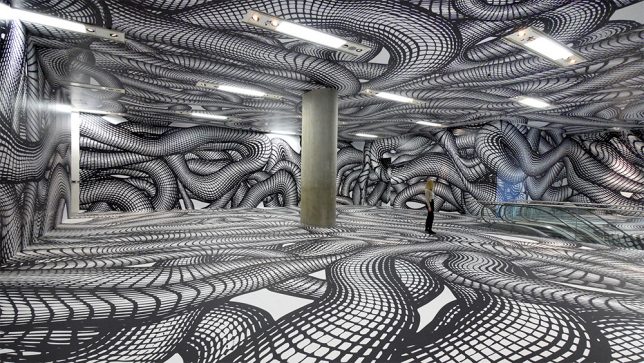 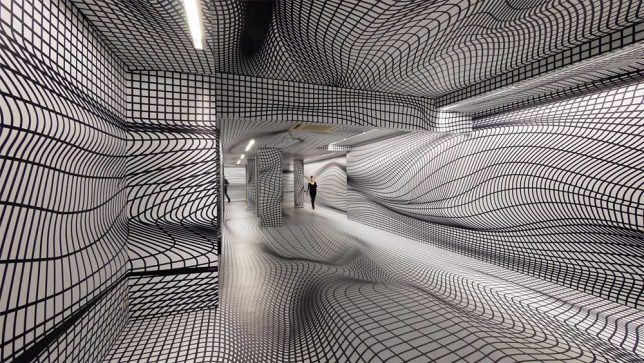 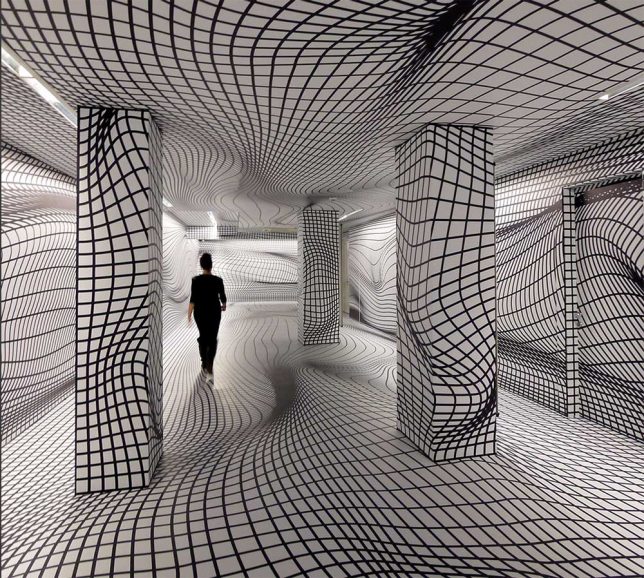 According to his artist statement, “Kolger has been interested in new, innovative art practices, not only in the field of visual, but also in performative arts, sound and music. He continued his work by shifting the boundaries of artistic expression and developed a very impressive, emotionally and artistically convincing world, whose layered meanings open communication paths to the widest public.” 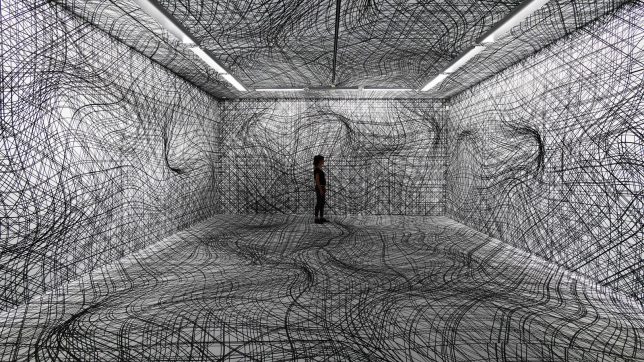 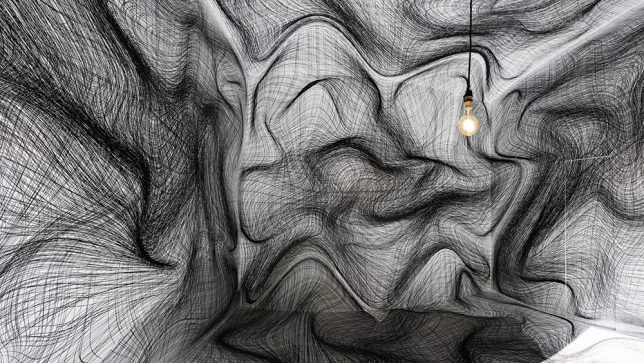 “After several years of research at the beginning of his artistic career, in painting, performance and experimental film, since 1984 Kogler has used computer technology. Heralding the future development of computer-generated art already in the ‘60s, in the spirit of that positivist-optimistic time, Michael Noll wrote: ‘The computer is an active medium the artist can interact with at a new level, liberated from many physical limitations of all former media. The artistic possibilities of this kind of creative medium as the artist’s helping device are truly exciting and challenging.”