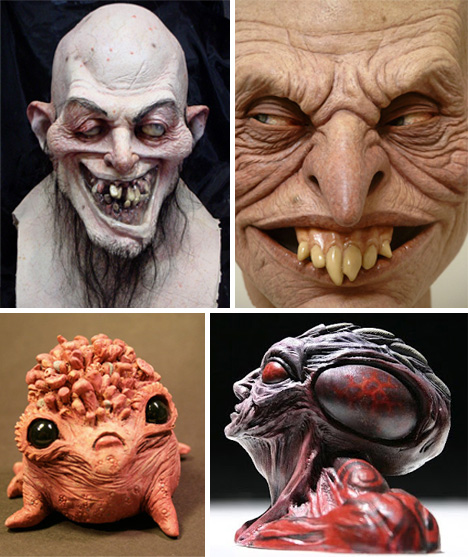 With birds chirping all over the place, and the sun shining across fields of flowers, Spring is in full bloom. What better time to have a little contrast by delving into the dark and grisly world of monster sculptures. With artists like Jordu Schell and Chris Ryniak, and other stars in this niche, it’s a great time to be scared. 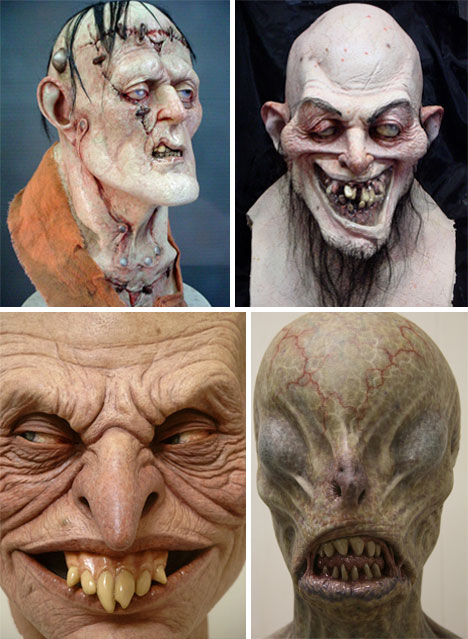 Jonathan Fuller sculpts monster masks, like the first two examples above, with an incredible eye for what’s terrifying. Every facial detail is just twisted enough to turn something recognizably human into a face that is clearly just wrong. Another leader in monster sculpting is Jordu Schell, who created the next two pieces in the above example. These sculptures are just as devilish and creative. With an attention to detail that rivals big-budget film sets, there is no way he is not one of the best artists out there. 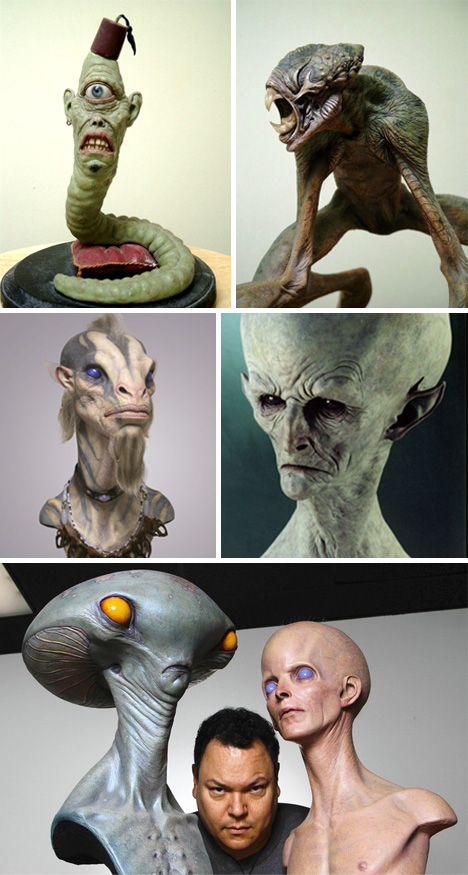 Jordu Schell’s work is incredibly varied. Not all of his sculptures are meant to be scary, though it’s pretty clear that they’re all meant to be just a little… strange. From aliens to nightmare creatures, each one seems to come from its own distinct world. A world that would definitely be interesting to visit. 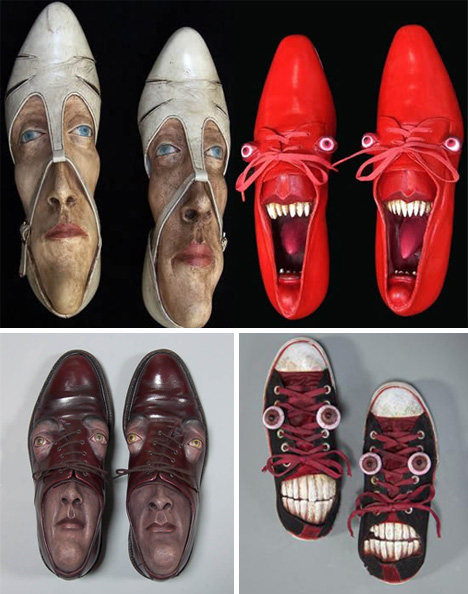 Nobody can fill Gwen Murphy’s shoes (horrible pun intended). Her unique take on footwear art is surprisingly disturbing. The anthropomorphic footwear is just human enough to send chills down one’s spine. It would be difficult for anyone to look at their shoes the same after seeing one of her exhibits. 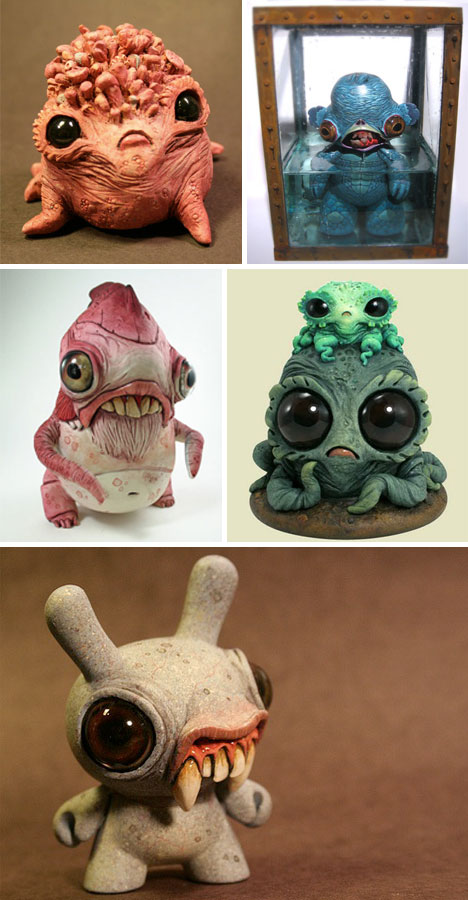 Chris Ryniak is all about the cute and cuddly… kind of. His amazing creations are like baby monsters; they have just enough youthful cuteness to make you pause for just a second before realizing they’re actually horrifying. The variety of his creatures is one of the most entertaining features of his work. Each one is entirely unique, even though one can immediately tell they came from the same artist. 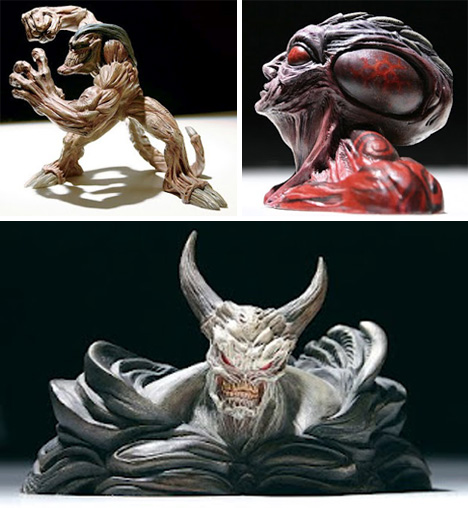 Ben Adams is a sculptor whose devilish creations seem to have stepped directly out of the bowels of hell. Ben is clearly someone who studied anatomy, as the musculature of each sculpture looks like it came straight out of a medical textbook for demons.