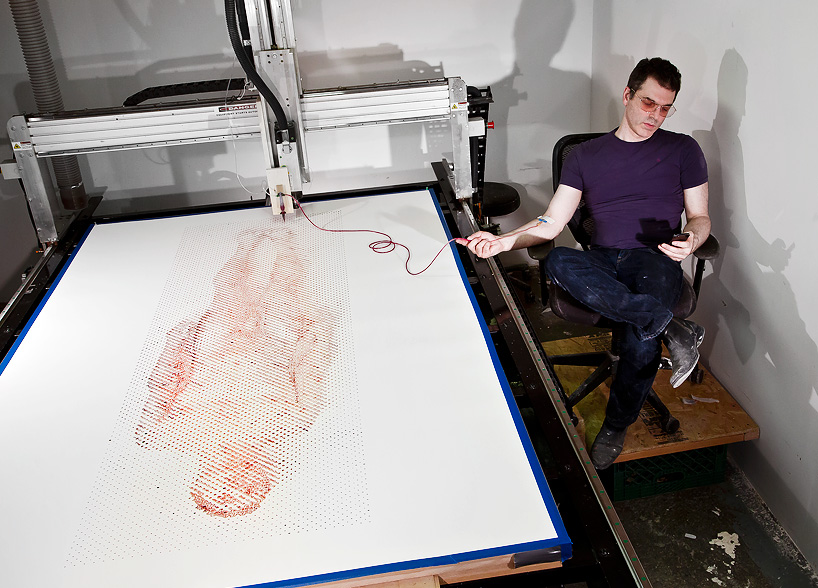 Blood streams from Ted Lawson‘s arm into a CNC printer, which uses it like ink or paint to robotically create the Brooklyn-based artist’s image. ‘Ghost in the Machine’ is a life-sized nude self-portrait rendered in just about the most graphic way possible, the whole process captured on video as an alarming amount of blood is applied to a blank white surface. 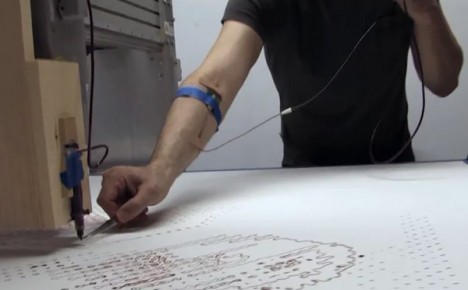 Visibly drained by the process, Lawson sits beside the machine as it works, replenishing himself with juice as his blood streams out in little squiggles. At first, the image is abstract, slowly coming together as the robot follows the guidelines of the illustration. 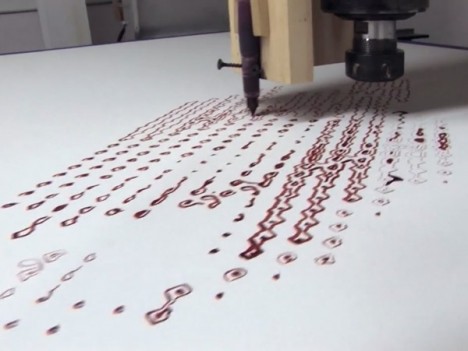 “I’m generally not into doing selfies, particularly nude ones, but when I came up with the idea to connect my blood directly to the robot (CNC machine), it just made too much sense to not try one as a full nude self-portrait,” Lawson told the Associated Press. 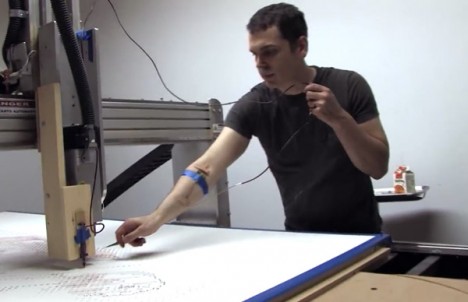 “In this series I’m really just trying to make a good drawing, which requires a lot of process and spontaneity to achieve. I do consider these works to be drawings and not prints, in that I allow the robot to make certain mistakes or leave in certain glitches on purpose.” 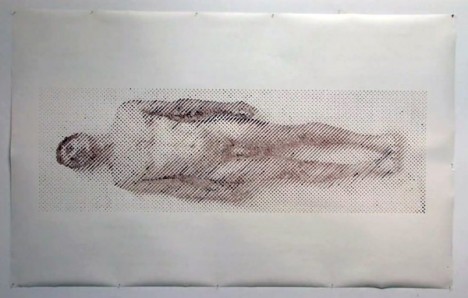 The final print will be on display at the Joseph Gross Gallery in New York City from September 11th through October 4th as part of Lawson’s solo exhibition, “The Map Is Not the Territory.”